August 12, 2015
Aden Hailu had pain in her abdomen on April 1, 2015. Exploratory laparoscopic surgery was done. Every organ in Aden's abdomen was normal. Her appendix was removed, as is commonly done at times of exploratory surgery when the cause of the pain is not identified. After the surgery had ended, but while still in the operating room, Aden's blood pressure and heart rate decreased. Aden was resuscitated, but she has not awakened since surgery. The doctors concluded that Aden had lack of oxygen to her brain. On April 16 doctors declared that Aden is "brain dead." Aden's heart continues to beat. Aden has normal vital signs of temperature, heart rate, blood pressure, respiration and interdependent functioning of many organs of her body. (See www.renewamerica.com/columns/byrne/columns/150706 and /150727 for more details.) 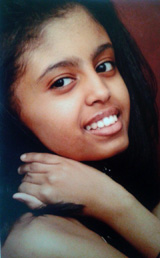 Aden's father and family believe that these vital signs and other observations including Aden's continuing to put out urine and having bowel movements indicate that Aden is alive.

Aden's brain has produced thyroid stimulating hormone (TSH) her entire life. For this to occur, Aden's must have a functioning brain. This requires blood supply to her brain, specifically her hypothalamus. However, Aden is not producing enough TSH for normal thyroid functioning which is not only needed for optimal functioning of many organs but also the brain. Laboratory tests of her thyroid hormones are very low, indicating hypothyroidism.

Since surgery Aden has been receiving intravenous nutrition. Such nutrition is not complete and is causing damage to Aden's liver. Yet the doctors refuse to provide nutrition to her normal gastrointestinal tract by nasogastric or PEG tube. (PEG stands for percutaneous endoscopic gastrostomy, a procedure in which a flexible feeding tube is placed through the abdominal wall and into the stomach. PEG allows nutrition, fluids and/or medications to be put directly into the stomach, bypassing the mouth and esophagus.)

A tracheostomy has been indicated since the middle of April but the doctors refuse to do this. For further evaluation the Court required a physician or physicians licensed in Nevada. An ENT physician licensed in Nevada testified by telephone that a tracheostomy was indicated, however, the Court was not satisfied with his testimony because the physician had not reviewed the entire record and was relying on recorded court testimony, which was the best that could be provided in the short time prior to the Court session. The District Court ultimately ruled that the doctors and hospital could stop all treatments for Aden.

Aden's father has appealed to the Supreme Court of Nevada. It is estimated that this will take 3 to 6 months. Meanwhile the doctors and hospital in Reno, Nevada have refused to administer common and ordinary treatments of thyroid medication, tracheostomy and a PEG tube.

Aden does not have "irreversible cessation of all functions of her entire brain, including her brainstem," which is the stated requirement of the Uniform Determination of Death Act (UDDA) and the Statute in Nevada. For example, Aden has had three EEG's (recording of brain waves). The first was normal and the others were not flat and cannot be conclusive of no brain electrical activity. Aden has a normal temperature, which has not equilibrated with the environment. Warming blankets would be required if Aden's hypothalamus would not be functioning. The doctors state that they are following the Guidelines of the American Academy of Neurology (AAN) when they determined that Aden was "brain dead." The UDDA states that that determination must be made in accordance with accepted medical standards. Accepted standards of what and whom? The Guidelines of the American Academy of Neurology are "guidelines," not "standards."

There is no consensus as to which of the myriad sets of published criteria that must be followed. (See Neurology 2008; 70:284-289. "Conclusions: Major differences exist in brain death guidelines among the leading neurologic hospitals in the Unites States. Adherence to the American Academy of Neurology guidelines is variable. If the guidelines reflect actual practice at each institution, there are substantial differences in practice which may have consequences for the determination of death and initiation of transplant procedures.")

Thirty sets of criteria to determine "brain death" were published between 1968 and 1978. Many more have been published since then. When there was no consensus, the leaders representing the AAN looked at the evidence, then published that the evidence based is mostly at Level U, which is "Data inadequate or conflicting; given current knowledge, treatment (test, predictor) is unproven" (Neurology 2010; 74: 1911-1918). The UDDA has strong requirements that must be fulfilled before initiating the transplantation procedure or turning off life support. The Guidelines of the AAN are not as strict as the requirements of the UDDA.

Ordinary persons capable of sound reasoning are and will be astounded when they become aware of what happens or has happened to their loved ones determined to be "brain dead." Not unlike Fanuel, father of Aden, who has told me many times, "What is going on does not make sense. Aden is alive."

Aden is a living person with an injured brain in need of food, water, thyroid supplements and support of ventilation. Ventilation can have the effect of oxygen in and carbon dioxide out only in a living person with functioning lungs, beating heart and circulation. Aden is not a dead body.

The estimated duration of the Nevada Supreme Court appeal process is 3-6 months or longer. Every day that Aden lives, she is deprived of common and inexpensive treatments including, but not limited to, thyroid medication and adequate nutrition. As an important and significant aside, thyroid hormone is commonly given to those declared "brain dead" to aid in keeping their organs in better condition for transplantation. Aden, herself, is entitled to what would make her organs healthier for someone else.

The appeal process is very expensive, beyond what Aden's family has. And if the appeal process is successful in protecting Aden, where are the doctors who will be willing and wanting to treat Aden? Nevertheless, so long as Aden lives, there is hope. 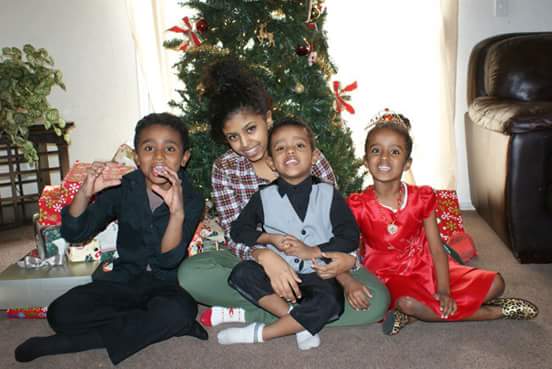 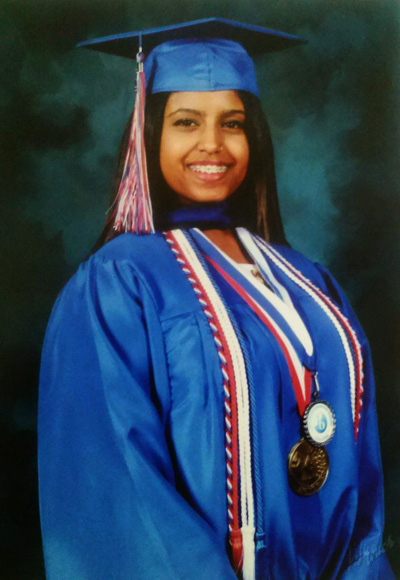