June 12, 2011
A problem with which American administrations have grappled since the days of Thomas Jefferson's presidency has been Arabs and the Middle East. The Marine anthem mentions "the shores of Tripoli" because, in 1801, Jefferson sent them to there to put down the Barbary pirates. 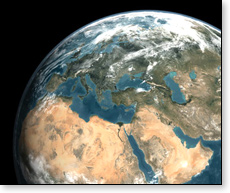 One of the best books on this subject is "Power, Faith, and Fantasy: America in the Middle East, 1776 to the Present" by Michael B. Oren who, with exquisite irony, is currently serving as the Israeli ambassador to the United States, the nation of his birth.

Regarding the Middle East, if you have had the feeling that the Obama administration has been spectacularly inept as it takes its turn at bat, you're right. Barely six months into his first year, on June 4, 2009, the newly-minted President gave a speech in Cairo.

"I've come to Cairo to seek a new beginning between the United States and Muslims around the world, one based on mutual interest and mutual respect, and one based upon the truth that America and Islam are not exclusive and need not be in competition. Instead, they overlap, and share common principles — principles of justice and progress, tolerance and the dignity of all human beings."

Obama's impressions, aspirations, or re-write of history, past and present, clashes with the reality of current and past events. He has, in fact, adopted virtually all of his much maligned predecessor's policies in the Middle East and took a bow for authorizing the long awaited assassination of Osama bin Laden.

As this is being written, the White House is debating the levels of military withdrawal from Afghanistan and Iraq. In both cases the public is alternatively told that the leaders of those two nations either want the U.S. to leave or to stay. Where the truth falls no one seems to know.

It is very instructive to read what is being published in the newspapers that serve readers in the Middle East. Suffice to say that neither the President, nor his policies, is well regarded. One can read daily translations of articles from their press, as well as Asia and Europe at an interesting site, .http://watchingamerica.com/News.

I would argue that no amount of "hands on" involvement with the events unfolding from the Maghreb nations of northern Africa to those that form the heart of the Middle East will significantly alter the outcome of events occurring there.

In addition to the uprisings to throw off the shackles of despotism from Tunisia to Libya to Egypt to Syria, Bahrain to Yemen, the common denominator for these and other Arab nations is their well-deserved sense of having been the victims of various regimes. They are all likely to be united in their fear of the rise of Iran, a Persian nation, and one that will soon achieve nuclear parity with Pakistan, India and, yes, Israel.

The world has lived with "the bomb" since the end of World War Two in August 1945. Nuclear weapons have not been used since, but Iran is the wild card. It will not yield to international sanctions. Its cabal of ayatollahs will not be overthrown from within. It must either suffer a massive attack on its nuclear and military facilities or it will fill the skies over Israel and other nations with mushroom clouds.

The leaders of Western nations seem unaware that, immediately upon the death of Mohammed in 632 A.D., Islam split into two factions, Sunnis and Shiites, who have been in conflict with one another ever since.

The history of Islam consists of waging war on everyone else as well either for the purpose of conversion, looting, or the collection of taxes laid on non-Muslims. This history has been broken by rare, short periods of tolerance, but Muslims, convinced that their Koran is the absolute word of Allah, have been indifferent to the values of the West and the advances of modernization that have usually been imposed on them through colonialism.

Islam has been around nearly 1,400 years and gives no evidence of reforming itself away from the Arab culture in which it took seed and away from the brutal punishments that pass for justice. It was and is a savage "religion" bent on global domination.

Even when Muslims find hospitality in non-Muslim nations like those of Europe they immediately set upon an effort to impose Sharia law, usually through intimidation, on the indigenous population. In the Middle East, hands and heads are still cut off, rape victims are stoned, and a charge of blasphemy or apostasy can get you killed.

As this is being written, Christians and the few Jews still residing in the Middle East and the Maghreb are fleeing for their lives as their churches are being burnt to the ground and their lives are at risk.

One would think that, after U.S. involvement — invasions — of Afghanistan and Iraq, we would have figured out that Islamic nations are impervious to any concept of Western style democracy. Islam's claims to be a religion are framed within a political system run by theocrats.

Elections have managed to put Hamas in charge in Gaza and Hezbollah in charge of Lebanon. The ayatollahs grabbed power in Iran and turned that nation into a prison. The mobs in the streets of Syria are trying to overthrow the Assad dynasty, warring against an Alawaite minority tribe ruling as Baathists. Yemen is a basketcase and Somalia is even worse.

The ignorance of these facts has cost Americans billions, if not trillions, with our adventures in Afghanistan and Iraq. It has led President Obama to intercede in Libya for no good reason. It is a desert under which oil exists. Beyond that, it hardly matters which dictator is in charge. Gadhafi's dabbling in terrorism cost him more than it was worth.

So long as Obama is President, the U.S. will pursue unrealistic and often stunningly stupid policies and actions as regards Islam and Muslim nations.

By way of one small example, in April Janet Napolitano, the Secretary of Homeland Security, appointed Arif Alikhan, a devout Muslim, as Assistant Secretary for Policy Development. Alikhan was born in Damascus, Syria. I am sure you feel safer now knowing that.

Are there nice Muslims? Sure. Are there "moderate" Muslims? Possibly, but they are outnumbered by the millions who are not. Oil money and various illegal enterprises support terrorism. Even Americans contribute because the Obama administration will not permit exploration or drilling for an estimated 150 billion barrels of our own domestic oil.

And you still wonder why President Obama actually bowed to the King of Saudi Arabia? Or that George W. Bush ignored the fact that all but one of the nineteen 9/11 terrorists were Saudis? No President wants a repeat of the 1973 Saudi oil boycott.

Nothing good can come out of the current turmoil affecting most Arab Muslim nations. The U.S. would be wise to maintain its military power, but the fact is our Navy is being reduced, our Air Force is flying aging aircraft, and the combat divisions of our Army and Marines are worn out from repeated tours in the Middle East.

Obama is as clueless as Woodrow Wilson who thought he could bring "peace in our time" and only managed to help set in motion the run-up to World War Two. He has put America at risk in so many ways I am losing count.