Alan Caruba
There is no First Amendment without a Second Amendment

July 3, 2011
When we celebrate the Fourth of July, let's keep in mind that the first Americans won their independence from England with the force of arms. It was, in fact, a British effort in 1775 to confiscate military arms they believed were stored in Lexington and Concord, Massachusetts that sparked the war. 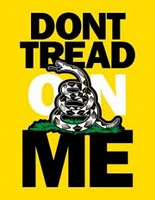 The Founding Fathers were so aware of the need for an armed citizenry that, after ensuring freedom of religion, speech, press and the right to peacefully assemble in the First Amendment, the Second guaranteed their right to bear arms.

Wherever authoritarian regimes were established in the last century, they took away this right and then proceeded to kill those deemed enemies of the state.

At this point in American history, the Obama administration constitutes a threat to the Constitution in general and the Second Amendment in particular.

Two of the organizations that have been fighting to protect these rights are the Second Amendment Foundation (SAF) and the Citizens Committee for the Right to Keep and Bear Arms (CCRKBA), both led by Alan M. Gottlieb. Three quarters of the SAF budget is devoted to defending rights pertaining to the ownership of guns and to carry them for self-defense.

In March, the liberal Huffington Post had an article titled "Obama Looking for Ways Around Congress on Gun Policy" by Sam Stein. "Faced with a Congress hostile to even slight restrictions of Second Amendment rights, the Obama administration is exploring potential changes to gun laws that can be secured strictly through executive action, administration officials, say."

Since then we have learned of a U.S. Alcohol, Tobacco and Firearms program, Fast and Furious, that actually facilitated the sale and transfer of guns to Mexico. How demented is that?

In May in my home state of New Jersey the SAF won a decision against officials for the deprivation of civil rights under the color of law when they had ruled that an applicant for a concealed carry permit had not demonstrated a "justifiable need" for it. In point of fact, the applicant, Philip Muller, had been kidnapped by members of a motorcycle gang who threatened to kill him. They had, however, grabbed the wrong man.

Despite support by local and state police, action on his application was delayed for six months. Morris County Superior Court Judge David Ironson issued a directive that a permit should be granted. The case is still on-going with other plaintiffs that include a part-time sheriff's deputy, an applicant who carries large amounts of cash in his private business, and a civilian employee of the FBI with legitimate concerns of an attack from a radical Islamic group.

Currently nearly thirty such cases have either been brought or joined by SAF to stop abuses of this most fundamental right of American citizens ranging from bans on interstate handgun sales, New York Mayor Michael Bloomberg's imposition of a $340 fee for a permit to keep a handgun in one's home, and a Chicago ban on gun ranges open to the public. These cases cost between $60,000 and $80,000 each!

"In reality," says Gottlieb, it is "a massive, global gun control scheme. It's a sham. It's a fraud." If the U.S., under the Obama administration and with the consent of the Senate, were to sign on to this treaty, it would nullify the Second Amendment.

Suffice to say that the Obama administration wants to have the power to increase federal fees on guns and ammunition, to ban guns that are imported, to extend the waiting periods for permits, to ban the use of guns on all government property, and even to make it illegal if you own a gun and smoke!

Americans do not have to "justify" gun ownership. It is guaranteed by the Second Amendment. The reality is that enemies of this fundamental rights continue to wage an assault on it.

For information about SAF visit http://www.saf.org/ and CCRKBA at http://www.ccrkba.org/.