January 3, 2013
The U.S. military has been in Afghanistan since shortly after September 11, 2001. That's eleven years and it is longer than the time spent in Vietnam, though with less casualties. We invaded Iraq twice, once to drive Saddam Hussein out of Kuwait after he invaded in 1990 and then, in 2003 to depose him in the hope of bringing "democracy" to that nation. After the 2005 elections, Iraq was eager to see us leave, but many observers say it is as wracked with violence today as it was during our occupation. 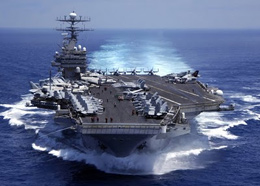 The American way of war is not working and has not been working since the 1970s.

Armies are not intended to be "nation building" forces. Their job is to kill the enemy and break things until a threat to our national security is ended. We did that during World War II, fighting it in two theatres, Europe and Asia. We won because we inflicted an enormous amount of damage in both theatres of war in just four year's time.

Empires have invaded Afghanistan for centuries and usually left bloodied and battered, Alexander the Great, the British Empire, and the former Soviet Union are examples. I doubt there is anyone who thinks we should still be there, particularly since we fought the war by shuffling in a new general every year, none of whom were there long enough to grasp what had to be done other than to build up an Afghani security force that is just as likely to oppress the people as the Taliban. The rules of engagement there are a threat to the lives of every American soldier. It is the seventh century in Afghanistan still today.

This is a very bad way to wage war in the 21st century and I suggest we need to go into combat with the intent of waging short, brutal engagements, enough to suppress the existing threat and then leave with the obvious option of returning if that is required.

World War II was one in which we had to occupy Japan to build an entirely new government and we had to aid Europe to ensure the Soviet Union would not be able to go beyond the eastern nations that were sacrificed to keep those in the west free to rebuild.

The Korean conflict, 1950 to 1953, ended in a stalemate, albeit one that allowed South Korea to develop into a modern democracy and economic force. The North has remained a horror story for its people. The U.S. has maintained a fighting force in South Korea ever since the end of the conflict and currently has about 28,000 troops there to support its military. The North is said to have a million-man army. And missiles, some of them long range. UN sanctions have had zero effect.

Let's understand something. While I served in the Army in the 1960s during the Cold War that had been ongoing since the end of WWII, I was not an officer and received the same basic training as any other soldier. I was fortunate that no shooting war broke out at the time I was in uniform and I most certainly am NOT conversant with the art of war as is taught in our military universities of West Point, Annapolis, and the Air Force Academy. What I know of war I have read in history books.

It is said that generals always fight the last war and I suggest we have been fighting the last war for far too long. We essentially lost the war in Vietnam when, after the French withdrawal, we intervened in a civil war. It was a Cold War proxy fight.

The first war against Saddam after he had invaded Kuwait could be said to have been an American mercenary force to keep him from expanding into Saudi Arabia, a strategic ally so far as oil is concerned. Deposing a brutal dictator — one said to possess weapons of mass destruction — was probably a good idea, but I maintain that once he was caught and turned over to the Iraqis, we should have left. One thing is clear. Iraq has slipped back into a period of chaos with constant bombings as various groups within the nation assert themselves.

We may yet have to engage Syria's equally brutal dictator, Bashar al-Assad, along with a number of NATO and Arab League nations. He has, after all, killed tens of thousands of Syrian citizens in his quest to retain power for himself and the Alawite tribe that has run the nation since his father, Hafez al-Assad took over in a coup, ruling for 29 years until his death in 2000. Syria has supported the Iranian-backed Hezbollah which is much more than just a terrorist organization. It controls Lebanon these days. And it threatens Israel in the same way the Iranian-based Hamas does from Gaza. Most importantly, Syria is an ally of Iran.

No nation, however, appears to want to get directly involved and it's a good bet that most Americans do not. All manner of military preparations are being made, such as moving anti-missile batteries to Turkey, a NATO partner with a long border with Syria. Some U.S. special operations troops are said to be in Jordan. 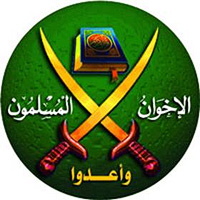 All this is occurring while the Egyptians have essentially traded one dictator, Hosni Mubarak, for a new one, Mohammed Morsi, the head of the Muslim Brotherhood that has plotted to take over Egypt for decades. Mubarak suppressed them. Morsi has received an inordinate amount of praise for bringing about a cease fire during the recent Israeli conflict with the Palestinians in Gaza and is, for all intents and purposes, backed by President Obama.

None of this has any good long term outcome because we are looking at a resurgent Islamic revolution everywhere in the region and stretching across North Africa. Egypt is receding into an Islamist orbit that cannot be good for the West or for itself.

We live in an age of a war being waged, not always by nation-states, but by organizations such as al-Qaeda and others. Killing their leaders with drones is probably a very good idea and something future American presidents will be doing for a long time. Beyond that, there is a need that our Special Forces are well trained and equipped for their counter-terrorism operations. Get in, kill the bad guys, get out. In larger combat situations another aspect of their mission is securing the support of indigenous people.

I believe that where war is necessary — even a preemptive one — the U.S. should apply it with as much force as possible over the shortest time possible.

Placating or warning other rogue nations like North Korea is not a policy. It is just a way to buy time, but North Korea is backed up by China and we surely do not want to get into a war with that nation. China should be encouraged to end the present regime there, now into its third generation, but I am sanguine about seeing that occur.

All this is occurring as "sequestration" is about to cut deeply into our defense budget over the next ten years, assuming Congress allows it to occur. Our professional, all volunteer military is probably the best in the world, but they are functioning with a lot of older, continually repaired weapons, including our air fleet. Our Navy hasn't been so small since the end of WWII. It must be said that rotating our soldiers, marines, airmen and sailors through multiple tours of combat is probably not a good idea either. Bluntly stated, our military has been hollowed out in the Obama administration's first term, a process likely to continue.

The late Gen. Norman Schwartzkopf had some useful advice. "It frightens me when I hear someone propose a hundred-billion-dollar cut in our armed forces without any rationale other than that the money can be used elsewhere...we should be sure that we have made a thorough analysis of what our national interests will be for the next twenty years."

"We must ensure," said Gen. Schwartzkopf, "that our forces remain flexible enough to handle unforeseen contingencies. The future is not always easy to predict and our record regarding where we will fight future wars is not the best."

Nobody wants World War Three, but if a nation like Iran is allowed to acquire nuclear weapons that can be put on the nose of long-range missiles, we are virtually guaranteed a horrendous attack on the homeland or at the very least on Israel and possibly Saudi Arabia as well.

Short wars for the purpose of removing an obvious threat seem to me a very good idea. Invading and then staying around for a decade is a very bad one.