Alan Caruba
The perils of punditry

April 18, 2013
When one writes daily about the personalities, events and issues of the day, there is a point at which it occurs that you have revisited a particular story before and that is because each successive generation is apparently compelled to visit the same issues and make the same mistakes over and over again. 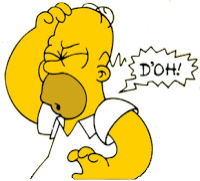 Two classic examples are gun control and immigration. At what point are those elected geniuses and their "solutions" going to understand that enforcement of existing laws, not more laws is the answer?

It is absurd to read that the congressional "gang of eight" has labored over the immigration issue to produce a bill that only a liberal could love. Apparently, while the Constitution is only a few pages in length, it now requires bills in excess of a thousand pages to address anything before Congress. The bottom line for immigration is that the problem will be revisited in twenty years. At which time you had better have learned to speak and read Spanish as a second language, if it is not your first.

As regards gun control, that issue was decided in the Constitution as an individual right, not a collective one as opponents have stated, citing the term "militias." In the days when the Constitution was written militias were made up of individuals, all of whom had to bring their own guns. All the palaver about gun control seems to ignore that the recent killings that led up to the Newtown massacre were all perpetrated by crazy people. A thousand gun control laws can never and will never have any effect on crazy people. Or criminals.

Not that long ago, Timothy McVeigh used a truck bomb to kill a lot of people in Oklahoma and on Monday someone used two bombs in Boston instead of just writing a letter to the editor of the Globe or Herald. Hey, let's pass a bomb control law too! People who want to use bombs will just have to register with their local police department. Problem solved!

While we're at it, why even hold a national election in 2016? Don't we all know that Hillary Clinton will be the Democratic Party candidate and no Republican can ever possibly defeat her? Or do we "know" that because the liberal media keep telling us that?

When I open the morning newspaper and read the word "Afghanistan" I am reminded that Alexander the Great ran in a lot of problems there, followed by the British Empire at the height of its power, followed by the former Soviet Union that got its head handed to it, and the U.S. has now been there longer than the time we spent in Vietnam. We will leave in 2014 and the place will return to planting poppies and making opium, its chief export. To which any sane person must ask, "What was that all about?" (It was about killing al Qaeda and Taliban Islamist crazies, a process that will not end until they are all dead.)

The other place that is beyond repair is North Korea. Often called a "rogue" nation, it is the puppet of China and they apparently want to keep it that way. No one likes change and the Chinese have had to go through so much in the last two generations they are just pooped. If a couple of million North Koreans are enslaved, well tough luck say the Chinese. Meanwhile, they keep making nuclear weapons and improving their missile technology. If they will just promise to stop, says our Secretary of State, we might actually talk to them. Good luck with that.

Pundits yet unborn will be writing about the Islamic jihad; the war on all other religions in general and the West in particular. Other than the invention of algebra, there are few other things that one can attribute to Islam or the Arab peoples. They don't like each other. They don't like you. End of story.

Most problems dealing with the great issues of our times either don't get solved or yield long term to inertia. Those with a moral component like slavery required a Civil War to end and was followed by more than a century to finally achieve some degree of equality and equity, but try telling that to the street gangs of Chicago, Detroit, New Orleans, Philadelphia and other "urban centers." Remember when "urban" meant a city and not a giant pocket of poverty, murder, and bad attitudes?

The great issue of the later decades of the last century and the first years of the current one has been the "climate." More specifically, it was and still is the giant hoax called global warming, but that has been magically transform into "the climate" and, in our schools and in our media, we are constantly told that the seas are rising, the glaciers are melting, the polar bears are going extinct, droughts and hurricanes are increasing, and on and on. The good news is that none of this is true. And, as far as the climate is concerned, there is NOTHING anyone can or should do to have an effect on it.

What remains is the question of whether to leave coal, natural gas, and oil in the ground where it can be of absolutely no use to anyone as a source of energy. This is the current policy of the Obama administration.

No doubt, this pundit will be revisiting these issues for some time to come.