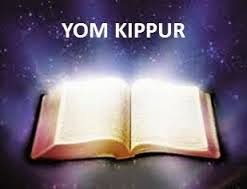 If you want to know the depth of Islamic intolerance and, indeed, hatred of other religions then all you need do is think back to October 6, 1973 when Egypt and Syria joined together in a massive coordinated attack on Israel. It was Yom Kippur, the Day of Atonement, the holiest day of the Jewish year.

Yom Kippur, this year, occurs on Friday, Oct 3, and one can only hope it does not become an occasion to attack Jews and their synagogues in the Middle East and throughout the rest of the world. Anti-Semitism is a global phenomenon, existing even in nations where Jews are hard to find. Those who track it say that it is increasing.

There are an estimated six million-plus Jews in the United States and a comparable number in Israel. There are approximately 14.8 million worldwide. By any comparison they represent a very small group, but in the minds of millions they are stereotyped as running the affairs of mankind. That's insane, but rationality is rarely a factor when it comes to hating Jews.

In brief, the Jewish New Year, Rosh Hashanah, begins ten days in which the faithful are instructed to put their affairs in order, pay bills, and mend fences with those whom they have had disagreements or conflict. On Yom Kippur Jews seek God's forgiveness and ask to be inscribed in the book of life for another year. 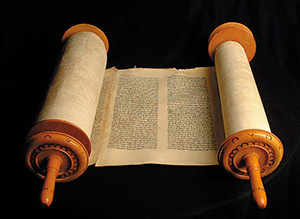 If Yom Kippur is about one's personal redemption and survival perhaps the most astonishing aspect of Judaism is the survival of this monotheistic faith, the bedrock of Christianity and, to a much smaller extent, Islam. Historically, it is some 3,000 years old. Theologically, it has survived based on its Torah, otherwise known as the Old Testament, but the survival is one of generations of Jews who held onto their ancient faith, their covenant with God, in the face of oppression and death.

It apparently only takes a generation or two to forget the lessons of the past. In Germany, the anti-Semitism that fed the Holocaust that occurred during World War II has returned. As Benjamin Weinthal, a Research Fellow at the Foundation for Defense of Democracies, put it, "With anti-Semitism on the march, Germany's politicians and opinion makers are grappling with what went wrong with the country's seven-decade-long struggle to come to terms with its past." Germany's Chancellor, Angela Merkel, has said "It is our national and civic duty to fight anti-Semitism" but Dieter Graumann, the president of Germany's Central Council of Jews, calls it "the worst of times since the Nazi era. On the streets, you hear things like 'The Jews should be gassed.' 'The Jews should be burned.'"

A significant contributing factor to the rise of anti-Semitism in Europe has been the influx of Muslims from Middle Eastern and African nations that now compose a large part of the population. A Jewish scholar and friend noted that "Norway's last 819 Jews are now leaving the country. In a few weeks Norway will be 'Judenrein,'" free of all Jews. Elsewhere the incidents of hatred and violence against Jews have occurred in France, the Netherlands, and Italy.

Muslim immigration to Great Britain has seen a comparable pattern and Jews have been emigrating from England as a result. In 1990 there were 340,000 Jews. Today there are 240,000. Islamic attacks on English citizens have become a factor and the recent beheading of a British citizen has finally awakened its government to the need for greater vigilance and action against attacks. The ISIS spokesman in a beheading video had a distinct British accent.

Even though there had been anti-Semitism in America, following the revelations of the Nazi Holocaust in the 1940s it dramatically receded. Wikipedia says: "According to surveys by the Anti-Defamation League, anti-Semitism is rejected by clear majorities of Americans, with 64% of them lauding Jews' cultural contributions to the nation in 2011, but a minority holding hateful views of Jews remain, with 19% of Americans supporting the anti-Semitic canard that Jews co-control Wall Street in 2011. As well, Holocaust denial in recent years has been only a fringe phenomenon with less than ten percent of Americans expressing either opposition or ignorance to the historical record."

In an August 18, 1790 letter responding to the good wishes sent him by the Hebrew congregation at Newport, George Washington said, "It is now no more that toleration is spoken of as if it were the indulgence of one class of people that another enjoyed the exercise of their inherent natural rights, for, happily, the Government of the United States, which gives to bigotry no sanction, to persecution no assistance, requires only that they who live under its protection should demean themselves as good citizens in giving it on all occasions their effectual support."

American Jews will likely say a prayer of thanks for an America that has given them its protection. It is also likely that synagogues in our major and even smaller cities will have some measure of police protection on Friday. Like all Americans in the era of the Islamic State, they will need it.