Alan Caruba
It's not "global warming." It's "springtime." 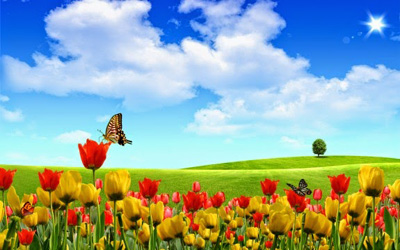 After decades of environmental claims that "global warming" would plunge the planet into catastrophic harm to its human and other inhabitants – at the same time blaming humans for causing it – the sheer arrogance and ignorance of these claims always ignores the real power that is represented by the Earth itself and the beginning of Spring should be proof enough for anyone paying any attention.

Spring manifests itself in ways we take for granted yet it is a combination of many events that should make us marvel if we gave them any thought. For example, where does all the snow go? The U.S. and the rest of the world set records of snowfall levels throughout Winter.

As noted by the U.S. Geological Service, "in the world-wide scheme of the water cycle, runoff from snowmelt is a major component of the global movement of water."

"Mountain snow fields act as natural reservoirs for many western United States water-supply systems, storing precipitation from the cool season, when most precipitation falls and forms snowpacks...As much as 75 percent of water supplies in the western states are derived from snowmelt." Snowmelt ensures sufficient water for all of us and for the Earth that depends upon it for the growth of all vegetation.

How do the flowers know it is Spring? In a 2011 article for the Inside Science News Service, Katherine Gammon noted that "Just in time for the birds and bees to start buzzing, the flowers and the trees somehow know when to open their buds to start flowering. But the exact way that plants get their wake-up call has been something of a mystery." A molecular biologist at the University of Texas, Sibum Sung, has been trying to solve that mystery and has discovered "a special molecule in plants that gives them the remarkable ability to recall Winter and to bloom on schedule in the Spring."

Nothing on Earth happens by accident. It is a remarkable inter-related system to which we give little thought. The sheer power of all those blooming flowers and trees should tell us something about the power of Nature that dwarfs all the claims that humans have any influence whatever on the events of Spring or any other time of the year.

Then think about the role of the animals with whom we share the planet. In the Spring many come out of hibernation in their dens, while others such as birds make lengthy migrations from the warmer climes to those in the north. The huge migration of Monarch Butterflies should leave us speechless. Spring is a time when many animals give birth to their young. 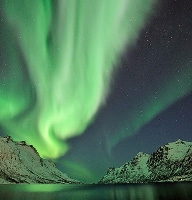 A sign of the Spring that leaves us breathless is the way it is the season for the aurora borealis. Dr. Tony Phillips of NASA notes that "For reasons not fully understood by scientists, the weeks around the vernal equinox are prone to Northern Lights. From Canada to Scandinavia they provide a great show.

"Such outbursts are called auroral substorms and they have long puzzled physicists," says UCLA space physicist Vassilis Angelopoulos. They represent "a potent geomagnetic storm." The equinox in Spring and Autumn is a time when magnetic connections between the Sun and Earth are most favorable.

One book, "Silent Spring," by Rachel Carson, first published in September 1962, started the environmental campaign against pesticide use for any reason, leading most famously to the ban on DDT in the U.S. What Carson neglected to tell readers was how they were supposed to cope with the trillions of insects that come with the advent of warm weather.

No pesticide use does not mean less mosquitoes, less termites, less flies, less ants, or less of any other insect species and the diseases they spread, property damage, and the damage they cause to crops of all descriptions. And, of course, the much of the pollination of crops and other vegetation depends on insect species.

Carson's claims of a silent spring bereft of bird species was a blatant lie. Rich Kozlovich, an authority on pest management, noted that "Bird populations were never so high in North America" despite the use of DDT and other pesticides. "Carson's claim about how the poor robin was going to disappear was not only wrong, she was deliberately lying."

"Carson was a science writer for the U.S. Fish and Wildlife Service and absolutely had to know that in 1960 there were 12 times more robins, 21 times more cowbirds, 38 times more blackbirds, 131 times more grackles, etc., compared to 1941 numbers."

Spring is a time of renewal in the northern hemisphere and it occurs with enormous levels of natural power. Most people, however, are oblivious to that power as they enjoy the sight of flowers and trees blooming.

I could almost guarantee that you will read or hear about "global warming" or "climate change" being attributed to the arrival of Spring. Do yourself a favor. Keep in mind that those claims, like Rachel Carson's, represent an anti-humanity, anti-energy, and anti-capitalism agenda of the environmental movement.

Instead, celebrate the seasonal renewal of life on Earth and give thanks for the energy that permits you to control the environment of the structures where you live and work, that provides you the means to get in your car and go anywhere, and that powers every device you use.