July 30, 2010
The dog days of summer are almost upon us, and as autumn approaches and the midterm elections loom, the American people have many important issues on their minds. One of the most important issues is whether Congress will elect to extend the Bush-era tax cuts, which are due to expire on January 1, 2011. President Obama has made clear his opinion that the tax cuts should expire for families making over $250,000 a year. Some liberal economists and pundits go further, pointing to our skyrocketing deficits and budgetary woes as compelling reasons why none of the tax cuts should be extended. Thus, as a new year  and a new chapter in our nation's political and economic history  looms, Americans in every socioeconomic bracket face a potential tax hike. 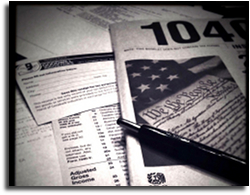 Is a tax increase the answer to the worst economic crisis since the Great Depression? Is it the best way to stimulate economic growth, create jobs, and renew confidence in the American dollar at home and abroad? How one answers these questions depends, fundamentally, on one's belief about the role of government and its relationship to and impact on the economy. Is government the greatest engine of economic growth and prosperity or should the fate of America's financial future be determined by the ingenuity and entrepreneurial spirit of the American people?

Clearly, President Obama and his allies in Congress believe that all social questions, be they economic or otherwise, are best addressed by government. This is the philosophy that has driven the various bailouts and stimuli of the past three years (a philosophy that, to many conservatives' chagrin, was shared in part by former President George W. Bush), and the philosophy that led Speaker of the House Nancy Pelosi to assert recently that unemployment benefits create jobs faster than any other kind of economic activity.

As with most of life's important questions, we can often find guidance and edification in the lessons of history. What kinds of economic policies (and what kind of governmental philosophy) have resulted in growth, prosperity, and financial strength, and what kind of approach has led to economic stagnation and deterioration? Writing for the Wall Street Journal in February 2009, Peter Ferrera, director of entitlement and budget policy for the Institute for Policy Innovation and former Reagan administration official, offered some historical insight:

"The best way to understand [President Obama's ideological approach to the economy] is to compare what's being proposed now with what Ronald Reagan accomplished. In 1980, amid a seriously dysfunctional economy, Reagan campaigned for president on an economic recovery program with four specific components. The first was across-the-board reductions in tax rates to provide incentives for saving, investment, entrepreneurship and work. The second component was deregulation to remove unnecessary costs on the economy. . . . Third was the control of government spending. . . . The fourth component of the Reagan recovery plan was tight, anti-inflation monetary policy, which was spectacularly successful. . . . We know such policies work because they turned around in just two years an economy far worse than today's. We were suffering from multiyear, double-digit inflation, double-digit unemployment, double-digit interest rates, declining incomes, and rising poverty. In fact, what we suffer with today is not the worst economy since the Great Depression, but the worst economy since Jimmy Carter  the last time liberals were dominant politically and intellectually. The Obama administration's economic policies do not include any of the four Reagan components. . . . This is why America seems so hopeless right now, and so depressed. We are stuck going in exactly the wrong direction on economic policy because of currently dominant ideological fashions."

Ferrera's concise reminder of the policies that led to great economic prosperity under President Reagan is worth considering as our representatives weigh the pros and cons of increasing taxes, particularly on the "rich." While it may seem counterintuitive to those without degrees in economics, the Reagan tax cuts actually increased tax revenues by stimulating economic activity that, in turn, increased economic output and growth. The government was collecting less in terms of percentage but more in terms of real dollars.

This economic history lesson thus begs the question of whether it is wise for President Obama  in the midst of a severe recession  to advocate for a policy that will, in effect, penalize economic success for the segment of American society most responsible for creating jobs  that is, America's small business owners. The only way that such an approach makes sense is if you believe that government is a wiser steward of the American people's money than the American people themselves  it only makes sense to those who prefer ideology over reality.

The American people must ask themselves these questions. They must decide which version of the past they want to guide our nation's future. Do we long for the malaise of the Carter years, or the prosperity and hope of the Reagan era? I, for one, believe that it's time for a new morning in America, and that the sooner the sun begins to rise, the better off we'll all be.