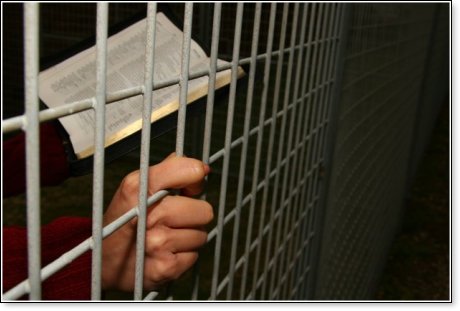 This week the Washington Examiner reported that Pastor Andrew Brunson said he was "astounded at the speed with which the U.S. is imploding" and that he predicts persecution of Christians will follow.

Brunson is the evangelical Presbyterian missionary to Turkey who spent two years in a Turkish prison. He was falsely accused of being part of a failed coup attempt against that country's President, Recep Tayyip Erdogan. The charges against Brunson resulting in his unjust imprisonment triggered a war of words and diplomatic struggles between Turkey and the U.S. government.

Brunson made his remarks about the coming of persecution for American Christians during an interview at the Western Conservative Summit, held every year by the Centennial Institute at Colorado Christian University.

According to the Examiner, Brunson said:

"First of all, I think it's coming to the U.S., that there will be persecution. I was isolated for a few years, and coming back to the states was almost like coming back to a different country in many ways. And I'm astounded at the speed with which, I think, the U.S. is imploding.

"There are any number of issues where it seems that it's no longer enough for a person of faith to get along with, or to serve, or to treat well someone they disagree with. And I think that the political business, media, celebrity class, and also academia, it seems that there's much more of a demand that people approve of, that they validate, that they celebrate things that they actually disagree with.

"Persecution is nothing new.... The thing is, that we in the West have not experienced [persecution] very much. It's very unusual for a Westerner to be arrested for his faith. So we haven't experienced it, but I think we're going to. I think it's coming to this country."

One might argue that persecution is now alive and well in America with the purging of Christianity from the government, the muzzling of state officials, employees, and appointees who are Christian, the public attacks on churches and Christian businesses, the media and Hollywood's disparaging of anything Christian in almost every film they make. The kind of persecution Andrew Brunson endured in Turkey hasn't arrived yet. Nevertheless, as he suggests, it appears as though it might be right around the corner.

As frightening as that prospect may seem, and no one in their right mind desires it, persecution could have a positive effect on true religion.

For example, Bishop Polycarp, an older man at the time, was put to death for his faith in Smyrna in the year 167. He had tried very hard to escape arrest, but was eventually tracked down. When apprehended, he was ordered to curse Christ.

"Six and eighty years have I served him, and he has done me nothing except good. How then can I curse my Lord and Savior?"

At that profession, his abductors sentenced him to death. Wood was gathered and piled in an open square, and the white-haired old man was made to mount the large heap. But when they sought to fasten him to the stake, he told them:

"No, leave me thus. He who has strengthened me to encounter the flames will give me the power also to stand firm at the stake!"

And in this manner, Polycarp suffered a martyr's death.

Persecution has a way of making a genuine follower of Jesus Christ, an individual of sturdy and profound faith.

Other Christians died as Polycarp did during the 2nd Century, and their heroism had a positive outcome in making Christians of that time nobler, purer, and more vigorous in their walk with God. The persecuted became, as Tertullian said, "a fan which cleanses the Lord's threshing-floor."

"We conquer in dying; we go forth triumphant at the very moment we seemed subdued.... The oftener we are mown down, the more do we grow in number. The blood of Christians is the seed of the Church!"

Someone once wisely said, "Be careful for what you pray; you just might get it." Quite some time now, many faithful Christians have been praying earnestly for revival in the church and a spiritual awakening to sweep America.

The answer to such prayers may be on its way and coming via an unexpected means – persecution.