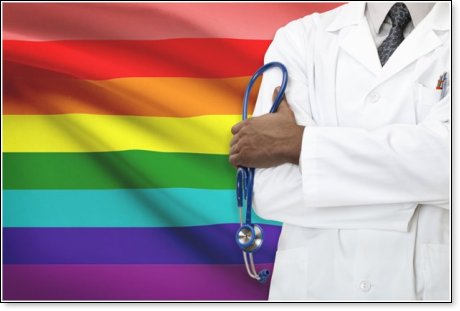 A couple of weeks ago, the Campaign for Southern Equality, in partnership with Western NC Community Health Services, released results from their 2019 Southern LGBTQ Health Survey.

Both groups are based in Asheville, N.C., and say that this is the most extensive study of its kind on the LGBTQ community in the southern U.S. The research took 18 months to complete and according to the Asheville Citizen-Times, "spotlights unique struggles in mental health, HIV, and access to medical care" for LGBTQ citizens.

The report states some disturbing findings: The Southern LGBTQ Health Survey reflects similar studies like the Household, Income and Labor Dynamics Survey in Australia, which was released in 2015. According to the Sydney Morning Herald's coverage of that report, "Gay people are less fulfilled with their lives than straight people, have more health problems and are not as happy in their relationships."

The Herald noted, Roger Wilkins, the report's author and professor from the University of Melbourne's Institute of Applied Economic and Social Research, said, 'the life experience of gay people had parallels with people living with a long term impairment, such as a learning difficulty, chronic pain or limited use of their limbs."

In an opinion piece written for Breakpoint two years ago, John Stonestreet highlighted what he called "the most candid piece in Huffington Post history." The article highlighted by Stonestreet was written by Michael Hobbs, "who identifies as gay," and "writes about what he calls an 'epidemic of loneliness.'"

Stonestreet shared that Hobbs complained: "For years, I noticed the divergence between my straight friends and my gay friends. While one half of my social circle has disappeared into relationships, kids and suburbs, the other has struggled through isolation and anxiety, hard drugs and risky (behavior)."

The point of Stonestreet's argument, though written a couple of years ago, is just as relevant today. And now the Southern LGBTQ Health Survey mirrors the same concern.

Stonestreet queried, "The debate over gay 'marriage' and homosexuality has largely fizzled out...partly because Obergfell is now viewed by many as settled law. And that's a shame, because so-called 'progress' isn't bringing about the rosy picture we were promised."

"We often hear these disastrous statistics and stories attributed to homophobia, bullying, and shame. Having been treated horribly since childhood, men like this author [the gay man, Michael Hobbs] – the oft-repeated myth goes – are forced to have to live a lie. They're depressed because they've been oppressed and repressed," concludes Stonestreet. "But here's the problem with the bullying hypothesis. In countries like the Netherlands and Sweden where same-sex marriage has been the law of the land for years, gay men remain three times more susceptible to mood disorders and three-to-ten-times more likely to engage in 'suicidal self-harm.'"

Could it be we've been fed a lie? Could it be that the people who make up the LGBTQ community have believed and perpetrated a lie about their sexuality? The preponderance of the evidence indeed points in that direction.

There has been considerable theological confusion disseminated on this subject in recent years. But regardless of those who would like to believe otherwise, the Bible is unambiguous and consistent in its condemnations of homosexuality.

Even the very concept of "sexual orientation," sometimes positively bandied about by several theologians, is misleading. In fact, the Bible says nothing about "sexual orientation." According to the biblical narrative, it's not that anyone was born heterosexual or homosexual, but that each was born either male or female biologically. Heterosexual or homosexual behaviors are sexual acts, with heterosexual acts blessed and sanctified in some cases and condemned in others, while homosexual acts are condemned 100% of the time.

It is not a "sexual orientation" that's at the center of the alarming statistics found in the 2019 Southern LGBTQ Health Survey. Neither is it that we need to address the "mental health issues better and help reduce the stigma around seeking support and help" for LGBTQ or "create LGBTQ-affirming spaces in homes, schools, workplaces, community settings, places of worship, etc.," as the folks behind the survey recommended. The problem, the heart of the issue, is a "sinful orientation," which is actually driving the harms.

Sin cannot merely be reduced to mature, rational, conscious decisions. Sin is much more. It is the deepest part of our make-up as human beings, and it works nefariously within, profoundly and even quietly, pushing, coaxing, moving us in a vast number of destructive ways, some of which are stronger in certain people than in others.

In Romans 1:24, 26, and 28, the apostle Paul warns that the grave consequence of suppressing the truth too often is that God will give the sinner over to "the sinful desires of their hearts," their "shameful lusts" and even "a depraved mind."

In other words, if one insists on being his own god in life, God will accommodate that individual so that he or she may ultimately reap the destruction of their own body and soul.

Nevertheless, Scripture is also emphatic in declaring that God is "longsuffering to us-ward, not willing that any should perish, but that all should come to repentance" (2 Peter 3:9). The Bible says that if anyone will turn to Christ: "If we confess our sins, he is faithful and just to forgive us our sins, and to cleanse us from all unrighteousness" (I John 1:9).

Change and power to overcome one's sin nature, and the sinful actions that stem from it, starts with the Great Emancipator, Jesus Christ, who alone can redeem sinners.

We cannot break the commandments of God without being broken by them. We cannot be satisfied and happy on the deepest level when in defiance of God's created order. Even science tends to affirm this principle.