THANK HEAVEN for North Carolina and Wisconsin. At least two states kicking back against the pricks (King James Bible paraphrased). We have to do more than just grumble and gripe about political correctness and the power of the Federalis. This is America! Boycotts and person-cotts of whole states aren't "sustainable" here. Surrender is not inevitable, so just say no.. If "the right to privacy" rules RE abortion, why not in the girls' shower? Good question! I AM, therefore I have to ask:

Has junk science and political correctness completely jumped the shark? The state of California has gone over the top and around the bend. Into the Bottomless Pit. It has declared war on Elsie the cow. 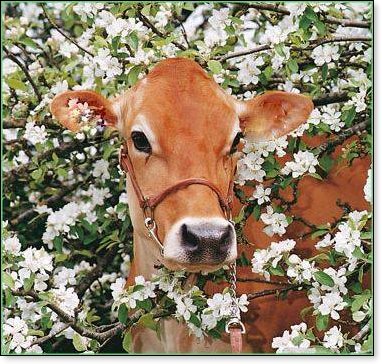 No B.S. It's a war on ice cream, yogurt, and cheese! The excuse they are using is that cow farts are going to make the seas rise. Several feet by 2099. The second lie is always bigger than the first B.S., and the air is heavy with ominous things. WELL, as former Governor Reagan might have put it:

Sorry about the F-word there, but if you don't like it you shouldn't have read my column. But come on, folks, intestinal gas is essentially a product of incomplete digestion, and cows have four stomachs! Meaning – duh – nearly 100 percent digestion. Ergo, a minimum of bovine flatulence (that sounds even worse than the other word).

BUTT, if you want to ban Elsie the cow, along with the tin lizzie and the SUV, what about all those elk, the caribou and the moose, where the deer and the antelope run and fart free? Stuff happens. Butt milking cows is "one of those jobs Americans won't do anymore." It's not cool. City kids fall for this stuff.

BOTTOM LINE IS, their Utopian future will have 31 defined genders, all the right pronouns, and non-discriminating bathrooms, but Baskin-Robbins and Ben & Jerry will run fresh out of ice cream and toilet paper. Behind the vain wall of ivy-covered ivory towers of Academania, theories SOUND good in the faculty lounge, but when given enough power in practice, misery comes to Timbuktu, Venezuela, and a town near you. Then you can use your college diploma for toilet paper. Your sheepskin won't be worth the paper they can't find to print it on. They will not only kill the goose that laid the golden egg, but they'll feed Lil' Red Riding Hood's gramma to the wolves.

IN THE END, Deep Ecology stinks. The California Air Quality board wants a study to find a way to recycle cow farts. I think I'm already doing that. Political B.S. and the media give me indigestion. When city folks start picketing and protesting 4H-ers, that's BULL ("bul" was an Irish word meaning "lie" or "falsehood"). SO, boys and girls, will we stand or will we sit for it? But enough of this hilarity. GET MAD.

P.S. I was going to re-title this column "It's hard to look cool when you're sitting on a manure spreader" (with apologies to Roger Pond's "It's hard to look cool when your car's full of sheep"), but seriously, when I was a young boy, ma and pa didn't tell me to take out the garbage; it was "Take out the manure." It ain't so bad. Down on the farm, it's funny: manure almost smells sweet, sort of like money. The worst part was sitting behind two horses' asses. They have only one stomach and can really stink up the joint, like your favorite team, or your mate on the great white throne. It's a doozie. Political correctness has us in deep doo-doo.

Speaking of "white," a professor of art history says she is deeply offended by the snowman (made, ironically, of snowflakes). She says it is always white, public, and male – while I guess the snow woman is kept in the kitchen by privileged patriarchal sexists. Interesting, but is it art? (to coin a phrase). Her snowflake-students probably parrot her hypothesis, and believe that we need snowball control Sigh. So much for survival of the fittest, eh?

The country is CRACKING up; our God-given Heritage is going into the septic tank (there may be a theme to this column). It's time to wake up and support people who oppose the "inevitability" of a "PC" utopia. Even Elsie the cow may kick back against the pricks.

PPS: This is an adaptation of my 10/03/16 column. My earliest role model for authors was the sportswriter Jim Murray. Blame him.