March 28, 2020
"America is God's crucible, the great Melting-Pot where all races of Europe are melting and re-forming." – Israel Zangwill (The Melting Pot Act of 1908)

"Possessing a chosen country . . acknowledging and adoring an overruling Providence, which by all Its dispensation proves that it delights in the happiness of man here and his greater happiness hereafter – with all these blessings, what more is necessary to make us a happy and prosperous people? Still one thing more, fellow-citizens – a wise and frugal government . . " – Thomas Jefferson (first Inaugural address)

"We intended to change a nation, but instead we changed a world." – Ronald Reagan (Farewell address)

HATS OFF TO HOLLYWOOD. Never thought I'd say that, but thank God for "The King's Speech," "Dunkirk," and "The Darkest Hour." And that the casting couches are being tossed out by the dumpster (where my TV set is). Even the Never-Trumpsters are feeling a little sheepish, as they should).

WESTERN CIV has been viciously attacked for decades by both Academe and Hollywood. Still, the sun never sets on the English language, which is a good thing. To the Left, there never was a Melting Pot. It was a politically homogenized "mosaic." But despite the pretense of "a more realistic history" curriculum, history can never be rewritten. There still is a Melting Pot for those with eyes to see it. God's crucible has been given one last chance be refined. Or else.

"There can be no fifty-fifty Americans in this country . . I am exactly as much opposed to English-Americans as to German-Americans. I oppose all kinds of hyphenated Americans." – Teddy Roosevelt (1899, "Foes of our own household" and speech on Columbus Day 1915) 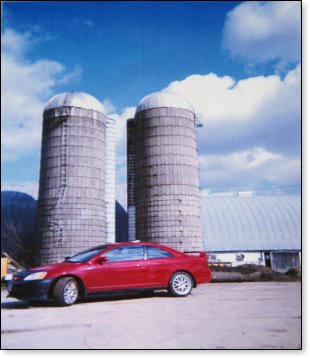 HAVE YOU EVER MET A FARMER? If you're young, cosmopolitan, and "hot," probably not, but somewhere in your family tree was a farmer no doubt. Somewhere in your DNA is a little horse sense. If you're young and reading a RenewAmerica column, that's a good sign, but the bad news is: Big Education is trying to "breed out" the common sense by rewriting history in the name of societal "evolution." In Topsy-Turveydom – the ivy covered ivory towers – "50s" and "family" are four-letter words, and American exceptionalism "never happened." I'm writing today to tell you that it did (I have to use the past tense, because the jury is still out on the future).

Exceptionalism just meant "unique." Originally Americanism was a cross between our agrarian side and the olde English Tory thinkers. In the terminology of husbandry, that was the kind of crossing that produces a "hybrid vigor." A very good thing. Our "Twin Towers" were symbiotic Religion and civil Liberty (faith and works, or Freedom put to good use by rich and poor alike). Tom Paine, lowly bartender and corset-maker rubbing shoulders with the landed but home-schooled gentry. We're talking Foundations and Pillars here. Twin Towers joined by the Keystone of Deity. Washington refusing a kingship; Jefferson not even mentioning "President" on his tombstone. Humble yet paradoxically brilliant. Our Constitution was the expression of that original culture. An article in the National Review (June 21, 2010) said it well: "EXCEPTIONAL, Down to the Bone" by James Bennett. He analogized the American character as a physical anatomy:

"We can think of the deep things in our culture as its bones and the surface things as its flesh, with narratives we tell about ourselves as being the clothes [passing fads and fashions]." He says three traits at the bone-level include our traditional marriage practices, inheritance statutes and customs, plus the independent household (the young leave their father and mother, choose a mate, and move – sometimes across the country). Regarding the latter two traits, the writer says that "the only people who have this particular set of family practices are the other English-speaking countries . . since we inherited these features from England, even if our biological ancestors came from somewhere else." Thus:

"The individual in the English-speaking world has always been psychologically more independent and less willing to place himself under the control of others. He expects to be on his own, with a spouse of his own . . English-speaking families have always been 'on their own' far more than families in other cultures. As a result, American families have always coped with a stronger sense of insecurity, always knowing that they had to work hard and make a go of things . .

"In sum, a person living in an individualistic society is less likely to believe his is entitled automatically to a share of anything, is less troubled by inequality, and is driven to provide for himself and his family through his own effort. . The paternalistic welfare state is a recent import to the English-speaking world, and in adopting it we have not been immune to the attraction of the (illusory) free lunch. .

"[Studies] seem to explain both the limited success of such policies elsewhere and the fact that fascist and Communist movements failed to develop mass followings in any English-speaking country. Americans appreciate their exceptionalism at gut level. This is where the American Right is in touch with the nation, and the Left is not; John F. Kennedy was probably the last Democratic president with an instinctive feeling for it . . . Success, both politically and in the cause of freedom, requires that we keep our enduring values in mind."

P.S. Today's column is adapted from my April 15th (tax day) column in 2015. It was inspired by two farm silos that I drove by after moving back to my childhood neighborhood. There's a one-room school across the road where I once blew a spelling bee (on the word chocolate, of all things). I smiled about that, but was really hit hard by the twin towers, and when I developed the photo that I took of them, I noted that there was a buzzard sitting on one of them. Maybe more than a metaphor. A sign of the times. The good news is Hollywood is in a state of flux, but the jury is still out on whether the "transformation" is real! As Billy Sunday once said, "God isn't running a half-way house." Nor one for 50-50 Americans, nor fifty-fifty Californians, I might add. America is on probation right now.

PPS: That is essentially what our President was trying to say in his over-analyzed famous quotation in front of congressmen. The Donald is no Nimrod, nor a dimwit, even though he builds towers and uses the Queen's English loosely. English is the closest thing the world has had to possessing a "one world language" since the days of Nimrod and his tower.

"History, a distillation of Rumour." – Thomas Carlyle ("The French Revolution," 1837)

See why I love those olde English writers? They made such good use of their language!

January 18, 2021
Save the planet? Through pagan green religions and nuking the nuclear family?

January 10, 2021
Letters from kids that the president (Obama) doesn't want you to read

January 4, 2021
The Year the Braves went back to Boston and the great continental divide

December 27, 2020
Whom the gods wish to con, they first make illiterate

December 12, 2020
Last call for academania to awaken from "wokeness"

December 2, 2020
An anti-antidisestablishmentarian goes into a bar

November 23, 2020
Four diplomats walk into a bar (the Thanksgiving classic)