December 24, 2013
The term "redistribution of wealth" has become a well-known and familiar phrase bandied about amongst political elite and used as a wedge issue to conveniently spin U.S. federal and state economic policy. And yet implementation of such policies stretches well beyond the Beltway or state houses. 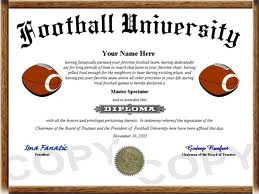 To wit, the National Collegiate Athletic Association (NCAA) brings new meaning to redistributing wealth, that might surprise many a passionate fan of big-time Division I college and university football and basketball. For it is but the "little guys," or academic student populace across the country, that takes the hit when it comes to the subsidization of their fellow "student athletes."

The rise in revenues for college athletic programs from television network broadcast rights, rising game ticket prices and the evolution of merchandising rights and sponsorships might give the impression that schools are raking in big bank dough and athletic departments are seeing green. But that is but a knee-jerk reaction.

What is more accurately taking place regarding the now over $10 billion annual revenue landing in the hands of the NCAA, its respective conferences and its various schools, is the deception by such entities, the mainstream media and school administrators, to name a few, that all is fine on campus.

Conflict of interest you say? Yes, all over the place with more than enough hypocrisy to go around, except for the exploitation of the average college student struggling to pay their bills while trying to get an education that will lead to at least an average paying job upon graduation.

There are more losers than winners in this whole scenario, which has been left to fester long enough for a lawsuit to be filed, surrounding the exploitation of the student athlete regarding merchandising, licensing and broadcast revenues from likenesses of college athletes through the NCAA as well as Electronic Arts, Inc. and the Collegiate Licensing Company. Both companies reached settlements with former UCLA basketball player, Ed O'Bannon, and various plaintiffs, representing primarily former college athletes, for back-royalty payments from these entities.

That which still looms is the anti-trust suit by O'Bannon et al, against the NCAA for revenue from live TV broadcasts of its games in order that current and former Division I football and basketball players get a cut of those billions of dollars realized. Unfortunately for O'Bannon v. NCAA, U.S. District Judge Claudia Wilkin ruled in early December 2013 that class-action status has been denied, but that O'Bannon and other plaintiffs may file individually to continue the legal action.

But at the heart of the issue of all of these sources of revenue is in how they have been allocated and the over-spending of schools' athletic departments, creating massive deficits and unaccountability by college and university administrations. In fact, only 22 of 228 Division I college and university athletic programs finished in the black in 2012. That means that all of the others are running in the red, requiring someone to pick up the slack.

At the top of the list of culprits in this over-spending spree is on multi-million dollar contracts of college and university head coaches, primarily in Division I Football Bowl Series schools, and the now many million dollar yearly contracts of assistant coaches, of which each head football coach is entitled to 10. At many institutions, football coaches and some Division I basketball coaches are easily earning 10 times the salary of a tenured academic professor.

In addition to salaries, head coaches and now some assistant coaches enjoy free housing, use of two free cars, free country club memberships, lucrative endorsement deals, numerous free tickets for games, family transportation to and from games and team events, not to mention contracted bonus incentives for number of games won, conference championship appearances and titles, bowl games reached and even the grades and graduation rates of players. But key for any coach and his status is the number of games won. Grades and graduation are at the bottom of the list.

When we hear and read headlines for now the over $7 million annual salary which Alabama's head football coach, Nick Saban, will earn in 2014 alone, it does not include all of these additional perks. In fact, the ceiling for coaches' salaries apparently has no limit, but there is indeed a cost.

And while coaches enjoy salaries and benefits unlike any other college employees and in some cases at some public institutions, more than that of most state employees, most fans probably assume their expenses are taken care of and that these institutions are plush with reserves for such a quality of life. But they would be wrong.

Not unlike the federal government which has run with an extreme deficit the past couple of decades, it is the taxpayer who pays. And because the Federal Reserve can continue to print money, it at least stems the tide.

But at colleges and universities, it becomes necessary to revise academic curriculums in the way of cuts to classes and departments, cuts to faculty, escalation in tuition costs, excessive student fees, hikes to taxpayer outlay and a generally stressful and unproductive way for student bodies to function in what should be a fiscally healthy environment. With college institutions, it is the student and at public institutions it is both the student and the taxpayer, always asked to reconcile mounting costs for college sports and especially over-the-top spending football programs.

So, in spite of those who believe it is only the college athlete that remains exploited, that would be erroneous. Cost cutting academics also cuts into the overall college experience many non-athletes were promised.

Contrary to popular opinion, the elite college athlete receives far more than tuition or room and board on a scholarship. For those athletes, especially those who go on to professional sports with or without a degree, in addition to the opportunity to showcase their skills for potential earnings, they receive professional coaching, strength and fitness training, support from athletic trainers and physical therapists and any medical needs that may arise while they are playing. Some players also receive supplemental academic counseling, tutoring, life skills training and nutritional advice.

Such additional services for athletes could easily cost $2,000.00 – $3,000.00 per week in the real world. Therefore, it would not be unreasonable to make the jump that a 4 year education by a student athlete easily is worth double that of the average student's tuition and room and board, that can cost the academic student an average of $50,000.00 per year out-of-pocket and more for books, mandatory student fees and miscellaneous expenses.

Football and basketball programs are continually becoming the equivalent of those very ideologies that many college curriculums rail against: the beneficiaries of corporate welfare and ever-present greed.

And at the helm of such deception would be the Department of Education, which in 2008 had the U.S. Congress amend its Higher Education Act of 2005 to include mandatory regulations by college and universities to disclose and notify students for any mandatory student fees and where and how they are applied.

Such student fees can add as much $2,000.00 per year to a student's tuition costs. And as most schools in Division I and Division II schools were not in compliance for disclosing these fees, most students were and many remain unaware that up to 75% of student fees are applied to spending specifically for athletic programs.

Unfortunately, the 2008 revised legislation did little to help students out, as the law is loosely applied, and as fines were supposed to be the deterrent for non-compliance by institutions, the law lacks oversight mechanisms. That remains typical of the federal government and bureaucracy, such as the NCAA.

But if a student is taking out a federal student loan and now must add another $5,000.00 plus interest to the overall cost of a college education, just for additional student fees, failure to pay that loan back on time will get the Department of Education after that student in a heartbeat!

The cost of tuition at many public colleges and universities across the country has risen an average of 50%, over the past five years. And while budgets of athletic programs during that time period have skyrocketed, some as high as 125% – 200% more, the budgets for academics have either remained stagnant or dipped.

We hear a lot about competitive balance from the NCAA. It refers to its member institutions and respective athletic programs and teams rather than academics. In fact, student fees do not even guarantee free game admission or tickets at some universities, where students are still required to pay to gain entrance into some of those fancy new stadiums.

Let us not forget the subsidization of the National Football League (NFL) and the National Basketball League (NBA) by the student body, either. Neither the NFL nor the NBA put out any expenditures devoted towards the development of their future player pools.

If the NCAA provides ready-made factories of players ripe for the picking, there is no incentive for the likes of NFL commissioner, Roger Goodell, nor NBA commissioner, David Stern, to form their own minor leagues. Therefore, the NFL and the NBA reap the rewards of their own kind of welfare for an all- expense-paid volunteer draft.

And finally, not unimportantly, many potential NFL prospects and NBA prospects have been quite honest about not wanting to attend college. But since the NBA now requires that potential players attend a minimum of one year of college and the NFL requires that a player be three years out of high school in order to try out for the NFL, it indirectly requires attendance in college, given that it has no development program whatsoever. But assuming that a player has NFL or NBA potential, and who has no interest in attending college and is then injured, he remains in limbo. He loses his scholarship and has not the desire to pursue a degree on his own.

Or consider the NFL or NBA prospect who jumps to the pros, prior to graduation, since he has not only the talent, but then is subsequently injured in year one or year two into his pro career. His career is then in limbo, and chances are good that he will not return to the academic environment, as that was never his true desire. His desire was to become a professional athlete, not a scholar, yet was mandated to receive an "education" in which he was never interested.

It is true that a very small percentage of student athletes ever make it in professional sports. But how many attended colleges only to never make it to the pros nor make it to graduation? A lot.

So, as you can see, in shedding light upon but a few problems embroiled in the current cost-spending of NCAA athletic programs, the situation is both unsustainable and in many cases unethical. And it is an indictment against higher education and its intended supposed purpose.

Our young people deserve more and can ill afford at this time in our history to be both duped and exploited and beset with costs far beyond that of mere dollars in order to get a higher education.

Oh, and one more thing. The University of Texas and the University of Alabama both just made history through Forbes.com. Their football teams have assessed values of $139 million and $117 million, respectively, for the year 2013.