August 10, 2009
The L.A.Times' Dan Neil is confused. He thinks that the so-called progressive movement is right on all the issues, but he just cannot understand why they can't win the public debate. Neil laments that they have all the "English majors" on their side but cannot win "any war of words." Just what is going on here, he wants to know? He's so frustrated that he took to his keyboard to ask these questions in a Pittsburgh Gazette article from August 9. 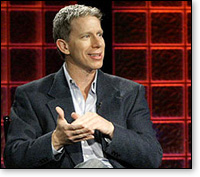 In his piece, Neil wonders, for instance, why the "progressives" are so inept at debate and cannot convince the lowly voters of the merits of their argument even though they are obviously right? He goes on to bemoan that the "progressives" are trying, but are just too darn nice, too "anti-inflammatory" in their rhetoric. He concludes that it's time for the "progressives" to take off the gloves and fight dirty like the "insurance companies" have been doing.

Now, Mr. Neil seems like a smart fella. All his words and spelled correctly, and all. But for all his moaning and gnashing of teeth about why the "progressives" just can't seem to win he misses the elephant in the room. "Progressives" can't win because they are liars. And, as his blather in the Gazette shows, Neil is a liar, too.

Let us take for example his main premise of who the opposing sides are in the healthcare debate:

How could the left possibly be losing the debate on health-care reform when its opponent is the roundly loathed health insurance industry  an ongoing criminal syndicate, in my view, that demands protection money from sick people?

Neil cannot even be honest about who is facing whom in this debate.

The truth is, few of those that stand against Obamacare have any link to or interest in the insurance industry. Likely the largest number of conservatives that stand against Obamacare, for instance, do so from the small government point of view. They hate the idea of some bureaucrat telling them what sort of medical care the government will "allow" them to have. They hate the idea that government has suddenly decided that it has the power of life and death, the power to mandate medical care or death care.

Conservatives that stand against Obama's socialist healthcare plans are also against the massive waste of the taxpayer's money that will  not might, but will  result in this un-Constitutional take over of nearly 20% of the nation's economy.

Additionally, conservatives are against this breach of the contract between the people and government that the founding fathers created upon signing the Constitution of the United States. This wholesale take over of our healthcare industry by government is the biggest game changer even to come this close to fruition.

And, finally, conservatives are deadly against this total usurpation of our liberties and the freedom to decide for ourselves what sort of medical care we will choose. We are against handing over our freedoms to a massive government bureaucracy.

Notice that there is no discussion of insurance companies here?

There's another thing to notice in his comment above that makes Neil and his "progressives" out to be liars. That would be the effort to cast insurance companies as evil instead of just wrong or misdirected or badly regulated. To liars such as Neil, these capitalist ventures are not just off base, but evil.

Certainly there are practices that insurance companies use that could be better conceived. No one on the anti-Obamacare side of the argument is saying that the insurance industry is peopled by angels. But evil? Hardly. Yet to Neil and his religiously convinced extremist, leftists, capitalism is the root of all evil.

Also for Neil and his ilk to say that insurance companies "demand protection money from sick people" proves that he is either unable or unwilling to understand how insurance  any insurance, not just health insurance  even works.

There is no "protection money" involved. "Sick people" are not expected to pay any more or less than anyone else. It's a premium, not a criminal extortion racket. John Stossel recently wrote a piece for Reason.com that does a fine job making the situation easily understood and informing us all why the debate is being muddled by the left's attempting to throw the insurance industry to the wolves.

(Obamacare advocates say) No more evil "cherry-picking." No more "discrimination against the sick. But that's not insurance. Insurance is the pooling of resources to cover the cost of a possible but by no means certain misfortune befalling a given individual. Government-subsidized coverage for people already sick is welfare. We can debate whether this is good, but let's discuss it honestly. Calling welfare "insurance" muddies thinking.

Such "reform" must increase the demand for medical services. That will lead to higher prices. Obama tells us that reform will lower costs. But how do you control costs while boosting demand?

The reformers make vague promises about covering the increased demand by cutting other costs. We should know by now that such promises aren't worth a wooden nickel. The savings never materialize.

But, at least Neil was amusing with his demagogy in the Gazette. Oh, he didn't mean to be funny, but unintentional comedy is always the sweetest. Get a load of this prosaic inanity:

The reform message is so jellied with politesse, so measured, so anti-inflammatory it might as well be made out of Advil. Case in point: ads featuring Harry and Louise, the first couple of issue advertising.

Oh, yeah, the left has been sooooo nice during this debate. I mean, we didn't see Speaker of the House Nancy Pelosi calling anti-Obamacare folks Nazis, did we? Nah, never happened... at least as far as the Old Media is concerned. Reality is another thing, though. Even lowly local county Democrat chiefs have gotten into the act calling anyone that opposes them a Nazi.

And if name calling isn't scandalous enough, Obama recently sent marching orders out to his union thug supporters to go out and beat up the little old folks that have dared to oppose Obamacare at the local townhall meetings that Democrats have been scheduling ( and now canceling like cowards) all across the country. Until Obama sent his union thugs fanning out across the country, there wasn't a single episode of violence in this debate.

I don't know about you, but it sure sounds to me like the Democrats took their gloves off long ago in this debate despite what Neil is claiming. So, what does Neil want? Does he want conservatives to die? Is blood the only thing that will sate his thirst for vengeance?

Neil lies several times in his Gazette piece and here is another one.

Compare these ads with, for example, the Americans for Prosperity group's Patients First campaign ad. Cue the scary music.

"Washington now runs your banks, your insurance and your car companies," the female narrator says while a photo of Democratic House Speaker Nancy Pelosi looking like Skeletor flashes on the screen. "But do you trust Washington with your life? $600 billion in new taxes ... cutting $400 billion from Medicare ... plus tens of millions will lose their insurance ...."

You simply have to concede the point: The insurance industry's ads are more effective. They are big, scary, threatening. Reform gets rolled like the British at the Somme by this ad.

So, Neil proves himself a liar again by claiming that the ad he was discussing is one from "the insurance industry." The fact is, it just isn't.

Next, let us get to the hilarity of Neil calling his fellows "progressives." You see, that is a re-branding effort that also amounts to a lie to the public. When his side of the aisle first reared its ugly head back in the late 1800s they were often called levelers and socialists. Then the movement morphed into anarchists and communists. It was briefly called "progressive" in the late teens and early 1920s. Then it became "liberalism" during the FDR era and stayed with that handle for quite a while. That is, until the word liberal became known as hippy loving, Soviet excusing, anti-Americansim interested in the destruction of our capitalist society and an end to our American way of life. The word liberal finally became a four-letter word sometime in the late 1970s. Since then, these folks have decided to re-brand themselves as "progressives" again. But no matter what you call them they hate this country and want it laid low and remade to their liking.

But there is another hidden aspect of the left wing movement in America, one that few people seem to ever remember. Throughout the history of the let wing movement in America one can trace an ever-present streak of hate, violence and destruction coexisting side-by-side with its political agenda. Since the late 1800s "progressives," or whatever name you choose to call them, have perpetrated murders, beatings, bombings, property destruction and every manner of criminal behavior to get their way. From anarchists causing riots in Chicago's Hay Market Riot in 1886, to the bombing of the L.A.Times building by union murderers in 1910, to the union strikes and beatings across a one hundred year span, to the race riots and anti-war riots that destroyed buildings and lives alike during the 1960s, all the way up to the anti-WTO riots that have so often destroyed public and private property, the left has been awash in criminal violence.

Yet, all the while the so-called progressives call themselves the "more civilized," and more "intelligent" side of the argument. And the Old Media not only let's them get away with it, but assists them in the lie. One only has to realize that our subject here, Mr. Neil, is a member of that lying Old Media establishment.

In the end, what we have is a movement that builds its entire raison d'etra on lies.

So, Mr. Neil, let me help you with your little dilemma. The answer to your question of why you and your "progressives" can't win the debate any more now than you've ever been able to in the past is that you are all liars. You lie about what you stand for  like Obama has with his sudden claim not to want a single payer plan when he's said many times in the past that he does  you lie about what you are called  anarchists, socialists, communists, liberal, progressive, you change it with the winds to hide your true past  and you lie about your own dangerous, violent actions and project them onto your enemies  as you just did by pretending your side of the debate is "measured" and "anti-inflammatory" when thus far the only violence that has occurred in this fight has been perpetrated by your union allies.

You cannot win the debate, Mr. Neil, because you are liars. And no trusts a liar.