August 23, 2009
Travel writer Arthur Frommer recently said that he will never visit any place in Arizona again. Is it because he was badly served at a Denny's in Flagstaff? Maybe he didn't like the turn down service at the Motel Six in Phoenix? Perhaps he was mad because the folks at the McDonald's in Tucson didn't recognize him? Nope. It's because Arizonans are fond of the Constitution of the United States, that's why. 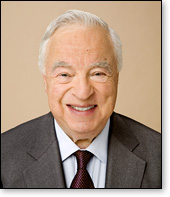 On his blog, Frommer fretted over the recent appearance of Arizona's law-abiding citizens carrying firearms at a townhall meeting. It so upset his delicate mental balance that he asked, "Do Guns at Political Events Disturb You?", and then went on to recommend that if they do, "Then Consider Skipping Arizona for Now."

This elitist, left-winger went on to show that he doesn't know a thing about the very country he pretends to write about in his travels.

For myself, without yet suggesting that others follow me in an open boycott, I will not personally travel in a state where civilians carry loaded weapons onto the sidewalks and as a means of political protest.

Not only is Frommer unfamiliar with the Constitutional right to self-protection, he is also apparently unaware that nearly every state in the union has either open or concealed carry laws where citizens are permitted to carry their firearms almost anywhere they go.

In fact, there are only two states left that don't have a may-or-shall issue law for concealed carry (Illinois and Wisconsin). Most states have a shall issue law and only six have a may issue law that makes it uncertain if a citizen can get a concealed carry permit (Alabama, California, Maryland, New Jersey, New York, Rhode Island). Even in the may issue states permits are obtainable, though the process is usually a long, expensive and difficult one.

The point is, this traveling twit can be standing next to a person with a legal concealed weapon in nearly every state he deigns to visit! Those dreaded nuts with guns are everywhere Artie. We suggest you stay home and hide under your bed from this point forward. We Americans don't want to scare the wits outta ya, after all.

And for all 50 people in the country that still clutter their minds with travel writing, he'll be missed. As to everyone else... feh.