February 22, 2010
No clearer difference can be seen in how the Old Media and its left-wing compatriots treat mass killers, terrorists and nutjobs than the way Abdul Farouk Abdulmutallab and Joe Stack have been portrayed by the Old Media and the left. Abdulmutallab, the jihadi Christmas Bomber, was treated as an aberration unconnected with any larger group  despite that he trained with al Qaeda  and Joe Stack, who flew a plane into an IRS building in Austin, Texas, has been held up as the epitome of the "teabaggers" and the "anti-government right" despite that not a single tie to those folks has been yet discovered. 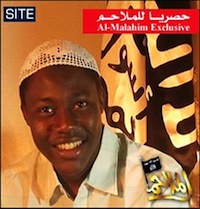 Immediately after Abdulmutallab tried to blow himself and a plane full of passengers into martyrdom on Christmas Day 2009, President Obama's administration declared this guy an "isolated extremist" and said he had no connection to our Islamofascist enemies. Obama was helped along in this by many Old Media news sources.

On Dec. 26, for instance, CBS reported that Abdulmutallab was a loner. "As of now, he appears to be a lone actor with no conspirators. A report the following day said of the jihadist bomber, "'We're not aware of anybody else,' one official told Orr. No further arrests are imminent."

The Associated Press also played on the isolated extremist line by portraying Abdulmutallab on Dec. 29 as a "lonely, depressed" man. 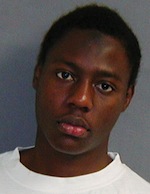 These reports preceded several days of discussions about the dangers of "lone wolf" terrorists, evil doers that were not connected to any known group or terrorist figure. This characterization downplayed the obvious connections that these sorts of attackers have to larger terror networks and shifted them into a realm of but dangerous oddballs that aren't part of any larger group thereby making them seem less threatening. It is as if they are mere accidental terrorists.

Yet, by January 2, Obama changed course and began to report that Abdulmutallab was connected to al Qaeda after all.

"We know that he traveled to Yemen, a country grappling with crushing poverty and deadly insurgencies. It appears that he joined an affiliate of al Qaeda, and that this group, al Qaeda in the Arabian Peninsula, trained him, equipped him with those explosives and directed him to attack that plane headed for America," the president said.

Despite this the left had so gone out of its way to avoid elevating Abdulmutallab's actions to that of a terrorist connected to a larger network of terrorists that by January 4 even the left leaning New Republic was beginning to take notice. For TNR, Marty Peretz wrote,

Joe Klein, who spent a lot of print trying more or less to exonerate Dr. Major Nidal Malik Hasan by dint of his being a nutcase, has been curiously silent about Umar Farouk Abdulmutallab. In fact, there's been a certain shyness among the whole left-wing blogosphere (and among Democrats, generally) about the skivvies terrorist.

The left was running away from the Christmas Underwear Bomber as fast as it could trying hard to avoid pinpointing him as a member of any vast Islamic conspiracy. 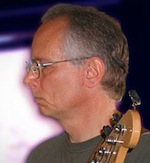 Now we come to Joe Stack's disgusting act of flying a plane into an IRS building in the hopes of killing and maiming federal employees. The left and the Old Media have shown no such reticence to let the investigation into this man's life reveal his ideological tethers in due time. No, these "journalists" have jumped feet first into the accusation that Stack is obviously a member of the tea party movement, or is somehow a member of Hillary's vast right-wing conspiracy.

The very day of Stack's outrage ABC was already proclaiming Stack a member of a "resurgent" right-wing. 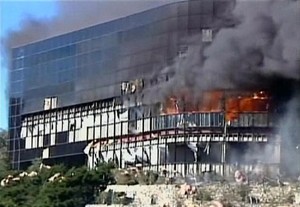 MSNBC immediately paraded before its viewers one Mark Potok of the Southern Poverty Law Center to say that Stack's ideas were "connected to at least some of the core ideas of the radical right." Naturally, MSNBC didn't mention that the SPLC sees right-wing crazies around every corner and is one of the least credible groups out there.

They had to stretch back 20 years to do it, but their crack researchers came thru in a pinch.

"In April 1990, a firebomb packed with a tea bag  a reference to the Boston Tea Party  and addressed to the I.R.S. was placed in the mail in Royal Oak, Mich. It exploded, injuring a postal worker."

And while they appear to make it look like it's all about anti-government and anti-IRS, they fail to mention his anti-Catholicism, anti-Bushism, anti-capitalism and pro-communism.

I guess it doesn't fit the preferred narrative.

"In fact, a lot of his rhetoric could have been taken directly from a handwritten sign at a tea party rally."

"But after reading his 34-paragraph screed, I am struck by how his alienation is similar to that we're hearing from the extreme elements of the Tea Party movement."

Then Time slips this one in not so subtly:

"Toward the end of what appears to be his final note, Stack wrote, 'Well, Mr. Big Brother IRS man, let's try something different; take my pound of flesh and sleep well.' (See the making of the Tea Party movement.)"

And these are but a small handful of Old Media reports that immediately linked Stack to a dangerous right-wing movement, one the Meida fears more than it fears Islamofascism.

The upshot here is that the Old Media and the liberal establishment were loath to classify Christmas bomber Abdul Farouk Abdulmutallab as a member of the Islamic jihadi movement. They called him a "lone wolf" and an "isolated extremist." They stayed oddly quiet on Abdulmutallab's story and some even said that we needed to wait for Obama to give us all the details before we passed judgment.

Yet the same cool heads did not prevail for the reportage of Joe Stack's criminal act. Only hours went by before the left-wing media was in full finger-pointing mode. Stack was immediately linked to the "teabaggers" and was proclaimed a member of some shadowy right-wing, anti-government movement. Of course, not much was made of Stack's website railings against George W. Bush and his favorable comments about Communism by that same Old Media.

The fact is if one wants an example of a true "lone wolf" nutcase or an obvious "isolated extremist" one could find none better than Joe Stack. Abdulmutallab, on the other hand, is a typical Jihadi through and through. Yet the left bent over backwards to reverse this meme in order to paint American conservatives as dangerous terrorists and foreign Muslim terrorists as somehow less worrisome.