August 5, 2010
In an August 2 editorial the Washington Post's Howard Kurtz cried a river over the rancor he saw in today's media calling it a "nastiness index" that continues to rise. But his lament is not only off base in many ways, it is also historically illiterate and is built on only one real complaint: the left no longer has a lock on what is considered newsworthy. 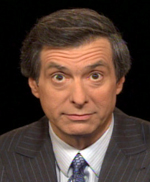 Kurtz starts off with this lament: "Media outlets, which once merely chronicled this era of hyper-partisanship, now seem to be both the purveyors and often the targets of ugly attacks." Kurz sadly says that it has all become "journalism as blood sport, performed for the masses."

Oh the humanities. We just hate to see the media business cater to the great, unwashed masses, don't we? (By "the masses" he means us, folks.)

Kurtz goes on to detail just some of the latest journalistic transgressions as he sees them.

In just the last few weeks, Salon Editor in Chief Joan Walsh and CNBC contributor Howard Dean have accused Fox News of racism; conservative crusader Andrew Breitbart has delighted in pushing a maliciously edited video smearing Shirley Sherrod and refused to apologize; Fox hosts have denounced mainstream organizations as Obama lap dogs for downplaying a case involving the New Black Panther Party; e-mails from an off-the-record discussion group showed one liberal pundit wishing for Rush Limbaugh's death and another suggesting that conservatives such as Fred Barnes be tarred as racist; Rolling Stone's Michael Hastings was accused of betraying journalistic ethics with the story that torpedoed Gen. Stanley McChrystal, and Hastings's critics were ripped as lackeys of the military establishment.

Kurtz also carps that anyone who tries to speak up for the "old regime" is "pilloried" for the effort. Then he attacks me... and everyone that blogs.

Actually, to say anything at all these days invites a fresh dose of venom from the pontificators, pugilists and potshot artists who have real-time platforms  a jeering section that has its healthy aspect while also contributing to a sense of cacophony.

And after issuing a long indictment against specific folks in the media (Erick Erickson, Glenn Beck, Bill O'Rielly, Keith Olberman and others), an indulgence of finger pointing that I'd dare say he's blaming everyone else for, he wraps up with this:

No media person is perfect, including me, but I cling to the belief that facts matter. That, however, is in danger of becoming an old-fashioned view, along with the virtue of calling people for comment before you unload on them. (Too slow, why wait, let them deny the charge later.) Instead, the toxic atmosphere that many media outlets tolerate, and sometimes foster, is slowly poisoning the discourse, for us and, yes, for you.

It's all somewhat fair criticism. Due to technology the media "cacophony" is a bit louder these days and invective is easy to come by. But, I'd dare say that Kurtz is being a bit too "cacophonyphobic," if I can coin a phrase. After all, the less give-and-take there is in the media, the more conventional left-liberal wisdom he can continue to dispense without opposition. And I think that defensiveness is what lies at the heart of why the Old Media is lately so upset about the rough and tumble world of journalism as it exists today.

After all, for the past 40 years the Old Media has had no reason to look over its shoulder. They've been a one-ideology institution with barely a dissenting voice allowed. The Howard Kurtz' of the world had a 40-year break from being held accountable, they had almost a decade of never having their left-wing agenda questioned. They had their "most trusted man in America" moment where no nay saying was allowed. Now it's different. There are dissenting voices, people willing to call the left-wing media's bluff and point out the truth of the matter.

I am sure that for one such as Howard Kurtz, this is intolerable.

But this 40-year vacation from criticism is not the norm for American journalism and this makes Howard Kurtz look quite illiterate about the history of his own profession. In fact, the last few decades has been the only time in American media history where there was little dissent and relative calm, a "journalistic era of good feelings," if you will.

The newspaper industry in the United States, for instance, has traditionally been a blood sport. All the way back to our founders, newspapers have been a platform for obnoxious attacks, wild rhetoric, invective, and poison pens. Alexander Hamilton had his political career ruined by newspaper articles about an affair he had in the late 1700s. George Washington himself, once thought to be the indispensable man, was ripped to pieces in his second term in office. The election of 1800 between John Adams and Thomas Jefferson was a mean affair in the newspapers as venom was spewed back and forth between supporters of the two candidates. Throughout the 1800s newspapers were used to savage candidates and make of politics a low sport. And once radio came there were folks like Father Coughlin that used its airwaves to racebait and pillory those that opposed him.

And then there was the muckrakers and "yellow journalism" of the late 1800s early 1900s where William Randolph Hearst's efforts stirred up quite a bit of vitriol and venom. In fact, Hearst's over-the-top writing helped get America into war with Spain in 1898 helping to spur our Spanish-American War.

It wasn't until TV began to fully take over as the chief means of delivering the news that the Old Media began to settle down and put on a facade of professional detachment. But that was entirely a myth because the media became of one mind on the issues of the day and all involved toed the leftist agenda.

But now that the Internet has come into its own as an avenue for information widely available to the bulk of the population, the one-mind media has had its chokehold on "the news" broken.

And let's face it. It is the fact that the media is returning to the no-holds-barred world from which it came  a world that it belongs in  that is really bothering Howard Kurtz. What he is really mad at is that the Old Media's left-wing agenda no longer rules the roost in journalism today.

THAT is what's really bothering him.