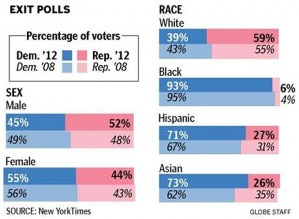 Our American Republic is profoundly MUCH more than race, class and gender. It is simple and yet grand at the same time. The "essential point" is not complicated to understand and does not require an MSNBC spinmeister, Sociologist or a holier than thou Harvard Ph.D. to explain it to us.

I hope the essential point rings a bell for all of us to proclaim! The simple point is FREEDOM.

FREEDOM or LIBERTY, if you will. Nothing more and nothing less.

When the Federal Government Census asks me my gender and race I tell them "your question is irrelevant and none of your business! I am an American that is all you need to know." I may be from European heritage and a male (and short) but I tell Uncle Sam, my students, when I gives speeches and to anyone willing to listen that being an American is an idea, an idea that all men are created equal by God and made in His image regardless of race and gender. While my genitalia and skin color are a part of who I am they are not essential to being an American. 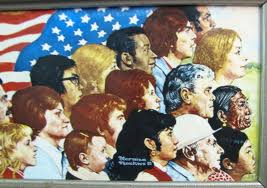 Our Founders drawing from the beauty of Judeo-Christian Western Civilization designed a republican form of government that when it functions on all cylinders wonderfully creates social mobility, economic prosperity and the opportunity for the pursuit of happiness for ALL citizens regardless of the outward. Being an American is an inward identification not an outward label. It is the manifestation of the human soul's desire to be FREE from tyranny and corrupt government control which has haunted man from time immemorial.

This baffles the so-called "experts" in our politically correct universities today as they perpetuate multiculturalism, feminist-pro choice-death studies, African-American studies, Hispanic American studies, Neo Marxist studies etc. etc. etc. and ALL do so at the expense of so called white-European-American Christian man who is labeled as the Grand oppressor of all the aforementioned studies and groups. 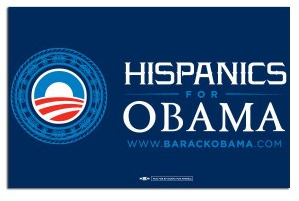 Why is it that in 2008, 69 million Americans and in 2012, 61 million Americans voted for THE most Radical Presidential Candidate and President in our History. Once again the answer is simple. Education. The Book our Presidents are sworn in on, the Bible has the answer:"My people perish for a lack of knowledge." Proper knowledge, righteous, truthful, and wise knowledge from the Scriptures and our Founders Worldview.

When a citizen votes for a candidate based on skin color that is racist. It is that Black and White! 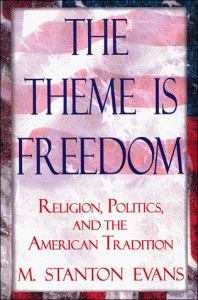 NOTHING else should matter for Americans!!!

The media goes on and on about 71% Hispanics voted for Obama, 93% Blacks voted for Obama, 73% Asians voted for Obama, 57% women voted for Obama, and then they self-righteously school us on the necessity to meet the needs of the minorities and how stupid that the GOP did not pick Latino Marco Rubio, I mean come on Paul Ryan may be one of the smartest Americans on the Federal budget but his skin color lacks the ability to secure FREEDOM from economic debt and tyranny!!! What was old white male Romney thinking?

While politically correct K-12 and College government monopolizing education in this Nation emphasizes labeling and categorizing the outward non-essentials such as class, race and gender they stigmatize, ostracize and marginalize "white Christian males." Government education today ignores, denigrates and distorts the wisdom of our Founders and the Judeo-Christian Worldview as understood in the Bible, the book our Presidents are sworn in on. 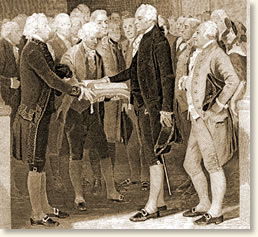 Last Tuesday's election was the acceptance of Barack Obama's collectivist, cultural Marxist worldview and a rejection of our Creator called in the Declaration of Independence, the Supreme Judge of the World. On Tuesday we accelerated our slide down the slippery slope of Socialism into the abyss of tyranny which has always used race, gender and class to destroy Liberty and push us further away from The Truth that sets us FREE.

Patrick Henry who famously cried out "give me Liberty or give me death" also declared "when men forget God tyrants forge their chains. On Tuesday an iron curtain of chains descended across the America. Pray.

God help our Nation! We need You now more than ever before!!!