April 17, 2014
UPFRONT! I need to be "Upfront" with My fellow Wisconsinites, Arizonians, Americans, Patriots, lovers of Limited Constitutional republican government. This has been a whirlwind week in Wisconsin politics (last week was cool too with the Final Four.... love our Badgers!)..... 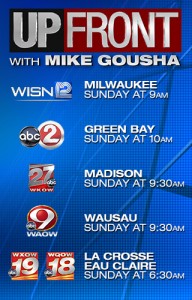 Like many of you I have been engrossed with the political dynamics of how this is plays out....I just finished watching UPFRONT, Wisconsin Eye and have been on the phone or communicating in some form or fashion with many of those involved with Wisconsin politics......

As many of you know I am not shy about my love for honest Limited government and my disdain for the corruption, lies and egos that permeate government at all levels. James Madison once said "If men were Angels there be no need for government" Well..... as recent events illustrate we are not angels thus the need for government. BUT Very LIMITED government and accountability due to the nature of man which is NOT angelic. 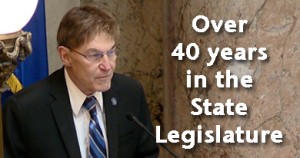 When I was upset with Senator Mike Ellis and said so, many of you concurred with me while some of you accused me of "eating & burning our own." I have never publicly critiqued Senator Ellis until Thursday night. Mike brought this on himself and while I believe he was too moderate for my blood, I supported him and saw him as a fighter for Wisconsin in many, many ways. Like Reagan I can live with a colleague who has 80% of my values in common. So I salute Mike Ellis for ALL his years of service to Wisconsin and America!

With that being said and with all due respect to Senator Ellis, I still believe regardless of Mike's poor judgement and words with Project Veritas the 19th needed "New Conservative Blood" in Madison.

NOW is the time for us to join together in finding a candidate that will be that "New-Fresh Blood," NOW is the time to pray and astutely find a candidate not driven by EGO, Power, Prestige, etc.. but by servant-hood and republicanism. Let us and those who decide to run be very wise with our words and prudent with our presentations. The last thing with want is to lose the WI Senate & get a "Penny's" worth of more BIG government in Madison! I am saddened to see candidates switch commitments to the people as they vie for more power and prestige-watch that happen this week.....that's what separates a "Politician" from a True Statesman.......

And the same applies to the WI 6th Congressional District in D.C.

I admit it is easy for Pundits, Bloggers, Facebookers, Citizens and Me to criticize Leadership BUT it IS VERY HARD to Lead with fickle Sheep all around....I'm not saying to not analyze and critique with righteous judgement BUT please do so with deliberate forethought and study.

Choose yours words carefully. Most who attack would never Lead in a Million years but love taking pot shots on Monday morning.

I have been contacted by a number of people from around Wisconsin to consider running for the 19th. Maybe the sobriety of trying to decide on whether to run for the 19th Wisconsin Senate Seat has had me in our Leaders Moccasins for the last few days and that "walk" has me hearing voices whispering to my soul "Tread softly because you tread before man and God."

My fellows lovers of our Great State and Nation....once again America and God are watching us.....let us ALL tread softly but carry the mantle of our Republic high as did Appleton, Wisconsin's John Bradley at Iwo Jima! 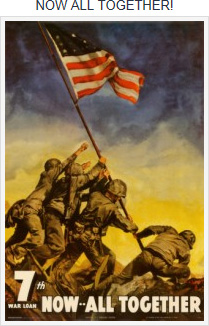