Jake Jacobs
Where is our Cincinnatus for 2016?

Yes, I am elated that last Tuesday, November 4, 2014 was to quote many newspapers and pundits "a Republican tsunami, a landslide of historic proportions" that has resounded loud and clear throughout America! Millions and millions of Americans are fed up with the spending of trillions and trillions of dollars we don't have, the lies of Obamacare, the explosion of the Federal government at a record pace and the testosterone-less leadership in Washington D.C. that continues to advocate for self aggrandizement and the ubiquitous unconstitutional activities of all three branches of the Central government. Fortunately, not only did Republicans take control of the feckless Senate but they increased their numbers in the House not seen in Washington since the days of Harry S Truman. 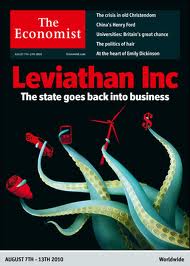 Even more importantly has been the title-wave of Republicans elected at the most essential State level positions as 70% of State Legislatures are now Republican controlled joining with 31 Republican governors. The KEY to fighting this lecherous Leviathan liberalism is at the State level where Capitals across America are now in increasing numbers telling Uncle Sam "ENOUGH!" No more of your unfunded mandates, no more of your spending of our money for your Central government social engineering, no more of your unconstitutional violation of the people and the States sovereignty!

In the midst of this age old battle between the people and the States versus an ever egregious Central government I ask this question, where is our Cincinnatus for 2016?

Cincinnatus was the humble but strong Roman farmer who was called upon by the people of Rome to fight the tyranny of his day. He reluctantly responded to his call to duty but was never in it for fame and glory. He did it for Liberty. George Washington was called upon a number of times in our founding era by the American people to fight the tyranny of their day. Washington preferred to stay home and farm but he like Cincinnatus reluctantly responded to his call to duty and helped save America from tyranny.

Yes, many good and noble things are happening across America as we are seeing a ground swell of bottom to top resurgence of "Liberties Light" that understands that our Republic's survival is to be primarily won at the local level and not with a corrupt administrative-bureaucratic unaccountable Central government in Washington D.C. 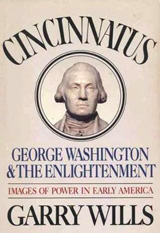 Is there a constitutional limited government Cincinnatus out there today?

Is it the tough and seasoned Scott Walker of Wisconsin, who has been elected Governor 3 times in the last 4 years and took on the monopolistic Unions and Democrat money machine? Is Rick Perry who has made Texas one the the finest examples of economic prosperity and State sovereignty versus the Federal government? Is it Governor Nikki Haley of South Carolina, Governor Bobby Jindal of Louisiana, Texas Senator Ted Cruz or Kentucky's Senator Rand Paul???

Only time will tell if the above mentioned or an a sundry of other potential candidates will have the wherewithal, the wisdom, and the willingness to take on the corrupt Washington political war machine that is hell bent on reaching it's tentacles into our lives in a thousand different ways.

Yes, throughout history on occasion, one leader did make a difference for liberty but they didn't do it alone they needed the help of citizens who understood that liberties legacy is fragile and always on the verge of falling from the precipice into the valley of tyranny. Our government schools through political correctness have neglected teaching the republican vision of our Founders which was a constitutional limited government where the people's sovereignty is a gift from our Creator and that a Central government was to have a very few and limited powers in it's duty to protect and defend life and liberty.

That has been inverted and flipped on it's head today as millions of citizens desire a large National government that will provide for them goodies from cradle to grave at the expense of liberty and economic prosperity from those responsible and willing to work for a living. Liberty defined in 1776 was essentially freedom from government not dependency on government!

Not only do we look for a Cincinnatus to lead this Nation again we look for men and women of frugality, integrity, and honesty who will work with our Representatives to establish once again this great Republic as a shining city upon a hill for Life, Liberty, Property and the protection of the pursuit of our individual destinies.