December 15, 2015
I am sick and tired of all the politically correct feelings about Islam and the unwillingness or inability to say it like it is! I don't give a rat's tuches about their uptight feelings and ridiculous rhetoric when it comes to Militant Islam's WAR on Western Civilization and Christianity. For almost thirty years of my academic career I have had to listen to the bizarre academic and political world present Islam as if it was a paragon of virtue and a major contributor to Western Civilization and Democracy. It isn't and it didn't. 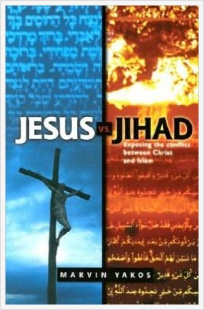 Hogwash and Balderdash with Poppycock sprinkled on top!!! PC feelings are lies predicated upon a presupposition that believes ALL religions and cultures are equal and to be respected in our so-called multicultural world. Not all cultures are equal in valuing life and liberty.

While Jesus calls us to love our neighbor he does not call us to be stupid, naive and hoodwinked into believing that a lie is the truth and that Mohamed's militant-violent Islam is peaceful. It was not peaceful when Mohammad created Islam and as followed by his early disciples and it is not today by his militant disciples who take his jihadic words and actions seriously. Study the Quran, the Hadith, Sharia Law, Islamic history and theology and discover a world full of violence, theocratic totalitarianism, military conquests, abuse of women etc. etc. Mohammad is THE paradigm of that violent world. Slavery existed in the birthplace if Islam until 1962. There are no Churches and Synagogues in Saudi Arabia and there never will be. Signs are plastered all over the outskirts of the cities of Mecca and Medina warning non-Muslims to stay away. There is no multicultural respect in Arabia only Islam.

While many in the politcal Left are in a rhetorical politically correct alliance with Islam, far too many on the politcal Right play the Left's ridiculous rhetorical game as they too say inane and historically-theologically stupid statements like:

"The peaceful religion of Islam has been hijacked by terrorists."

From Al Qadeda to ISIS and Boko Haram et.al. they have not hijacked anything Mohammad and his early followers-Caliphs-Imams have not already done and or ordered Jihad Warriors to do in their lifetimes.

Let's compare and contrast presuppositional truth claims which are rejected in the post-modern academic world of relativism. That world not only denies absolute truth but denigrates Judeo-Christian Civilization while it venerates multiculturalism-except Judeo-Christian culture. According to Christian orthodoxy and history Jesus is God who made the Universe and as God the Fathers' only begotten Son, Jesus redeemed- saved sinners at Calvary. Jesus was murdered. 11 of the 12 Apostles were murdered as they refused to stop telling the world about the Good News of the God-Man Jesus. Early Christian history attests to the FACT that thousands of Christians were martyred for their absolute-exclusive truth claims as they peaceably loved their neighbors.

This is not admitted in our PC-multicultural classrooms today but there is a presuppositional truth claim CLASH between historic-theological Christianity and Islam. This use to be taught but is no longer.

According to Islamic orthodoxy and history Jesus was NOT God but merely a man who did NOT die on a cross to redeem the world. Islam proudly claims that their "god" Allah did not have a begotten Son. Somebody's lying. Mohammad was a conquering Military leader who initiated dozens of offensive battles to violently advance Islam at the expense of Jews, Christians, women etc. etc. There is no reconciling these black and white differences. Mohammad threw his jihaic gauntlet down 1400 years ago and the world has had to deal with that Islamic violence ever-since.

This is THE bottom line. Our Republic under God believes that JESUS is God, THE Creator of the Universe, the Creator of Mohamed. That is a clear cut black and white TRUTH claim. Our Nation, our leaders, our institutions need to deal with that reality. During WWII, FDR, Churchill, our leaders, our institutions did not shy from that reality as they called WWII a War to preserve Christian-Western Civilization versus the BLACKNESS of Nazism and Imperial Japan.

Our leaders today are feckless with feelings not willing to deal with the BLACK FACTS of Mohammad's Islam.

Today Western Civilization and Christian presuppositions are under assault from a number of internal and external influential institutions, in the name of diversity, tolerance and truth. These institutions are profoundly narrow-minded and uniform in their disdain of Christ and Christianity. They are intolerant of Western Civilization's contribution to Life and Liberty and proud in their perpetuating, indoctrinating and disseminating the denial of Genesis 1:1 and John 3:16. They sadly contribute to a culture of degradation and death. 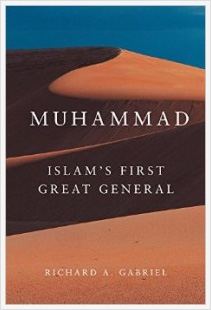 Yes there are millions and millions of Muslims who have cognitive dissonance with Mohammad or do not understand Mohammad's militant character and nature. Badly and sadly today millions do, as they militantly following Mohammad's example.

During this CHRISTMAS Season of 2015 A.D., Year of Our LORD Jesus, let us be as wise as a serpent and harmless as a dove as we share the glorious Good News of who JESUS really is. But let us also have the 2 Swords that Jesus permitted Peter to have, as we Praise the LORD and pass the ammunition of Truth and Knowledge that gives use the ability to discern and differentiate the FACTS from the foolishness of politically correct FEELINGS that hamper our willingness to preserve Life and Liberty here on Earth.