August 5, 2013
These days, some politicians in the GOP are rallying conservatives with the slogan "Abolish the IRS." Obviously, they are looking to exploit the anger of people outraged by the tax agency's politically-motivated efforts to abort the conservative uprising against the elitist faction's agenda to overthrow America's constitutional government of, by, and for the people.

Some of the folks who are using this slogan may have good intentions. But the slogan itself never fails to irritate me. I find myself reflecting on the report in Machiavelli's mirror for evil princes in which he recounts the wicked administrative genius of that ill-starred prince (or literally, according to some reports, that son of Satan) Duke Cesare Borgia. I doubt that I can present the story more succinctly than the Prince's author, so here goes:

"When the duke occupied the Romagna, he found it under the rule of weak masters...so...he promoted Messer Ramiro d'Orco [de Lorqua], a swift [expeditious] and cruel man, to whom he gave the fullest power. This man in a short time restored peace and unity with the greatest success. Afterwards the duke...had no doubt but that he would become odious.... And because he knew that the past severity had caused some hatred against himself, so, to clear himself in the minds of the people, and gain them entirely to himself, he desired to show that, if any cruelty had been practiced, it had not originated with him, but in the natural sternness of the minister. Under this pretence [sic] he took Ramiro, and one morning caused him to be executed and left on the piazza at Cesena with the block and a bloody knife at his side. The barbarity of this spectacle caused the people to be at once satisfied and dismayed."

In the original Italian, the last sentence of this excerpt refers to the people as "soddisfatti e stupidi" – that is, "satisfied and stupid." To translate this parable of evil government to suit America's present experience, we need only recognize the IRS as the administrative equivalent of Ramiro d'Orco. Once that's clear, we may realize that focusing, for political purposes, on attacking the IRS is (like the execution of Ramiro) an elitist ploy to keep us from pulling out the ultimate root of the danger that threatens us. For like Ramiro d'Orco, the IRS is only doing the odious job others have set for it.

The role of the IRS

The IRS's mandate is to administer the income tax. In order to do so, it subjects individuals to a variety of psychological tortures. The aim is to extract a confession (their income tax return) that contains potentially incriminating information. (Whether it is actually construed as incriminating depends entirely on what the IRS chooses to make of it.) This forced confession is, of course, forbidden by the Constitution. In the first place, it's cruel and unusual punishment, in contravention of the Seventh Amendment. (If you doubt that, ask someone, other than an accountant, who has been snared in the tax agency's toils.) Even more obviously, it's also compelled self-incrimination, which violates the Fifth Amendment.

Once we realize this, we understand that the IRS's supposedly unconstitutional, and therefore unlawful, abuses are rooted in the inherently unconstitutional and unlawful administrative presumption necessary for efficient collection of the income tax. Like Ramiro d'Orco, the IRS is simply doing the bidding of those who appointed its task, including the ambitious pols who write the tax laws, vote to fund the collection and enforcement of the tax, and then slyly use the proceeds to lure and reward political support.

The elected and appointed U.S. government officials thrown up by the elitist faction's sham political process are so many Cesare Borgias, staging their Washington spectacles to infatuate and distract the American people. Be mindful, however, that in the contemporary version of Machiavelli's strategic ploy, accusation takes the place of grisly execution. Heads roll only in the figurative sense. At present, the American people's abdication of constitutional authority is so nearly complete that even in that figurative sense, a punitive outcome for the IRS is only a mirage.

Getting at the root of the problem

The most effective way to deal with the elitist faction's abusive machinations is to dismantle the engine that makes them possible. When it comes to America's abusive tax system, that engine isn't the IRS. It's the federal income tax and all the laws and regulations predicated upon it. They are the toils being used to entangle individuals and groups opposed to the overthrow of our constitutional government. They empower the threats routinely brought to bear against churches and other institutions of faith that refuse to cooperate in the demoralization of the nation.

The IRS abuses are only leaves and branches of the threat to liberty. The root is the income tax. So the truthful slogan would be "Abolish the Income Tax." But to implement that slogan, we must deal with another, more pervasive elitist faction threat: the sham political process that keeps puking up politicos who trade in stupefying slogans. They sell emotional sizzle, while leaving the political stakes firmly under the control of the elitist faction clique.

To eliminate this underlying tyranny, we must elect an impeachment Congress in 2014.The upcoming midterm elections shouldn't be about helping this or that party take control of Congress. They must be about enabling the American people to take back control of the politics and government of our country.

But all too many of those who decry our loss of liberty act like lip-service patriots. They clap hands for the idea of a second American Revolution, but are too cowed and stupefied by the elitist faction's political drama to lend a hand in doing anything about it. They cringe before the task, convinced that electing an impeachment Congress is an improbable electoral goal. And by all appearances, they're right.

But by all appearances, at the time the Second Continental Congress approved America's Declaration of Independence, it seemed a most improbable assertion. Yet the first American patriots sustained it successfully. They broke the yoke of elitist faction tyranny, even though they lacked the means bequeathed to us by the constitutional framework they afterwards fashioned. They had to endure deadly warfare. 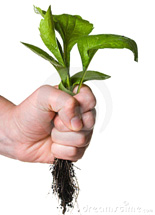 By giving the U.S. legislature the power to impeach and remove abusive federal officers, the U.S. Constitution allows people to assert themselves at the ballot box and elect a Congress willing to take such steps. In this respect, impeachment is the political byword. Removal is the inescapably necessary constitutional remedy. For if the American people don't reassert their constitutional sovereignty, their liberty will not survive.

Faced with that life or death situation, we would do well to adapt for action Sherlock Holmes' famous maxim: When you eliminate the impossible, whatever is left, however improbable, has to be done. Is our patriotic courage so degraded from that of America's first generation? Are we cowards, unable to be what our Constitution requires? The elitist faction's made-up political stars, whatever their deceptive slogans, will never answer that question for us. Americans still loyal to liberty must act for themselves to prove that they are fit to be free.