It was wrong  ironic and wrong on so many levels. Dr. George Tiller, the hardcore abortion doctor who killed so many babies (and a few women) worshiping in a so-called Christian church on one of the holiest days of the year, struck down by a single bullet, struck down so fast he seemingly had no time to repent. In the end, it was so like the unwed woman, realizing her unborn child came not from an act of love, tries to eradicate this sin by killing the baby, thus committing a greater evil. 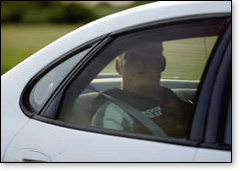 Scott Roeder (expected to be charged today) was wrong. He could have followed Gandhi, who saved India from British Imperialism without a single bullet. He should have followed Martin Luther King, who finally freed the blacks from inequality without a single act of violence or brutality. And if these men weren't "Christian" enough, he needed to follow Christ, who when betrayed by a friend into the hands of violent men, instead said to Peter, "Put your sword away, for all who live by the sword shall die by the sword" (Matt. 27:52).