October 14, 2016
First, to my regular readers, I apologize for my inability to bring my writing to you lately, but the combination of working two jobs and the physical ailments that hit us all as we grow older, have left me unable to share my gift with you 'til now.

The one-two combo of this upcoming improbable and impending election – as well as my new position as reader and host of a monthly poetry slam, has helped me to pen two poems; the first, a silly satire with serious undertones, the second, quite serious from the start – deadly serious one might say. While I wish you were all at my poetry slam to hear me recite in person, I hope that even at home you can hear my voice – and His – through them. 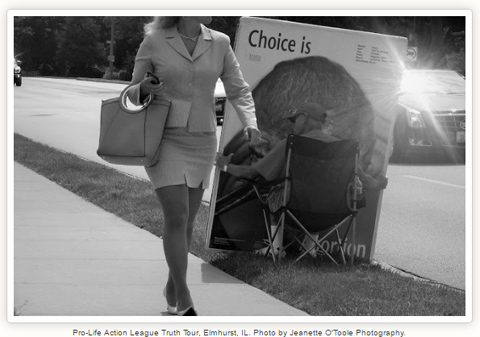 The Demagogue or the Devil

A corrupt corporation or a flimflam foundation
Exposing top secret emails or tweeting outrageous tall tales
Payer of no income taxes, or subpoenaed, forgets what the facts is

Posing as a place that helps women's health, they know to abandon all hopin'
The minute the neon sign switches to "open"
The doctor snickers as he passes protesters who call his work "obscene"
For to him, it's just another Monday morning routine

Before he goes in, the doctor now must quench his thirst –
The teenager is strapped down to offer up her baby first

Quite used to youthful sobs, the doc now stops and looks around
For as if from her womb, a shocking new sound
A voice! Indistinct, yet somehow quite clear
A word! Seemingly distant, but somehow quite near

"Continue with my execution, sir, if you still see fit,
But before you kill me, please tell me what crime did I commit?"

"It's not about ... YOU, but about a woman's choice!"
The doc declares as he searches for the source of the voice
"Ah! It's the woman's decision – of which you have no part
And yet ... whose is the hand that will soon stop my heart?"

Well something must have clicked, for the doctor stopped and just fled
Never to return to this place of the quick and the dead
And although he had a shiny new car right there in the lot
He kept running until he almost stopped his own heart

For whether by check mark or checkbook, by word or by pen
Your voice (& your vote) can give my brothers their life back again
In the meantime, the converse of this question holds true
"Is the killer of me about to be you?"