March 18, 2011
The following poem is a work of fiction. Any resemblance of its characters to actual persons is entirely coincidental.

"When an evil spirit comes out of a man it goes through arid places seeking rest and does not find it. Then it says, 'I will return to the house I left.' When it arrives, it finds the house swept clean and put in order. Then it goes and takes seven other spirits more wicked than itself, and they go in and live there. And the final condition of that man is worse than the first." — Luke 11:24-26 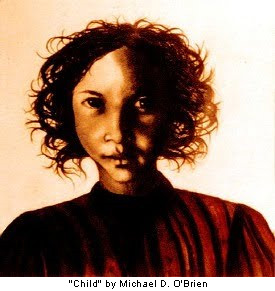 A pro-life priest, an exorcist
par excellence, a saintly shining knight
Now entered her hopeful but fragile world
Promising to rescue her from her plight

For as wonderful as he was, she started to wonder
As he petitioned Christ to deliver her from Lucifer posthaste
Why, when she slipped into a trance, his hand began to touch her
In a manner she would have sworn was unchaste

Later, after the patient intervention of her parents
And some provocative prose from the relentless reporter
The bishop finally put the ex-exorcist priest
In a place where he could no longer hurt her

Though grateful at last to be safe
She also knew "safety" wasn't the same as salvation
Could she ever again trust a man's touch
To share in her dream of the marriage vocation?

Sensing her sorrow, that same earnest journalist
Halted her tears with his lighthearted "bet"
"If the Lord could obtain a good wife for ME
He'll find the right husband for you with no sweat!"

Dedicated
to all those now healing
and all those
who wish to be healed
St. Patrick's Day, 2011

A special thanks to best-selling Catholic writer, Michael D. O'Brien, for the use of his ink drawing, "Child," to illustrate this poem.