COLD WAR II: What happened to the fall of communism?

September 9, 2009
Events were not supposed to have turned out this way: Stalin is making a comeback in Russia, the Chinese Communist Party controls capitalism in China, Venezuela  once a friend of the United States  is now a neo-Marxist state, and Latin America itself is dominated by communist or far left regimes. 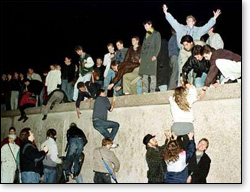 When the Berlin Wall was destroyed by jubilant West Berlin youth, the nightmare was believed to be over. The communist true believers, however, are again a threat to humanity  even within the U.S. government.

It is a story gets little coverage in the centralized media.

Instead of withering away, there are now neo-Marxist regimes in Venezuela, Bolivia, Ecuador, as well as Cuba. Even the Daniel Ortega, the old communist Sandinista leader  and one-time nemesis of former U.S. president Ronald Reagan  has returned to power in 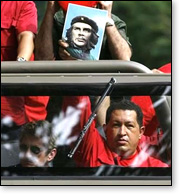 Nicaragua. The governments of Brazil. Uruguay, Paraguay, and Argentina, as well as guerrilla armies in Colombia and Peru, are in sympathy with the Chavez and his "21st century socialism."

The executive branch of the United States government has exposed its vulnerability to post-Soviet Marxism in the hiring of Mark Lloyd, the recently resigned Van Jones, and others who share the same "Chavista" politics. Several members of the U.S. Congress express similar admiration for Castro and communist Cuba. Many wonder to what extent "former" radical Bill Ayers has influenced U.S. president Barack Obama.

While the news media ignores the rise of communism in Latin America, Hollywood celebrities swoon over the Castro brothers and Chavez. Filmmaker Oliver Stone has produced a "documentary" which praises neo-communist dictator Hugo Chavez  at the same time anti-Chavez demonstrations were being held around the world. Pro-democracy demonstrations have not dissuaded leftist producer Michael Moore from calling for the end to capitalism in his just- released film. 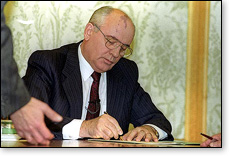 No one predicted these developments.

When the Berlin Wall came down in 1989, most "experts" and private citizens considered this as proof of the moral and economic bankruptcy of Marxism which had killed some 100 million human beings. The Soviet Union, the evil empire, did not so much fall as disappear on December 25, 1991, when all the members of the Union of Soviet Socialist Republics, including Russia, seceded, leaving Soviet leader Mikhail Gorbachev with nothing to govern.

What had began with Vladimir Lenin, the Bolsheviks, and the Russian Revolution in 1917, now seemed to end forever with the events of 1989 to 1991.

But not everywhere. China remained under the iron grip of the Chinese Communist Party, as did Vietnam, Laos, and Cuba. The collapse of the Soviet Union meant that surviving communist states would soon adapt to triumphant capitalism  at least that was the common assumption.

Communists around the world, however, saw things differently. Some believed that the Soviet Union had lost its true communist orientation. Cuban leader Fidel Castro indicated that the fall of the Soviet Union was attributed to political miscalculation. China searched for "socialism with Chinese characteristics."

The conventional wisdom in the U.S. firmly believed that the evolution from communism to capitalism throughout the world was only a matter of time, and that the only place one could find committed communists was on the teaching staff of various American colleges and universities. The real situation was quite different. Marxist true believers were, in reality, reorganizing and preparing for bold counter-moves.

By 1999, the tide had begun to turn. Boris Yeltsin, who had continued Moscow's sophisticated espionage war against the U.S. and its allies, handed power to "ex"-KGB spymaster, Vladimir Putin. Today, Russia is an authoritarian state with a strong scent of revolutionary red .

Since the mid-1990s, Moscow has also played a key role in China's stunning military buildup, which threatens to become a major problem for the U.S. Navy in the Pacific region.

Former Venezuelan paratrooper Hugo Chavez became the president of Venezuela. The people of Venezuela elected a reformer, but soon found that they had a Marxist revolutionary. Similar tactics were used to install communist governments in Ecuador and Bolivia. There also several Marxist guerrilla armies operating in Latin America which support themselves with the processing and sale of illicit drugs.

The Marxist true believers have returned for Cold War II, and are determined to inflict an unworkable system on an unsuspecting world. Despite their claims for a new and better Marxism, they still employ the familiar tactics of physical intimidation, blackmail, prison, death, and, of course, lies  from China to Latin America to Washington D.C.

We can defeat communism  again  but first we must acknowledge that Marxism has returned as a global plague and understand how this lamentable situation came to be.