September 30, 2009
America is about to be forced into a dangerous game of catch and release with deadly spies, threatening both national security and the morale of the U.S. intelligence community, warns veteran counterintelligence officer Christopher Simmons in a exclusive interview with International News Analysis Today.

Christopher Simmons is director and founder of the Cuban Intelligence Research Center.

International coercion, attacks on national security, lies and misinformation spread in the media, and the murder of American citizens are part of a "Cold War" being fought within and outside the borders of the United States.

"To the Obama administration: welcome to the new Cold War," Simmons declared.

As in the previous Cold War, the enemy seeks to find our weaknesses and remove our resolve to believe in who we are and for what we stand. This Cold War is being waged in cooperation with Islamic terrorists. The two sets of enemies are different from each other, but the goal is the same: the destruction of the U.S.

Ironically, one of the most important battles in the new  or renewed  Cold War is one with which most Americans are unfamiliar. 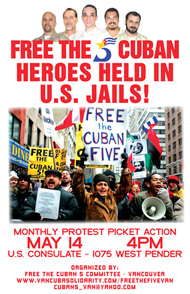 Relatively few Americans have heard of the Cuban Five(Gerardo Hernandez, Antonio Guerrero, Ramon Labanino, Fernando Gonzalez, and Rene Gonzalez). "The Five" were part of the La Red Avispa (Wasp Network) broken by the FBI and Naval Intelligence officers in 1998. They were convicted on a range of charges involving spying activities perpetrated against the U.S.

One of "The Five," Gerardo Hernandez, who holds the rank of major in Cuban intelligence, was convicted of complicity in the shooting down of two planes carrying four Americans attempting to rescue Cuban refugees. The Americans were killed.

The sentences of three of the five will be reviewed in mid-October by a federal court.

An ongoing campaign for the outright release of the "Cuban Five" has made the imprisoned spies well-known around the world. The "Cuban Five" are also familiar to many within the U.S. federal court system, due to the efforts of their attorneys, and in halls of the U.S. Congress as activists work for their release.

"The 'Free the Five' campaign is the most impressive propaganda operation in recent history," and probably had its beginning even before their arrest, Simmons told INA Today.

In the course of the propaganda effort, the image of the United States is attacked, its legal system held to ridicule, U.S. counterintelligence services publically disgraced and undermined.

In addition to these benefits to Cuban intelligence, Havana is sending the message to "The Five" that they have not been forgotten, and to keep quiet, Simmons stated.

Simmons told International News Analysis Today that Cuban intelligence, through human and electronic means, acquires far more information from the U.S. than it can process. The global importance of Cuba's intelligence operations is indicated by the visit of the newly appointed head of Russian military intelligence (GRU), Lt. Gen. Alexander Shluakhtov to the island.

The communist Chinese are also present in Cuba, assisting in the collection and processing of information gathered at the powerful electronic spy base in Bejucal, a facility first constructed by the Soviets.

Moscow is not only working closely with Cuban intelligence, a spy service it helped form in the early days of the Cuban Revolution, but now is cooperating with the intelligence services of Hugo Chavez's Venezuela. Cuba helped remake Venezuela's spy services after Chavez established himself as the nation's Marxist dictator/president.

One of the myths used in the propaganda campaign against the U.S. in favor of the Cuban Five is that the wives of the convicted spies are not allowed to visit their husband.

Simmons stated that only two are prohibited.

Olga Salanueva, wife of Rene Gonzalez, came to the U.S. as an officer in Cuban intelligence and was to assist her husband in Wasp Network activities, Simmons informed INA Today. Simmons described the relationship between Olga and Rene as an "operational marriage."

After the initial arrests of Wasp Network members, Olga befriended Ana Margarita Montez, the wife of Juan Pablo Roque, a Wasp Network operative who managed to flee to Cuba before being apprehended. 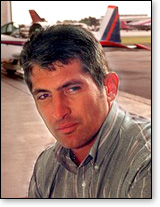 Ana knew nothing of the espionage activities of her husband (left), and Olga's purpose in becoming close with Ana was to reassure her of Juan's claimed innocence and keep informed as to what Ana told the U.S. government.

Olga's track record was known to U.S. counterintelligence, and, as a result, contact with Rene has been forbidden. The same is apparently true for Adriana.

"WE HAVE PROVEN WE CAN DO WHATEVER WE WANT"

Around the world propaganda fostered by Cuban intelligence is portraying the United States as cruel and arbitrary. The assault on U.S. counterintelligence undermines American efforts to limit the hemorrhaging of national security information through Cuba and on to Havana's allies in Beijing and Moscow.

The Cuban Five campaign is sending the message that not only is it difficult to arrest spies, but their imprisonment may trigger an international human rights movement to get them out.

Simmons speculated that "They are saying to themselves, 'we have proven we can do whatever we want and get away with it.'"

Let's Not free "The Five." Let's not forget the Americans they killed.

Additional information on Cuban intelligence and its immediate threat to the U.S. can be found in the several sections of this author's book, Lies, Terror, and the Rise of the Neo-Communist Empire: Origins and Directions, available by title through Amazon, or www.inatoday.com.