Turning red in the U.S. - more Chavez than Alinsky

December 2, 2009
The destruction of the Berlin Wall in 1989 and the collapse of the Soviet Union in 1991 appeared to be the end of Communism as a world movement. Twenty years later, however, Marxist ideology is prominent, if not dominant, among those (Van Jones, Mark Lloyd, etc.) surrounding President Barack Obama, a man who has vowed to change America, and who is leading America's proud and successful military to defeat in Afganistan. 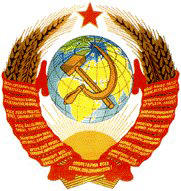 The question which must be asked is, how could Marxism survive, and even prosper, after its main international supporter, the much feared Soviet Union, completely collapsed?

Some well-known pundits have speculated that the Socialist/Communist threat to our God-given rights and our ability to defend ourselves against enemies abroad originates from the Chicago community organizer, Saul Alinsky. This is a basic error which deflects America's attention from an aggressive, hostile enemy operating within the United States and which is actively cooperating with foreign groups and national leaders sworn to destroy the U.S.

Alinsky developed controversial and confrontational methods which were used by pressure groups usually against local government. Alinsky was not particular about who used his tactics.

In Chicago, however, beginning around the mid-1970s, those who were "movement" oriented did adopt some of Alinsky's tactics not only to achieve power, but to advance the Marxist agenda in the United States. At that point the street organizing methods of Alinsky were overtly joined to the wider Socialist /Communist strategies being developed in the United States and other nations. 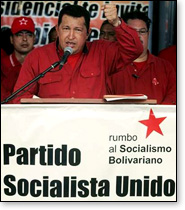 Today's Communists, who often refer to themselves as "internationalists," denounce the ideological straightjacket imposed by past Soviet leaders. They are willing to experiment, and look to Chavez, Castro's Cuba, Mao, as well as ultimately to Marx and Lenin, for strategies and political dogma.

They are Communists seeking to "get right" where they believe the Soviet Union "went wrong." Few took seriously the assertions of Marxist true believers who declared that the end of the Soviet Union was only a rejection of the dictator Josef Stalin who was its originator  and not of Karl Marx, Lenin, or even a re-formed Soviet Union.

Vladimir (aka Nikolai) Lenin (born, Vladimir Ilyich Ulyanov), was the leader of the Bolsheviks who established a Communist state in Russia. Many Communists will point out that the Soviet state envisioned by Lenin was far less centralized than what successor Josef Stalin put into practice (unless, of course, the observation is by a Stalinist-brand of Communist).

It should not be forgotten that while he sought a looser confederation of Communist "republics," Lenin was a master at terror and repression, which laid the groundwork for Stalin's even greater atrocities.

The idea of the spread of Communism without a central authority is unfamiliar to many conservatives who remember the monolithic Soviet threat and the concept of the inviolable "Party line," which, of course, could change as circumstances warranted.

In China, the Communist Party began  and continues with  an internal propaganda campaign to advocate "Socialism with Chinese characteristics." Fidel Castro, one of the Soviet Union's most loyal allies, visited China in the mid-1990s to personally observe Chinese communist efforts.

Castro's Cuba was an inspiration to Hugo Chavez, who currently rules Venezuela under the banner of "21st Century Socialism," a separate Marxist franchise he is exporting across Latin America, and into the United States.

There is, however, a constant which bridges past Soviet-style Communism and the present group of Marxists: They share with the Soviet Union the same belief in an all-powerful state which can destroy individual freedoms at will by the energetic use of police powers  in other words, the police state.

The evidence for Marxist influence in the Obama administration ranges from overt communists as Prof. Bill Ayers (and "ex"-revolutionary wife Bernadette Dohrn) to pro-Marxist physician Quentin Young and anti-capitalist money man George Soros.

It is absolutely necessary to understand the "internationalist"/communist presence in the Obama administration which reliably advocates measures hostile to the traditions of the United States, from government-dictated redistribution of wealth to suppressing freedom of speech on the Internet and talk radio.

The willingness, even the enthusiastic zeal, to use state police powers to coerce social cooperation is an obvious and key element in any Marxist program. 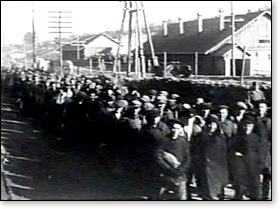 Conservatives must not make the profound mistake thinking that the thrust of the radicals in the Obama administration is toward a "European Socialist" model, as observed in Great Britain, France, and Germany. That would be bad enough, but the desire of the "internationalists" in and around the Obama administration to silence all opposition and control virtually all elements of society demonstrate that their goal is their own brand of "Internationalism"/ Communism in the U.S.

One also can discern the outline of a cult of personality used to support Chavez, the Castro brothers, and which is traceable to Stalin's Soviet Union.

Our ability to support our armed forces is already in peril. If they become strong enough, we can also expect to see the "Internationalist"/Marxist lobby seek to make a strong push to make elections for House, Senate, and President merely ratifications of Party dictates, using a combination of fraud, intimidation, and government media control to obtain the desired results.

These events are not already determined, there is still time to act, but we must first carefully and accurately understand the threat which is upon us. 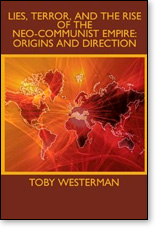 Surprised by the rebirth of Marxism? Read LIES, TERROR, AND THE RISE OF THE NEO-COMMUNIST EMPIRE: ORIGINS AND DIRECTION.