Silent holocaust of Christian martyrs - a warning of things to come?

January 13, 2010
A silent holocaust of Christian martyrs is taking place around the world. While individual instances of murder and mayhem are sometimes reported, the general pattern of violence is ignored by the media, the United Nations, and most national governments. The perpetrators belong primarily to one of two groups: fundamentalist Islamists or Communist-controlled governments.

Despite ideological differences, Islamic militants and Communist ideologues share a characteristic hostility to Christianity. Muslim fundamentalists cannot abide any worship of God but their own, and the various brands of Communists, reformed and otherwise, recognize the threat posed by Christians who profess God as the center of their lives, not a totalitarian police state. The burning of several Catholic Churches in Malaysia, the deaths of Coptic Christians shot following midnight Mass outside their church, police raids in Saudi Arabia against private prayer groups, all testify to the type of "toleration" employed by Muslim fundamentalists.

The stated cause in each of the instances noted above was different, but every attack had the same result: death and mayhem.

In Malaysia, considered a modern, progressive Muslim Asian nation, the initial dispute which led to violence concerned the use of the term "Allah"  God in Arabic  by a Catholic newspaper. Islamic fundamentalists demanded that only Muslims use "Allah," and employed fire bombs against churches and a convent to make their point. 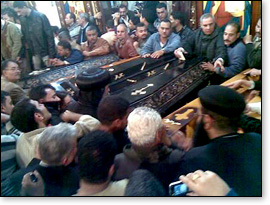 In Egypt, allegations that a Christian man raped a Muslim woman resulted in the murder of seven Coptic Christians and an attempt to kill the area's Coptic bishop. The deadly assault took place about 60 miles from the ancient temple site of Luxor, a popular tourist attraction.

The Coptic Church traces its roots back to St. Mark, and the word Coptic goes back to the Greek term for Egyptian. The Coptic Christians are the remnant of the original population of Egypt before the Arab Muslim conquest in 641 A.D. Egypt was once a Christian nation with a large population served by 50 bishops spread across the nation.

The Copts are acknowledged to be a small percent of Egypt's present population, but the exact number is unknown. Political pressure from fundamentalist Muslims prevents the Egyptian government accurately counting the Copts, a tactic which assures that Egypt's Christians will continue to have little influence in that nation.

The Egyptian government also actively assists in spreading anti-Christian propaganda. A recently released "scientific report" issued by a state-owned corporation described Christianity as "idolatry" and "a religion of polytheism."

The women of the Coptic community are still the targets of rape, abduction, forced marriage to Muslim men and forced conversion to Islam. This is a pattern of brutality toward Christian women which began shortly after the seventh century Muslim conquests and has continued to this day.

In Saudi Arabia, a nation where no Christian church is allowed, the country's religious police are ever on the alert for non-Muslim religious activity, including private expressions of prayer. Private group Bible readings and praying run afoul of strict religious edicts. Even Filipino guest workers, who perform menial tasks for wealthy Saudi families, are in danger if they attempt to pray as they did in their homeland. 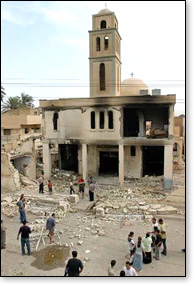 While instances of Muslim persecution of Christian believers are documented from Nigeria to Indonesia, no where is Christian martyrdom more tragic and ironic than in post-Saddam Iraq.

After the fall of Saddam Hussein in 2003 the Christian population was estimated at about one million. Unfortunately for Christians, the post-Saddam era gave the Muslim majority a taste of democratic rule without the American provisions of a popularly accepted version of the U.S. Bill of Rights. Unrelenting attacks on Iraqi Christians have caused between 400,000 and 500,000 Iraqi Christians to flee Iraq, and many of those remaining are internal refugees  displaced citizens in their own nation, fearful of returning to their homes.

Politically inspired oppression of Christians remains a constant feature of the Communist world, despite the "reforms" reported in the centralized media following the collapse of the Soviet Union. The most significant crime of Christians is that they deny the right of the state to dominate all aspects of human life. 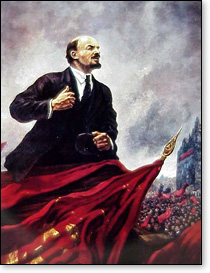 In other words, the state is not God.

Marxists, however, do demand absolute control. The Vietnamese Communist bosses attempted to drive home this point when they ordered about 1,000 police to assist in the destruction of a large, century-old crucifix in a cemetery. Some of the faithful protested and were beaten, two were taken to a hospital where they were initially denied treatment. The parish priest and members of the congregation took the seriously injured victims to another hospital were they received aid.

In neighboring Laos, Communist government officials have described Christianity as a "foreign religion to be abhorred," and threatened a group of Christians with death if they persisted in their beliefs

China will allow religious expression, but only if the government approves the religion. An official Catholic "patriotic" Church is permitted because it is submissive to the Communist Party line. The unofficial, and, therefore, unapproved, Catholic Church is under constant threat of attack. Parishioners, priests, and bishops all live with the possibility, and sometimes the frightening reality, of arrest, prolonged interrogation, and imprisonment. Members of Protestant house churches face a similar fate.

In the neo-Marxist state of Venezuela, virtual dictator Hugo Chavez has lashed out at Church criticism of his Communist regime and proclaimed the Catholic Church a "tumor" in Venezuelan society. Chavez has also described the Catholic clergy as "mental retards."

In Cuba, tension persists between the Communist state operated by the Castro brothers and the Catholic Church. The visit of John Paul II in 1998 initially eased Communist oversight of religion, but all expressions of faith remain suspect, and all faithful Christians pose a potential danger to the shaky Communist island gulag. 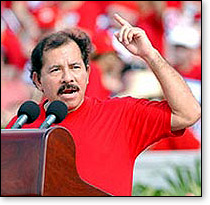 In 2006, former Communist guerrilla Daniel Ortega returned to power in the Central American nation of Nicaragua. Once a target of U.S. President Ronald Reagan's anti-Communist strategy, Ortega claims that he has renounced violence, but remains a fervent Marxist. True to recent Communist practice, Ortega is now attempting to put the Christianity at the service of government, and deny the Church any independence in respect to any political and social issue.

Ortega has encountered, however, the sometimes blistering opposition of Nicaragua's bishops.

Ortega, who has also been accused of child abuse, attempted to use prayer as a wedge against the true concept of religion, and coyly issued to the bishops "an invitation to pray."

The reply of the bishops was a demand for social justice and human rights against the growing Communist dictatorship in Nicaragua. Silvio Jose Baez Ortega, the Auxiliary Bishop of Managua, declared that "Praying does not exempt you from speaking or working for justice," and recommended that Ortega engage in an examination of conscience.

The vice president of the Nicaraguan bishops' conference, Bishop Juan Abelardo Guevara, bluntly stated that it was "abominable" for Ortega "to use the word of the Lord to justify absurd positions."

Catholic bishops are facing similar struggles in Ecuador and Bolivia, where Chavez clones are attempting to substitute faith for Communist Party doctrine, or to undermine Christian faith with appeals to "traditional"  pre-Colombian  religions whose leaders cooperate with the Marxist government.

It must be added that, while fundamentalist Muslims and Communists have been responsible for the great majority of present-day Christian martyrs, Hindu fanatics have also inflicted serious and ongoing suffering on Christians in India, attacking clergy, nuns, the faithful, and churches.

It is time for the U.S. mass media to acknowledge the persecution of Christians around the world, and to identify those who commit these crimes. We must recognize that the persecution of vulnerable Christian populations by militant Islamists and Communists is a herald of things to come for the remainder of humanity.