Lenin lives! - but will he get his own spot on Larry King?

June 17, 2010
Marxism is alive and on the propaganda march as seen in the defense of Communist Cuba and Venezuela by movie director Oliver Stone and former Minnesota governor

Jessie Ventura on a recent edition of Larry King Live.

Stone, who has produced a "documentary" about Marxist dictator Hugo Chavez and his allies entitled "South of the Border," is a well-known apologist for Communism, but Ventura's pro-Chavez, pro-Castro statements indicate the success of a disinformation effort that would make the founder of the Bolshevik revolution  Vladimir Lenin  proud. 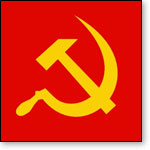 Lenin, who died in 1924, was nevertheless alive and well with Larry and his guests in the statements Stone and Ventura made and how those statements were delivered. 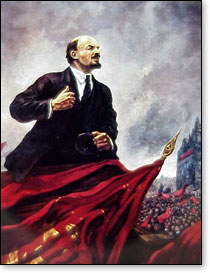 The Larry King interview displayed the carefully crafted use of disinformation and half truths which have been the hallmark of Communist propaganda within the United States since Lenin unleashed his campaign against America not long after the Bolshevik revolution.

Many have written off Lenin as a spent historical force. After all, the Bolshevik revolution has been repudiated by many  even in Russia  and the Soviet Union, which Lenin helped establish, collapsed nearly twenty years ago.

To judge Lenin by these events, however, is to completely misunderstand the Bolshevik leader and severely underestimate the effectiveness of the strategies which Lenin set in motion.

Chief among these strategies is the use of mass media to spread disinformation. The object is to both undermine the will of the people of a target nation to resist and to present in the best light possible the "achievements" of the Communist state.

Another important strategy, which fits neatly within the first, is the cultivation of influential, well-intentioned public figures who can be persuaded of Marxism's good intensions. These two strategies have been employed from the start. 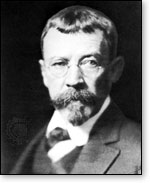 Influenced by Bolshevik friends and acquaintances, the investigative journalist, Lincoln Steffens, one of the first of the "muckrakers" of the early 20th century, traveled to Soviet Russia shortly after the Bolshevik revolution. Carefully managed by his Communist guides, Steffens was duly impressed and reportedly declared that he had "seen the future, and it works." Steffens later became aware of the intensity of Communist oppression and terror and eventually withdrew his support of the Soviets.

A parallel instance seems to have occurred during the Larry King interview. Ventura praised Stone's recent film about Hugo Chavez, and also lauded Fidel Castro and Communist Cuba. Ventura supported his statements about Cuba by indicating that he had visited the island.

Fellow guest Congressman Connie Mack (R-Florida ) countered Ventura's pro-Chavez, pro-Cuban remarks, and drew the ire of Ventura who repeatedly and vehemently demanded to know if Mack had been to Venezuela. Mack had not.

Ventura's own Cuban excursion and his acquaintanceship with Stone have left him as misinformed about Castro and Chavez as was Steffens about Soviet Russia some ninety years earlier.

One can only hope that Ventura will see the truth as Steffens eventually did.

Ventura is not a unique case by any means. There is an unbroken line of pro-Communist propagandists misinforming or disinforming the public since the beginning of the Bolshevik revolution, and this campaign continues to the present day.

One of the first and most shameless of these Marxist tools was New York Times correspondent in Moscow, Walter Duranty, who cultivated a positive view of the USSR during the bloody regimes of Lenin and Stalin.

During the Spanish civil war, Ernest Hemingway, Herbert Matthews and others who assured that only a clean image of the Communist Spanish Republic would be presented to newspaper readers, while painting Francisco Franco's Nationalists in only the darkest of colors.

The misinformation/disinformation strategy exists to obscure the cold, deadly reality first established by Lenin and continued by his successors to this day: Communist rule is elite and absolute, and is protected by a terrorist secret police. This is a universal pattern applicable across time and around the world. 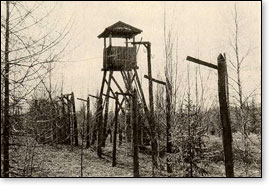 No Communist regime can long survive without the threat of the midnight knock on the door and the prospect of years of imprisonment  if not death.

It is unnecessary to visit any of the Communist prison states or march with any of the Marxist guerrilla groups to determine their affect on humanity.

Talk to exiles, learn about the prisoners of Communist states and rebel groups, observe the Communist use of terror to control the human spirit, and watch how information is censored within Communist states. Yet, Communists in free nations demand full enjoyment of freedom of speech and press. 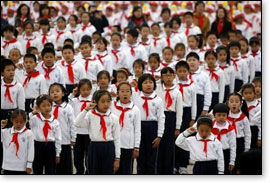 Whether we know it or not, whether we admit it or not, the clandestine war  using Lenin's well-established revolutionary principles  continues against free people. China, Vietnam, Cuba, Venezuela still revere Lenin, and Russia's ruling elite continue to keep Lenin's remains in his mausoleum in Red Square. Russian Prime Minister and former President, Vladimir Putin, declared that the collapse of the Soviet Union, which Lenin helped to establish, was the "greatest catastrophe of the 20th century."

Despite the end of the Soviet Union, the struggle continues for the soul of humanity, and this is a fight we cannot afford to lose.