Spies who look just like us: the game that is not a game

August 11, 2010
The U.S. media is performing a "disservice" to the American people in the coverage of recent espionage incidents and its portrayal of spying in general, according to counterintelligence expert Christopher Simmons in a recent interview with International News Analysis Today. 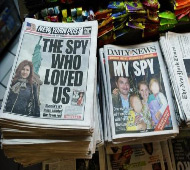 Simmons is a Lt. Colonel in the U.S. Army Reserves, specializing in counterintelligence operations. Before his retirement from the Defense Intelligence Agency, Simmons was deeply involved in the questioning of Ana Belen Montes, who was a senior Pentagon analyst and of Cuba's most important master spies in the U.S. 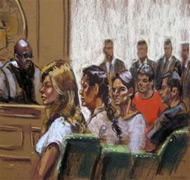 The recent case of the Russian spy ring broken by the FBI is only the latest case of the disheartening failure of the U.S. media to inform the American public as to what spies do and the danger they pose to the security and survival of the United States.

"The media minimized these people," Simmons said in an exclusive interview with International News Analysis Today. "They were not rogues, this was not a haphazard operation. They followed standard SVR guidelines."

The SVR is Russia's foreign intelligence service and one of the successors to the Soviet Union's KGB.

The basic task of all spies, including the SVR Russian operatives recently caught, is to "steal and shape," Simmons explained.

The "steal" aspect is best known to the public, that is, stealing another nation's military or production secrets, but Simmons also described how spies can "shape" a nation. 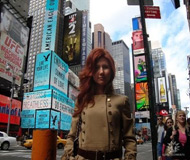 The 10 arrested Russian operatives were engaged as "agents of influence," and not primarily as spies looking for secrets.

Both the Justice Department and the media seriously misinformed the American people by stating that the Russian operatives had not stolen any secrets, but "they were deeply involved in the 'shape' aspect of spying," said Simmons.

The Russian agents of influence sought to transmit to Moscow Central (the nerve center of Russian espionage) what they heard regarding governmental attitudes and policies toward Russia, as well as any other information Moscow deemed important to Russian interests. The Russian operatives also attempted to guide U.S. policies and attitudes to Russia's best interest, regardless of harm to American security. 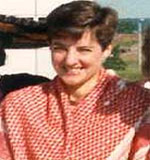 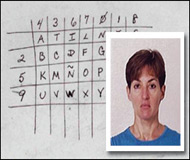 "Agents of influence" can also be Americans recruited by foreign spies. Ana Belen Montes was such an agent. She was recruited by Cuban intelligence officers and then rose to a position of importance as one of the leading experts on Cuba in the U.S. government. Her position enabled her not only to supply Havana with information on U.S. plans and polices regarding Cuba, but also guide those plans and policies in Cuba's favor.

Because of Montes' efforts, to a significant degree Havana was writing U.S. Cuban policy.

Although the FBI arrest of the ten Russian spies was impressive, Justice Department statements and media coverage undercut the meaning and significance of its success, according to Simmons. The public was left with the impression that counterintelligence is not vital, only a side line activity with little real impact on American society.

The dismissive tone expressed by the Obama administration to this major and successful FBI operation could be an indication that the counterintelligence budget may be cut back.

Simmons believes, however, that U.S. counterintelligence resources are already "stretched to the breaking point." 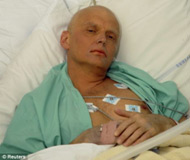 "Intelligence is a game, but it is a grave game...and Americans must realize that the bad guys are out to hurt us," Simmons declared.

Counterintelligence operations demand multiple agents to track one suspected foreign intelligence officer or an agent who has been recruited against the U.S. Additional support staff to compile and analyze data acquired by the frontline agents are also required.

The apprehension of the Russian spies required a considerable expenditure of human and material resources from Seattle, Washington to New York City. Simmons emphasizes that these efforts, despite the cost, are essential for American security. 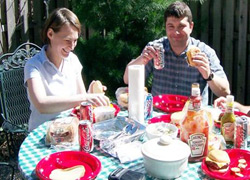 After their arrest by the FBI, neighbors and associates of the the Russian spies repeatedly stated their complete surprise that the people they knew and trusted were actually foreign agents. Their ability to pass as very ordinary people demonstrated the high degree of professionalism of the Russian spies, Simmons stated.

Protecting the nation against these spies can be difficult, because, as Simmons told INA Today, "they can look just like us."

Chris Simmons is the Director of the Cuban Intelligence Research Center, http://cubanintelligence.com/index.php.