Libya - a war only the bad guys can win?

March 29, 2011
Muammar Gaddafi is a secular Socialist leader facing open rebellion led by a faction or factions committed to militant Islam. The clash in Libya between the impatient-for-power fundamentalist Muslims and a ruthless Socialist order is a bloody portent of a future where the United States and its allies are the losers, no matter who wins. 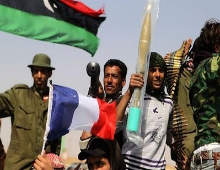 The United States and NATO have become embroiled in the struggle in the name of humanitarianism after claims of vast slaughters carried out by Gaddafi henchmen. While murder is part and parcel of any long standing tyrant, a healthy skepticism is warranted.

In 1999, the U.S. and NATO conducted in the name of humanitarianism an air war against Serbia for the purpose of aiding Muslim rebels in Kosovo liberate themselves from Serb control.

The Kosovo insurgents claimed hundreds of bloody Serb atrocities. After the withdrawal of Serb forces from Kosovo, there was little sign of the alleged mass murders, but the former Serb province did become a center for the narcotics and arms trade.

A recent UN investigation indicates that several current leaders of the now de facto independent Kosovo state were engaged in the kidnapping of civilians — Serbs and others — for the purpose of the extraction and sale of body parts. This occurred during the Kosovo insurrection as the Serbs were branded as barbarous killers and the Muslim Kosovo rebels as innocent victims. 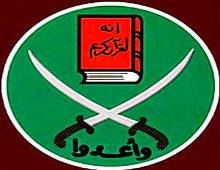 There has been no definitive statement as to who the Libyan rebels are, but Western governments have rushed to their aid. There is ample evidence, however, that Gaddafi's opponents are seeking to establish fundamentalist rule throughout North Africa and the Near East, if not an outright revival of the caliphate which dominated the region in the seventh century. One of the exiled leaders of the Libyan Muslim Brotherhood, Dr. Abdulmonem Hresha, has stated that he expects his organization to play a significant role in any post-Gaddafi government.

In Yemen, which borders oil-rich Saudi Arabia on the south, Al-Qaeda allied rebels are threatening to overthrow the government of Ali Abdullah Saleh. In Egypt, the Muslim Brotherhood may openly run a candidate for president. In Damascus, Syria, protests by thousands of demonstrators are calling for "God, Syria, and freedom" as Muslim religious fervor challenges one of the regions oldest Socialist governments.

In all of these struggles, little if anything is said about the protection of the rights of non-Arab or non-Muslim minorities. What is at stake is the place of Islam as the dominant factor in these respective societies.

Should Gaddafi fall, and the other states at risk also collapse, several new Islamic entities will join the Islamic Republic of Iran in an assault on the West in general, and the Great Satan — the United States — in particular. Oil will bring money which will buy arms and encourage more recruits.

The other significant political factor in the region is Arab Socialism, which earlier was linked to the now defunct Soviet Union, is closely tied to the "new" Russia, Communist China, and other Socialist [read Marxist] nations and groups. 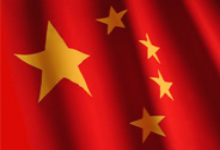 Some sources in Moscow are speculating that should Gaddafi survive, his oil riches will flow to China in response to support from Beijing, but the Libyan leader has other friends. There are also reports that Russia is circumventing UN sanctions against Libya by using Belarusian corporations to ship needed aid to Gaddafi. Cuban pilots are said to be in Gaddafi's employ, and Hugo Chavez of neo-Marxist Venezuela has expressed his support . Even the Marxist International League of Peoples Struggle has condemned the attack on the Gaddafi regime. 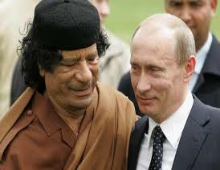 The contest is between fundamentalist Islam using mass protests to seize power, and the secular-Socialist elite relying upon internal political discipline and aid from abroad to see them through the current crisis.

In the early 20th century, Russian Communist leader Vladimir Lenin saw a similar division in the ranks of the anti-Czarist revolutionaries. Lenin eschewed the idea of a mass uprising and bet on the effectiveness of a small cadre of dedicated, disciplined conspirators. By October (November) 1917, Lenin won.

No matter which side triumphs, the United States will face opponents.

At the very least, however, we should find out the real nature of the people we are considering aiding. We do not have to aid either side in the Libyan conflict, or any other similar struggle, if it means assisting those who are out to destroy us.

In the end, fundamentalist Islam may be seriously overplaying its hand. The Islamic Republic of Iran has profited from assistance from Moscow, while maintaining its rabid anti-U.S. rhetoric.

Should militant Muslim governments eventually arise in any or all of the nations now in conflict, the religious leaders will need foreign assistance. The most logical partners will be Moscow and Beijing, who are also rivals of the U.S. and its friends.

There is also the problem that secular and socialist elements will still exist and will resist the strict establishment of Islamic law, as will a large percentage of the general population, as Iranian leaders can testify.

Unrest in the region will continue, instability will remain a constant.

The United States and its allies, however, can ride out the current storm if emotion does not continue to rule us and them.

For our own good we must learn to ask questions. When one side declares that its movement is "for the people," we must ask, exactly who are "the people"? Socialist true believers? Muslim men? What is meant by "freedom"? And, again, "freedom" for whom? If the rebellion is in the name of "God," does that mean that Islam will interpret the will of God for all in society, including Christians, Jews, and others?

Let us define our terms and then act with definitive strength, but only when it is in our national interest. We must take care not to construct a monster worse than the previous one.

In the final analysis, what is in play is nothing less than our own survival.