August 11, 2011
While the battle over the budget is vital to the nation, other events and developments which are essential to the survival of the United States are systematically ignored by the media, even though they logically figure into America's spending priorities. 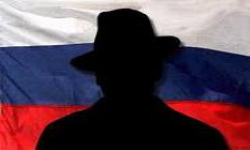 The end of America's space program has caused amazingly little discussion and less outrage. We are now dependent on the Russians for space travel at a time when Moscow is attempting to humiliate our diplomats abroad and engages in espionage against the U.S. at Cold War levels. This dependency on an obviously hostile state should prompt cold fear among all thinking Americans, but the subject has barely received mention on news broadcasts and among media commentators.

The space program has been the reason for much of the U.S. predominance in technology, including computer technology.

It is a matter of grave national concern that we have given away our scientific edge.

As American dominance in space fades into history, a bi-partisan attack in the Senate was launched against modernization of the U.S. Air Force. Democratic Senator Carl Levin and Republican John McCain in July requested information on terminating the F-35 Joint Strike fighter, which is designed to replace America's aging F-16s, which first appeared in the mid-1980s.

The termination of the F-35 program could easily place the United States in a dangerously inferior position to Russia and China.

While U.S. Senators argue over the price of air superiority, other nations, particularly Russia, are displaying no such hesitation. Moscow is boastfully proud of its new Sukhoi stealth T-50 fighter, a "fifth generation" fighter, which possesses stealth technology and the most advanced avionics and electronics. Moscow produced the T-50 as a rival to America's F-22, which has had its production cut short.

In January, China announced its entrance into the stealth fighter club by flying its J-20 over the head of Robert Gates, then-Secretary of Defense on a diplomatic visit to the mainland.

An article in one pro-defense publication states, "Without the new fighters, the Air Force will gradually lose its capacity to operate in hostile airspace."

By all indications, the fate of the F-35 will foreshadow what will befall defense spending -and national security.

The Soviet Union collapsed 20 years ago. The world awoke to find the "Evil Empire" gone, and the United States the only superpower. Today, however, that world of U.S. dominance no longer exists.

The Communist nations that survived the Soviet collapse did not merely continue to exist, they went on a completely unexpected offensive — all with the assistance of a supposedly "new," "capitalist" Russia.

The Communists are still in control of Cuba and China, and Russia's crypto-Marxists have supported the rise of Hugo Chavez of Venezuela and his anti-U.S. 21st Century Socialism. Chavez and his ideology has overt allies in Bolivia, Ecuador, and Nicaragua, and pro-Chavez governments control Uruguay, Brazil and Argentina. 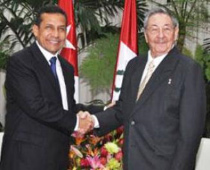 Chavez and his allies have even established a joint military academy in Bolivia for the purpose of developing an anti-U.S. officer corps. and a continent-wide Communist military force.

The newest Socialist ruler in Latin America is Peru's Ollanta Humala, who visited Cuba and was warmly received by Raul Castro, Fidel Castro, and a visiting and convalescing Chavez. Peru, it seems, will join much of the rest of Latin America in an anti-U.S. and pro-Communist alliance, which, in turn, has the backing of Communist China and the "new" Russia.

The increasingly Red and anti-U.S. nature of Latin America has attracted little attention, as has who is supporting the Leftist march south of America's border.

The U.S. State Department continues to block the sale of much-needed F-16s and diesel submarines to the free island of Taiwan, with the cowardly explanation that the sale would offend Communist China. Several members of the House of Representatives have drafted a resolution urging the Obama administration to complete the sale which was initiated during the Bush years. President Obama will decide on the fate of the transfer of the weapons by October.

While the U.S. is equivocating on sending vital weaponry to our ally Taiwan, a report has appeared stating that mainland China is developing electro magnetic pulse (EMP) technology which, if perfected, would destroy any U.S. naval force coming to the assistance of Taiwan during an attack from the China mainland.

Continued advances in military technology by China are intended to carry out an invasion of the island as swiftly as possible, leaving the United States little time — and inclination — to respond.

Even without advanced weapons such as the EMP, Communist China already has overwhelming force directed at the island of Taiwan. Some 1,000 missiles on the mainland are already pointed at Taiwan.

With the weakness and hesitation already displayed by the U.S. State Department and White House, some U.S. veterans who served on Taiwan during the Cold War speculate that mainland China will attempt to invade Taiwan before the upcoming 2012 election, while American resolve is still soft. [For additional background on the views of veterans who have served on Taiwan, see also our earlier article, U.S., China, and a Bitter Irony.]

The increased sophistication of the Chinese military, including the planned construction of several aircraft carriers, is also directed at a post-Taiwan invasion period in which the United States would cease to be a major power in the Western Pacific region. The state of Hawaii would be America's furthest major outpost in the Pacific.

The major Liberal and Conservative media sources often dramatically oppose each other, but, oddly enough, the same events dominate media broadcasting regardless of political stance.

It is long past time that the American people be informed of pressing dangers now ignored by both Liberal and Conservative broadcasts and commentators.

And INAToday is here to do just that.

INA needs you. You can help International News Analysis Today continue its work and utilize our 15 years of experience, covering vitally important events the Liberal/Conservative media will not.