From humiliation to conflagration: we do not know our enemies

A tidal wave of horrific mages of mobs storming our embassies have flooded all media, from TV sets to mobile devices. The numbing truth, however, is that these images are only the most obvious signs of a foreign policy which endangering not only Americans abroad, but threatens our very national survival.

Washington is incapable of discerning friend from foe. In North Africa and the Near East, the result is the rise of the Muslim Brotherhood and other fundamentalist Islamic organizations which use fanatical mobs to lash out at America.

The same inability to recognize threats before they explode into disasters is blinding us, or at least the Washington foreign policy elite and their media friends, to the peril of an expansionist China, a Soviet-style Russia, and the close alliance which binds them.

Russia and China support anti-U.S. regimes in North Korea, Cuba, Venezuela, and the Islamic Republic of Iran. The leadership in Moscow and Beijing has announced their mutual cooperation in the Asia-Pacific region, which is directed at displacing the United States from the area and forcing us to abandon long-time friends.

Both Russia and China are engaged in costly military buildups which include the future construction of several aircraft carrier task forces. The Moscow-Beijing alliance in the Pacific has one target: the United States Navy.

China is already threatening war with U.S. allies Japan, Philippines, and Taiwan over claims to a series of small, uninhabited, but potentially oil-rich islands. Beijing has already warned the U.S. to stay out of the dispute, which in affect demands that America abandon these allies.

U.S. Secretary Hillary Clinton, who only a few days later so ineptly handled the challenge by Islamic extremists in Libya and Egypt, flew in early September to China seeking a meeting with Chinese leaders. 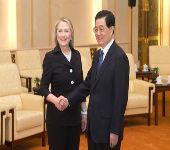 Clinton and Chinese Vice President Xi Jinping, who is regarded as the next leader of the Peoples Republic of China, had scheduled a press conference for the morning of September 5. Mr. Xi, however, did not appear. The meeting was abruptly rescheduled for later that afternoon, leaving Secretary Clinton — and the United States of America — humiliated. The diplomatic snub of Clinton was noted around the world.

Clinton's trip to China accomplished nothing. China continues to act aggressively against U.S. allies, and is apparently unimpressed with America's willingness to protect itself or its friends in the region.

A regional war could easily erupt, which could draw in the United States, resulting in a world war with China and its ally, Russia.

The spy-elite in the Kremlin is not as cavalier about the power of the United States as is China, but Moscow is still talking tough. The truth is that the Obama administration's "reset" of relations with Moscow has failed miserably. 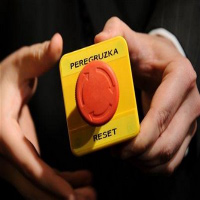 The Obama administration's attempt to forge some sort of new relationship with Moscow began with a bizarre incident. Clinton presented Russian Foreign Minister Sergei Lavrov with a gift of a red button meant to symbolize a new start in Russian-American relations. The button bore the word "reset" in English but the Clinton State Department mistranslated the word in Russian.

Clinton made the weird remark that "We worked hard to get the right Russian word." Lavrov was forced to correct Clinton. No one in the media wondered why Clinton did not simply ask a linguist who was adept in Russian to do the job. It is also perplexing why the Russian word was in the Latin alphabet and not in the Cyrillic which the Russians use. The entire incident was a farce which also portended future disaster for United States policy.

As the American ability to understand the world around it sinks, the "new" Russia increasingly looks like the old Soviet Union both in its domestic politics and in a distinctly anti-American foreign policy. At home, the Moscow spy-elite destroys all real opposition, and beyond Russia's borders Moscow aids anti-American regimes. Moscow is even willing to boldly attack vulnerable American allies, as the Republic of Georgia found out first-hand during a five day conflict with Russian forces in 2008.

Should Israel attempt an attack on Iran's nuclear facilities, their planes may find that they are facing Iranian anti-aircraft missile systems of Russian design.

Moscow is also playing hardball on the question of the deployment in Europe of a limited anti-missile system intended to protect against a rogue state attack. The system is of no use against a mass missile assault which the Russians could launch. 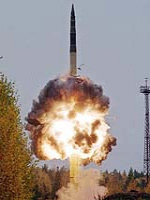 The Kremlin, however, recently issued a Soviet-era threat against Europe and the U.S. should the anti-missile system became functional. Moscow is threatening to build an intercontinental ballistic missile five times more powerful than the present R-36 generation of Russian missiles. The R-36 ICBMs are known to NATO as the SS-18, and were given the name "Satan" for their city-killing potential.

The threat was issued by a retired senior Russian Army officer connected with Russia's Strategic Missile Forces, Colonel General Viktor Esin. He did say that the new missile would not be produced if the anti-missile system was not deployed. 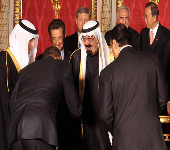 For our national survival, we must recapture a sense of the dangers which are before us. The mobs attacking our embassies and personnel overseas are providing the United States time to reconsider our position in the world and who it threatening us.

We must take advantage of this opportunity. Abasement and apologies don't work, and neither does a stunning ignorance about other nations. We must be informed and act on what we know.

While other nations are building their military, we cannot afford to cut away at ours. It is time to face reality. The growing might of the Moscow-Beijing axis will reach a point in the not too distant future where we will not have time to reflect and consider options. We must plan now to avoid catastrophe later. We must see things as they are, not as we wish they could be.