Arlen Williams
'Do you fully support the Obama agenda?' - video shows just one hard question
And what should Republicans in Congress be asked?

June 14, 2010
If you have not already seen it, you may want to watch this video first, without any explanation. It is in Washington, D.C. and it is from last week.


You may wish to read a bit about it (here) and (here) for some background.

Frankly, we do not know the full story here, even after Rep. Bob Etheridge's (NC-2, D) press conference apology. Had he been harassed by unidentified people with cameras prior to this? His behavior is not to be excused, but people who confront others with microphones and cameras should have the decency and sophistication of introducing themselves. Or, is he simply on his ear (and into another's) because he is being put on the spot about the Obama agenda? 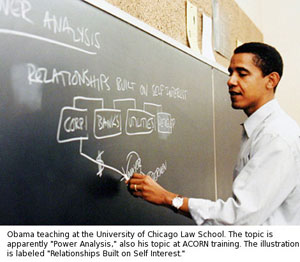 Does Etheridge realize the Obama agenda is stealing and destroying the wealth of America's Citizens who happen to have a bit of it (the bourgeoisie)? Worse yet, that his agenda os one of eliminating our American Sovereignties, and of bringing Marxist revolution and its slave-class system to our nation, along with fealty to global government, through planned "transnational progressive" initiatives such as Cap and Trade and the Climate Change Treaty?

In other words, "the Obama Agenda" is treason against America and we are in the thick of this warfare. Do you know that? The weight of guilt upon Obama supporters in Congress is astounding. Reactions to this pressure as irrational and even as violent as Etheridge's, should not be surprising.

But, speaking of "the full story here," why do the "conservative" Representatives of Congress not talk (publicly) about the Obama agenda in terms of his cold, calculating Marxism?  terms which those who honestly study neo-Marxists know so well by now. I suggest confronting Republicans in Congress, asking them, complete with video camera and microphone: "Why are you not telling American Citizens what the Obama agenda really is?"

Then ask them the three SOVEREIGNTY NOW questions and ask their challengers:

1. Are you a member of any organization supporting the ends of globalism, transnationalism, communitarianism, or U.N. Agenda 21 defined "sustainable development," or have you received money, or services, or other favors from any of these?

2. Do you pledge to uphold America's individual popular sovereignty, our parental sovereignty, the sovereignty of the states, and our national sovereignty, against every internal and external threat, according to our Constitution and our Declaration of Independence?

3. Do you pledge to support and not undermine the sovereignty of other free and benign nations, for example, an unified Israel, in its present borders, with its capital Jerusalem?

Then, let us ask for a full investigation of the unprecedented, monstrous scam of Cap and Trade, Climate Exchanges, and the Climate Treaty  a RICO investigation, as my colleague "CJ" requested, last week.

We get only the government we ask for, at best. Are you seeking? What are you finding?  AW