“We’re mobilizing our military, and other forces, but we’re mobilizing our military on the basis that we do have a vaccine. You know it’s a massive job to give this vaccine. Our military is now being mobilized so at the end of the year, we’re going to be able to give it to a lot of people very, very rapidly.” With those words Thursday, President Trump dreadfully alarmed many who are given to alarmism and who would otherwise be some of his most adamant supporters.

This however, is not news. Trump made it clear in mid March that our military forces were being utilized in all relevant or contingent scenarios. He was speaking of preparation for potentials. There are many concerns to be had, about rapidly prepared vaccinations and the surveillance of our citizenry in the name of tracking either the contagion, or one’s antibody build-up, or whether or not one is a recipient of whichever as yet hypothetical vaccine. We patriots are not fans. But nowhere did the concept of vaccines being made mandatory come into this discussion with Maria Bartiromo.

Why, just last Friday, Trump suggested COVID-19 vaccines will not likely become necessary, even if they do prove adequate for their initial human Guinea pigs.

Simply put, however, the U.S. military includes the federal government’s best project managers and our best means of carrying out large-scale projects. Furthermore, we are in a massive war, so, military.

Here is what should concern us greatly. In the midst of their constant lecturing to the world that globalism must occur and be done their way, the Chinese Communists intentionally spread a biowarfare virus to the world, to demonstrate the point. Brilliant. Yet, so many still kowtow to these, whose face should be lost down the storm drain, to drift to the sewerage treatment plant.

Many of us, by now, understand this despotic regime of China is at war with the U.S. and the Wuhan virus may be only one phase of it, more to come. And COVID-19 is not the first wave of their war crime atrocities. As Cliff Kincaid has pointed out, they have been dumping the pandemonium of Fentanyl into America by probably the murderous ton, by now, causing tens of thousands of deaths in addition to widespread debilitation.

Early in his administration, Pres. Trump raised a furor for calling some nations of the world “sh**-holes.” He and we need to understand very clearly that China is led from a Hell hole.

Rather than continuing here, about China’s readily apparent war with America and our critical need for that to be demonstrated to our own citizenry and abroad, please see the article from May 7: “URGENT: Pray the Schemes of China and U.S. Subversives be Immediately Exposed.” 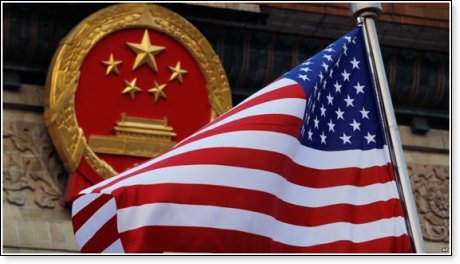 Please, also be concerned about nursing home patients. Trump’s COVID-19 Task Force knew full well by early March, of the likelihood of great harm to our elderly in nursing homes nationwide, due to the Washington State catastrophe. But did they focus on that red-light-critical matter? No, they did not. Adequate federal guidelines (or mandates) were not made. Why? Did some of the Obama holdovers in the White House team think it not such a bad idea to kill-off the old folks? Remember what Obama said while selling Obamacare in 2009, give grandma a pain pill and let that be it.

Why has this White House team not been focused on quarantining the vulnerable, rather than all the rest of us who need to make money to pay for their care? And where has Vice President Pence been on the nursing home crisis, bless his sleep deprived soul? Trump and Pence continue to be perplexingly Deep-State-gullible. They can both be excellent strategists and tacticians, but where is the principle, where is the scrutiny, and where, the discernment? A vocabulary word for you, Messrs. Trump and Pence: perspicacity. Please get more, get lots and lots more and add sufficient doses of skepticism of Democrats. They are just not like us patriotic Americans.

And be concerned, dear reader, about largely Democrat physicians, largely in our major cities, who refuse to prescribe the successful hydroxychloroquine-zinc-antibiotic cocktails to their largely Democrat patients, who then fail to find another doctor, because…they’re Democrats. That may make for better electoral results, but at what point does it become murder by omission?

If you are a fellow Christian, please interpret “be concerned about” as: pray. For further references, I suggest today’s Globe & Malevolence and I recommend subscribing to it by email, no charge.