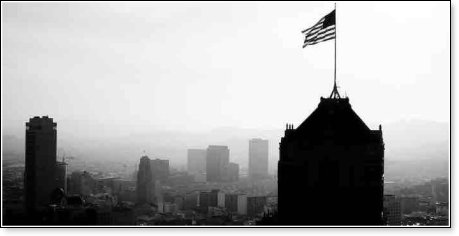 On March 16th of this year, I went to bed in America as usual, but woke up in Venezuela. I didn’t know it over breakfast, however. It didn’t dawn on me until a few hours later, after I had reached the paper goods aisle at our local Target store, when I encountered two long rows of empty shelves where the toilet paper used to be stacked.

Later that afternoon, still optimistic, I headed over to our nearby Trader Joe’s to buy said toilet paper, only to find that they too were sold out. Not only that, but the people in the store were filling their carts to the brim, and many staples were already sold out. I figured these shoppers must know something I didn’t, so I filled my cart too—mostly with things I didn’t really like or want—as that was all that was left. After all, I was unschooled in how to survive in Venezuela. I did figure out though, that the frozen mahi mahi burgers were not a good bet. They were the only untouched item in the entire freezer case.

Within a week or so, ironically, Venezuela started looking good. For now we had more or less entered Communist China. No more Constitution. No more liberty. And still no TP.

There’s a heart-wrenching song by Jerome Kern and Oscar Hammerstein that debuted in a film during the early years of WWII, called The Last Time I Saw Paris. The lyrics paint a charming picture of pre-war Paris as a beautiful and beloved city, but the song ends with these haunting words: “The last time I saw Paris her heart was warm and gay; no matter how they change her, I’ll remember her that way.”

They say history doesn’t quite repeat, but that it rhymes. It didn’t take long for fascism to subsume the liberty, and later the lives, of millions of erstwhile free people. Paris was one such casualty. I hope we never need to write songs about remembering the America that was. But here we are in the third week of April, and it’s looking like this may be a sad possibility lurking in our own future.

I just read in one of our local papers, in small print at the bottom of page four, that 15,000 retail stores in America are likely to close for good. Fifteen thousand stores! Are we to be left with nothing but Amazon? In whose interest would that be?

And I suspect that figure mainly encompasses big retailers. No one seems to be tallying up the deaths of our local small businesses—the one-of-a-kind stores that do much to give our towns their special character. We form relationships with the people who run our Mom-and-Pop gift shops, candy stores, pet shops, ice cream parlors, stationers, nail salons, book stores, hair salons, camera stores, boutiques, restaurants, and more. We know them, and they know us. We patronize them week after week.

We don’t need any sophisticated computer modeling (which never works anyway) to predict what this would look like across America. We can envision it in our mind’s eye. Desolation. Despair. Depression. The life and vitality and vibrancy sucked out of our suburbs and cities all over the country. Empty streets. Ghost towns.

And for what? Because the flu was a little worse than usual this year? Even Fauci himself postulated that we may be looking at close to the seasonal flu mortality rate of .1%, in his recently published NEJM article.

Let’s clear up a misconception. We are not experiencing a “pandemic” in America. A pandemic is merely the term for an epidemic occurring in multiple countries. While we can call this virus a global pandemic, in America we’re experiencing a seasonal flu epidemic, as we do most every year. And this one, by the numbers of deaths, is far from the worst we’ve ever had.

Take a look at the rationale being used by county authorities in Silicon Valley—in San Mateo County, to be precise. An April 17th article in the San Mateo Daily Journal featuring the head of the county’s Health Department, Dr. Scott Morrow, states: “All officials, Morrow included, rely on models to determine the potential impact.… [T]he model [initially] projected ICU beds would run out in early April, then this week [April 17th], it appears that is no longer the case because of the shelter-in-place order.” (Italics mine.)

The model’s prediction did not pan out. Not even close

Let’s parse this. The model’s prediction did not pan out. Not even close. So was the model, dare we say it, wrong? Not a chance! It must be that “sheltering in place” is working! Isn’t this a bit like the famous coin toss of “heads I win, tales you lose?”

If the model’s dire prediction had come true, the modeling would be vindicated as correct. If, as happened, it was proven way off, that must prove that placing our citizenry under house arrest was a good idea that paid off. You think? Of course what’s left out of this equation is the fact that we can’t possibly know what would have transpired without the lockdown. And it’s entirely possible the results would have been the same! We truly may have wrecked our economy and the lives of our residents for nothing! I, for one, believe this is exactly what we’ve done.

Now let’s look at the terrifying large numbers of deaths from COVID-19 in our county that would lend credence to such drastic measures as the ongoing shelter-in-place mandate, which has just been expanded to include mandatory wearing of face masks, on pain of arrest and/or fines, beginning on April 22nd, while much of the country begins to open up. Beginning tomorrow morning at 8 pm, anyone entering a grocery store or other public place without wearing a mask can be charged with breaking a law, and will be fined up to $1,000 and/or thrown in jail for 90 days. Perhaps this is why the governor has released so many convicted felons from prison—to free up space for our citizens who want to breathe freely, sans mask. It seems in California, we’ve now moved to Communist China.

Back to our data on which all this totalitarianism is supposedly based. To date, how many people have died of the Wuhan flu in San Mateo County? Let’s wend our way to that number. We don’t have hard data on mortality rates, due to so few people having been tested, etc., so I’m going to plug in some numbers that may give us a reasonable idea of the all-important mortality rate. Out of our county of 766,573 people, let’s assume that over the course of the past 3 months, at least 15% have been exposed and would test positive for the virus, if everyone had been tested. So that would be approximately 115,000 people whom we’ll assume caught the virus. Of these, WHO predicted a death rate of 3.4. That would equate to a death toll of 3900. Alarming. But then we were told, oops, the mortality rate is more like 1%. That would mean 1150 deaths. Ah, but Fauci himself later postulated that we may be looking at close to the seasonal flu mortality rate of .1%. Plugging that in, we get 115 deaths. So with all these predictions of doom and gloom, what would you expect the actual number turned out to be? 2500? 1100? 450? 250? 100? Give up? Here’s the total: 21. That’s right, 21 people! And 19 of them were 70 years old or more, which makes it likely that some of these folks died of co-morbidities, rather than of the virus itself. By the way, what is the mortality percentage from COVID-19 out of the entire population in our county? .0027%.

Pathetic misfire: sheltering in place didn’t destroy the economy, it was the pandemic

Let’s look at another important metric. How many residents of our county are in ICU beds currently with COVID-19? Twenty-two. But it turns out we have more patients in the ICU without COVID-19 than with it! Twenty-nine vs. twenty-two. And how many ICU beds does our county have? Seventy-seven. So we have 26 ICU beds still available. And we were supposedly on track to having all of them full of desperately ill people by the beginning of April. Didn’t happen. And how many of our 302 surge beds are being used? A grand total of 17. Doesn’t look much like Italy, does it?

From the same article, we should note Dr. Morrow’s critical thinking on the issues the county is facing: He said the order [sheltering in place] didn’t destroy the economy, it was the pandemic.

Ah! So that’s who we need to blame! The microscopic virus! Nice try, doc. Actually, a pathetic misfire.

Perhaps someone should inform the good doctor that the Chinese virus can hardly have gotten a hold of the levers of economic and state power. All it can do is to make some people sick. Yes, the frail elderly are at increased risk of dying of it, but the virus didn’t close down our retail businesses. It didn’t mandate that people stay out of churches and synagogues and movie theaters and concert halls and baseball stadiums. It didn’t shut down our restaurants and other vital small businesses that simply cannot survive the draconian and utterly uncalled-for policies from state officials exactly like Dr. Morrow himself.

No, Dr. Morrow, it is you and your ilk that are destroying our communities. You and our governor and the entire entourage of self-aggrandizing, power-drunk bureaucrats are scuttling our businesses, deflating our economy, and causing untold suffering to millions of our citizens. It’s not the virus. It’s the bureaucrats. It’s our officials. You are to blame 100%.

When describing the 1940’s song at the beginning of this article, I left out the poignant ending of the opening verse about Paris. It goes like this: “Lonely men with lonely eyes are seeking her in vain; Her streets are where they were, but there’s no sign of her.”

We the People must not stand by and let such a tragic fate befall America!