May 4, 2012
"To sin by silence when they should protest makes cowards of men." Abraham Lincoln 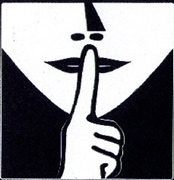 To be honest, I was tempted to begin this article with an extensive review of how the Left, fresh off being blind-sided by its 2004 election loss, has successfully developed, instituted and, now, institutionalized an effective take-over of the mantle of religious legitimacy in this country. Under cunning and deceptive labels such as so-called social justice and the common good, these extremist forces have managed to seize control of most major Catholic colleges; spread the false doctrine that war, poverty, the environment, abortion, and family issues are all morally equivalent; and largely position themselves as the face of Christianity in this country through sophisticated and aggressive public relations and marketing efforts as well as the gleeful assistance of a sympathetic, secular media. In the interest of brevity and respect for the extensive evidence of the above claims in the literature, I will focus on how the Christian Left's silence in a few key instances speaks volumes regarding its true allegiance.

Typically, the so-called Christian Left presents itself as a defender and its opponents as the foes of the poor, women, families, the environment, and human rights. Typically, these people only recall Scriptural passages where Christ helps victims of society but conveniently get off the Scripture bus right before Jesus tells people not to sin and reminds them to repent from sin. Typically, these people present themselves as victims as well, assailed by the "hate" of others pretending that everyone who opposes their arguments spews vulgarities and condemns them to hell and asking how it is not hypocritical to shame, judge, and attack others in the name of Christ. I agree with them that only God can judge them and that it is wrong to attack them for their views. However, I was wondering if the Christian Left could explain a few things to me.

Although they present themselves as defenders of human rights and protectors of women, why have they been silent regarding the horrific human rights atrocities of China's one child rule as exposed by Chen Guangcheng as well as being silent about the atrocities committed against women in Islamic honor killings all over the world? Is it not an interesting coincidence that the Christian Left's positions in the above cases exactly mirror the position of the secular Left, but with a few well-placed references to the Bible here and Christ there?

Although they assertively cite the Bible to justify their positions, proclaim themselves solid Christians, opponents of bullying, and proclaim their allegiance to Christ as their role model, this so-called Christian Left has not said a word against Dan Savage for his despicable and ruthless attack against the Bible and Christians in what many have described as a bullying attack itself. Could it be that the fact that Mr. Savage is a homosexual activist and extensively supported by the Left have anything to do with the Religious Left's silence? How is it consistent to attack a Christian beauty pageant contestant for disagreeing with the homosexual lifestyle yet remain silent when an Islamic radical calls for the murder of homosexuals?

Finally, the Christian Left extensively cite Christ to justify their arguments and present themselves as faithful followers of Christ. Despite this, this group enthusiastically and proudly embraces a leader who makes light of his attacks on Christianity and asked that the symbol "IHS," a monogram of the name Jesus Christ, be removed from sight when he spoke at Georgetown back in 2009. Could it be, once again, that the Christian Left is demonstrating more allegiance to the "Left" part of its name than to the "Christian" part?

Matthew 7:16 reminds us that " By their fruits ye shall know them." We live in a world which increasingly marginalizes, mocks, ignores, and persecutes core Christian beliefs and even Christ Himself. The study of logic teaches us that fallacious arguments contradict themselves and fall of their own weight . The examples cited above point to a number of areas where the Religious Left's self-identification as Christian clearly takes a back seat to its self-identification as supporting the agenda of the "Left."

Some might be tempted to call the Christian Left hypocrites in light of their inconsistencies and obvious selective outrage cited above, but to do so would be to underestimate this group. I propose the alternative assessment that there is nothing inconsistent or hypocritical about these contradictions and selective causes once one accepts that the so-called Religious Left has always proclaimed their faith aloud for all to see, and that faith is promoting the Left's agenda with a crucifix in one hand and Saul Alinsky's Rules for Radicals in the other. A simple study of history will show that Alinsky, the hero of all community organizers and those who love them, used religion to promote socialism and Marxism, declared that he favored hell over Heaven, and dedicated his work to Lucifer. Sure sounds like Christianity, doesn't it?