Cynthia A. Janak
Memorial for the New Year

December 29, 2008
On December 31st of every year we all make resolutions with the hope of improving ourselves one resolution at a time. Usually we make resolutions that we know in our heart we will not be able to adhere to. 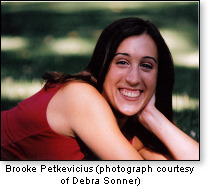 This year I am making a resolution to remember certain individuals that have touched my heart. These individuals are no longer with us on this earth but are now angels watching over us. I am going to keep each and every one of them in my heart so that their memory remains alive.

The first is Brooke Petkevicius who was 19. While at the University of California, Berkeley, she studied social work and was involved in many extracurricular activities, including co-ed volleyball and ballroom dancing. She played on an intramural volleyball team, went to kickboxing classes. She also was a social welfare major.

She died 14 days after her first dose of Gardasil from a pulmonary embolism or blood clot. There is no family history of this. 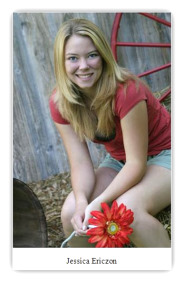 Jessica Ericzon, 17, was "an all-American teenager," as described by one of her upstate LaFargeville teachers. She loved SpaghettiO's, pepperoni, lilies, listening to her iPod and making her pals laugh.

In her senior yearbook, she wrote, "The best things in life aren't things, they're friends." Last February, she was working on her softball pitches, getting ready for a class trip to Universal Studios in Florida and hitting the slopes to snowboard with her older brother. 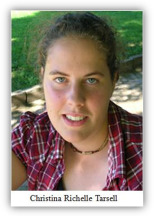 "She was essentially dead by the time she hit the floor. Whatever it was, it was instantaneous," Livingstone said. His autopsy found no cause.

Christina Richelle Tarsell, 21, died in her sleep June 23 at her home in Tivoli, N.Y. Her death was unexpected. After an extensive autopsy, the cause of death is still a mystery. My family has concerns about the HPV vaccine, Gardasil, which I had received only days before my death.

She was a member of the National Honor Society and Amnesty International, and art editor of the literary magazine Brillig. She graduated from Hereford in 2005. Chris played baseball on the boy's team in middle school, varsity softball in high school and tennis in college. 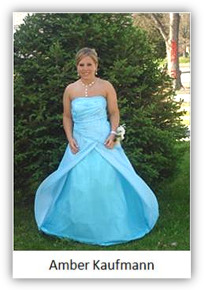 She had completed her junior year at Bard College in Annandale-on-Hudson, N.Y., where she was an honor student in studio art.

Amber Kaufman was a perfectly healthy 16 year old teenage girl who collapsed on her way into work with a seizure and her heart then stopped. Amber played volleyball, track, and had a boyfriend who is still having a rough time.

Her cause of death was listed as "cardiac disturbance of undetermined etiology."

November, 2008, Megan Hild, age 20, Megan loved children especially her nieces and nephew. Her family was her life and she never missed an opportunity to spend time with them. She especially liked to be at home just hanging out with family and friends. Megan was a student at CNM working towards her Associates degree in radiology and general studies. Megan's beautiful smile will be greatly missed by all who knew and loved her. 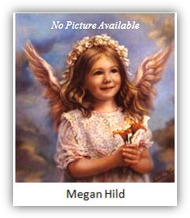 She was a very healthy and happy going to college young lady.

Here is an excerpt of an email I received from her mother.

The one thing in common that four out of the five girls that I have featured is that the actual cause of death is unknown. How can that be? How can these healthy, active young women for no apparent reason just die? That does not make any logical sense to me. There has to be a reason because things like this just do not happen, period.

Here are some excerpts from the VAERS reports. (COD = Cause Of Death)

275990  "the patient died of a blood clot 3 hours after getting the Gardasil vaccine."

282747  physician who attended a conference that mentioned two patients who were vaccinated with Gardasil. Subsequently the patients died. The cause of death not reported.

287888  the patient died suddenly. The cause of death was unknown.

291804  autopsy report which reveals COD as diabetic ketoacidosis & manner of death as natural.

293388  death certificate from funeral home which states COD as brain death due to cerebral herniation and meningoencephalitis. (NOTE: patient received HPV & Menactra on 5/10/2007.)

319810  She was taken to the hospital by ambulance but passed away during the transport from an unknown cause.

320910  The patient's mother told to the physician that her daughter died in her dorm room 4 days after receiving the dose.

318491  The cause of death was reported as allergic reaction to GARDASIL.

325814  The patient was told that the leukemia was treatable however on 25-JUN-2008 the patient passed away. (NOTE: physician mentioned that something had to trigger the onset and the reporter believed that it was GARDASIL.)

325063  the patient experienced myocarditis and died.

324002  Cause of Death: cardiovascular collapse as a consequence of pulmonary emboli, dehydration and diabetic ketacidosis. (NOTE: Sudden death)

321696  (NOTE: Her cause of death was listed as "cardiac disturbance of undetermined etiology." Taken from newspaper report.)

Here are thirty reports of death. You will notice that some say undetermined or unknown in the report and others will say natural causes. This bothers me because if you read every single report completely you will notice that the majority of these girls and young women were healthy initially.

This makes me wonder how many young girls and women have died suddenly and the connection to Gardasil was never made?

(If you know of a young girl or woman that died suddenly or of natural causes that had the Gardasil vaccine, please contact me through my website www.cynthiajanak.com/contact.html all responses will be kept confidential.)

This has become an international epidemic. I am receiving hits to my website from all over the world and reports of injury from outside of the United States. Here is an article from the European Medicines Agency.

The European Medicines Agency (EMEA) has received reports of deaths in women who had previously received Gardasil, including two reports concerning the sudden and unexpected deaths of two young women in the European Union (EU).

For some reason the reporting of adverse events in the media both here and abroad are being silenced. How do I know this? An acquaintance of mine reported to me that a contact of ours whose daughter is now paralyzed has been threatened into silence and not allowed to talk to the media.

All efforts to find out who threatened them and why have come to no avail, they are too scared to even talk to us.

Take that any way you want. Should I be scared of those forces that have created such fear into this family, probably? Am I scared, No.

Exposing the injustices to our children and the people has become a calling for me. If something should ever happen to me someone else will take up my banner and continue to fight for the people of this great nation and world.