Cynthia A. Janak
Does the mainstream media slant the truth about the HPV vaccines? Part 2

May 19, 2012
This is the continuation of my response to Here Is How We Know Gardasil Has Not Killed 100 People, by Matthew Herper. There is so much information available about the other side of the story. That is the reason this article has to be posted in many parts.

If you have not read part one please do so before continuing. Thank you.

Here is the next quote by Mr. Herper and this is a dozy. "There have also been 60,000 reports of death with the mumps, measles, and rubella vaccine, and 26,000 following vaccination with Pfizer's Prevnar, for pneumococcus bacteria."

Mr. Herper from Forbes really misunderstood these results or made a grievous error. What you see here is 60,000 reports of death with the MMR. There were only 316 deaths from that vaccine. These numbers span a time frame from 1997 the earliest date that I found listed and the present. You can find that at MedAlerts (4) 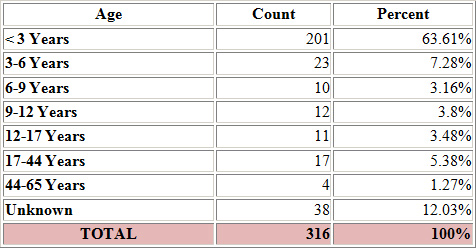 What he meant to say was that "Found 62930 events where Vaccine is MMR or MMRV" reported to the VAERS data base. 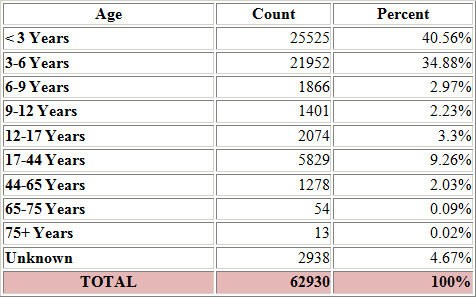 Here are the real numbers for Pfizer's Prevnar, for pneumococcus bacteria. 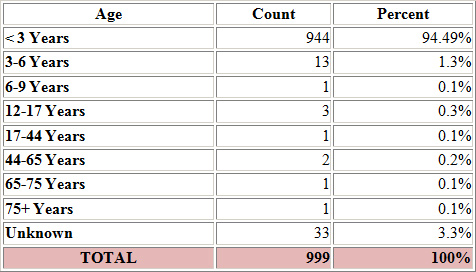 Found 30236 events where Vaccine is PNC or PNC13 reported to the VAERS data base. 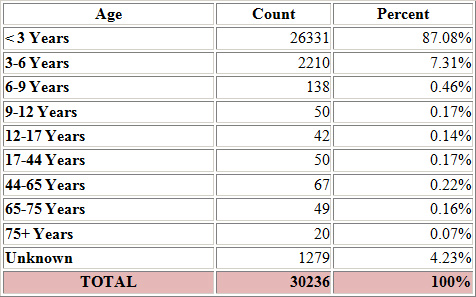 My next search is using the same time frame as when the Gardasil vaccine was approved which is June of 2006. This is to give you a more accurate picture of adverse events reported. 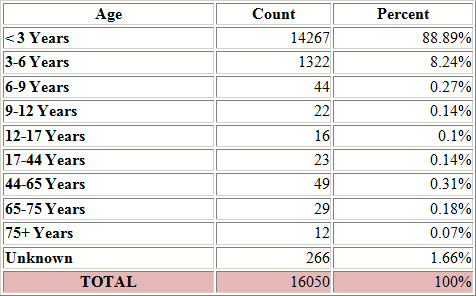 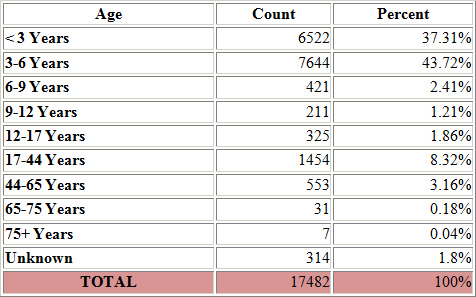 That is a real spread of years in the reporting of adverse events when making a comparison. Good going Mr. Herper. At least, I present a more balanced picture of the numbers in VAERS.

Here are the real numbers and you will be able to see the difference. The table that I have is from the time period of June, 2006 through to the present only.

*Note: There were more reports with HPV noted that were in the category of less than 6 years and greater than 27. These reports were not included. 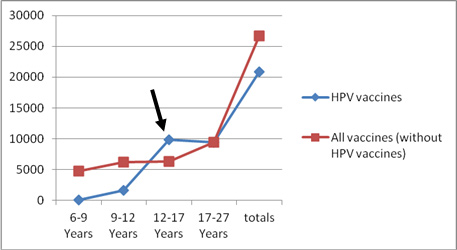 As you can see here there is a dramatic increase in adverse events reported by the HPV group compared to the All Vaccine group. This is because the target is 11–12 year olds.

It is a known fact that the VAERS reporting is between 1–10% reported to this data base. I do not know where Mr. Herper got his 20% from. "Thus far, none of these adverse events appear to occur any more frequently among HPV vaccine recipients than they do in the population at large, or in the population of females in the age group that are eligible to receive the vaccine, even if I assume that VAERS misses 80% of potentially reportable adverse events."

I am going to show you the potential if the rest of the 90% reported. The numbers will make you weep.

"Forbes commenter Rick Wobbe, a former pharmaceutical exec..." wrote this: "For the past couple of days I've been struggling to put the VAERS numbers in some kind of context so I can judge whether they are cause for concern or not." Well let me help this poor man with the data from a reliable source called the CDC (Centers for Disease Control).

What I find interesting and never pointed out is that there is a large difference between those who received at least 1 dose compared to those who finished the series and received all three. I know of many who had a reaction after the first dose. I unfortunately know many more that, because of new medical conditions after the second dose, had to stop. Now with my experiences since I started researching this topic in February of 2007 I find it safe to say that what we have here is a real possibility that the reason for the disparity in percentages is due to adverse events experienced by the recipient of the vaccine. 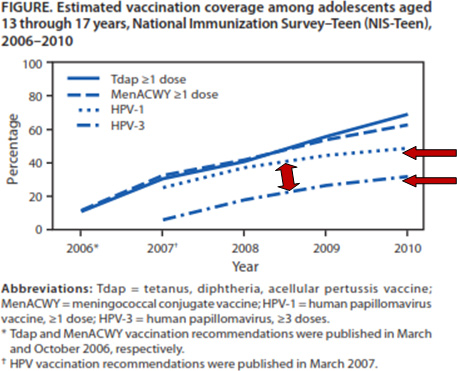 This is a huge red flag for me. What do you think? The real numbers do not lie.

Here is his insult to women everywhere. I also want you to know that all the parents that I have spoken to over the years have told me that their child never fainted after a vaccine. "The risks from the vaccine are very small and may be limited to headaches and fainting caused by the needle, not the vaccine itself." I addressed this issue in one of my articles "April 6, 2012, Anaphylaxis and HPV vaccines, what do they have in common?"(6) This will further explain why young healthy people are having problems with this.

Not only could these young people be experiencing a mild anaphylactic reaction but it could also be a condition called serum sickness. Both topics are covered in detail and I would suggest you read that article.

Sorry for the length but having the proper information to make an informed decision is my goal. Part 3 of this series will be available in a few days as time permits. Thank you.

Concerning the HPV vaccines you have to make your own decisions. I only ask is for you to do the research and decide if it is right for you and/or your children.