January 26, 2015
The indictments one could level against the BBC are too numerous to mention and their range too extensive to fathom. As new stories air on the BBC, the narratives become more twisted to acquit the Palestinians and Islamists of every wrongdoing and, instead, reproach Israelis and Jews. A brew of false narratives repeated, proven facts selectively omitted, acts by Palestinians blamed on Israelis, and the viewing public receives a tale that is forever embedded in their memory, that Israel is guilty – of aggression, apartheid, land acquisition, killing innocents, confining refugees, murder, massacres, building walls, withholding food and water, intensive checkpoints, and the ever popular "Palestinians have been victimized since time began." Palestinian Arab nationalism became a political movement after they lost the 1967 Six-Day War, and needed an identification that would resonate with the international community.. 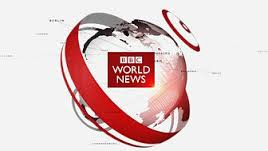 Regarding the selective omission or rearrangement of facts, just hours after Palestinians attacked Eilat, Israel, August, 2011, leaving eight dead and many wounded, the BBC announced, "Israel pounds Gaza after deadly attacks near Eilat." The Palestinians' 100-plus rockets fired into Israel were left unmentioned as were the mayhem, deaths and injuries that Israeli citizens suffered, but the retaliation – because Israel had to stop the assault to protect her citizens – was what the BBC labeled "aggressive action."

Misinformation abounds in programs hosted by unethical journalists Christiane Amanpour and Jane Corbin. The latter called Israel "the most racist state in the world," this nation that is home to innumerable races and religions. Israel saved and welcomed 14,324 Ethiopian Jews with their descendants, and Israeli Arab households flourished by 146% between 1967 and 1995. By contrast, during Islam's brief rule over Jerusalem, Caliph Omar limited the number of Jews to 70 families, and Islam continues to wage jihad attacks against five religions in 38 countries.

Corbin also called the Palestinians' illegally erected homes "the battlefield," never clarifying that the conflict was over their violated building codes and public services, and the archaeological, architectural, and historical heritage laws that must apply to all citizens. When the program is over, the charges made, it becomes too late to reeducate the infected mindset. 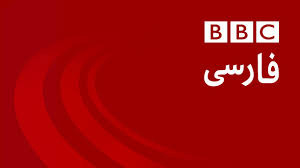 The BBC's production, "The Story of the Jews," narrated by historian Simon Schama, contained a duplicitous explanation of Jews and their homeland. Schama's statement, "Palestinian towns and villages became part of Israel," was deceptive. 1) Britain and the League of Nations created the Palestine Mandate as a Jewish National Home because of Jewish achievements before WW I. 2) Zionists continued purchasing and restoring wasteland, developing industry, power plants, urban life and social institutions. 3) About 100,000 Arab immigrants and 363,000 Jews immigrated to Israel between 1922 and 1946 alone.

Israel accepted the Mandated land and was granted statehood in 1948; the Arabs refused their (larger) partition and began an aggressive war against the new State. Arab generals encouraged Arabs to stay clear of their advancing armies, promising return after victory, thus causing their own "displacement." Arabs (~160,000) who chose to stay in Israel and accept Israeli nationality are now fully participating citizens, today numbering about 20 percent of Israel's population.

More than 10,000 Jews who became refugees from the Palestine Mandate where Arab armies prevailed and 850,000 Jews fleeing persecution from Arab lands all became Israeli citizens. The Palestinian Arabs (numbering 472,000, according to UN accounts) were not "driven out" but commanded to leave by Arab generals with a promise of return after victory. When the Arabs lost the war, the refugees were refused entry to Arab countries, and abandoned in refugee camps as pawns in a psychological battle against Israel. Schama's narrative provides an imbalanced view of facts, ultimately painting Israel with the Arab palette.


"The [refugee] problem was a direct consequence of the war that the Palestinians – and . . . surrounding Arab states – had launched." – Israeli historian Benny Morris

Most recently, Islamic apologists, Tim Willcox and Jeremy Vine, on separate occasions, attempted to minimize the jihadist attack on Jewish citizens in a Paris supermarket. Vine interviewed the Muslim Public Affairs Committee, the "UK's leading Muslim civil liberties group, which admits to empowering Muslims to focus on non-violent Jihad and political activism." The group rejects responsibility for attacks against the Jews, but blames the government's foreign policy for Islamic terrorism. The members self-identify as stealth jihadists – meaning Muslim jihadists who wage a non-violent war against the West.

English historian David Cesarani, is Jewish and specializes in Jewish history. Rather than denounce the Islamic scourge that threatens the lives of Jews and all English citizens, he accuses British Jews of disloyalty for leaving England in fear – an unlikely comment from a student of the Holocaust who knows the fate of Jewish victims who did not leave Europe soon enough. 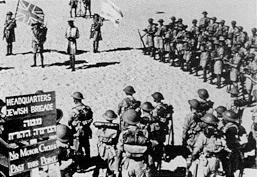 Although the Jews fought on the side of England during WW II, and the Arabs on the side of Germany, the BBC continues to assail its friends, Israel and Jews, at every turn, and self-censors its reports about its foes, Islamic jihadists. The future is clear: if the media continue to betray themselves and the country by painting the Jews as evil and the Islamists as victims, the West will fall to terrorism, and be overwhelmed by all the brutal rapes, riots, car burnings, broken windows, stabbings and beheadings, such as are occurring throughout the world. Unless honesty prevails in the media, we will descend into the abyss of violence such as Africans are suffering now under the sword of Islam.

We killed six million Jews and replaced them with 20 million Muslims. In Auschwitz we burned a culture, thought, creativity, talent. We destroyed the chosen people, truly chosen, because they produced great and wonderful people who changed the world. The contribution of this people is felt in all areas of life: science, art, international trade, and above all, as the conscience of the world . . . And under the pretence of tolerance, and because we wanted to prove to ourselves that we were cured of the disease of racism, we opened our gates to 20 million Muslims, who brought us stupidity and ignorance, religious extremism and lack of tolerance, crime and poverty, due to an unwillingness to work and support their families with pride. They have blown up our trains and turned our beautiful Spanish cities into the third world, drowning in filth and crime. Shut up in the apartments they receive free from the government, they plan the murder and destruction of their naive hosts.

Danny Cohen, described as "the boy wonder of British television," now has what might be his only chance to effect a change at the BBC. Once Head of Documentaries, Head of Factual Entertainment, Controller, and other formidable titles, he became Director of BBC Television in May 2013. In a recent interview, he admitted to feeling the sting of anti-Semitism more this past year than ever before. Has he been so busy that he's been dozing through the programs?

In its mission statement, the BBC pledges to promote its public purposes, provide programs and services that inform and educate, and be impartial and honest, in keeping with The Royal Charter and Agreement. The BBC is endangering the lives of the people. Perhaps Cohen and others might yet attempt to reverse its current policy of destruction, not just to Jews, but to all the citizens, and regain its original purpose.

There is something seriously wrong when England, her people befogged by media information, lionizes her enemy and boycotts her ally. Israel will survive, but not a country that has forsaken honesty.