Frank Maguire
The ever changing lexicon of social-democracy

"Human beings, as a species, have no more value than slugs." John Davis, editor of Earth First Journal

"In Laws, Legislation, and Liberty, (Friedrich Auguste von) Hayek lamented how western democracies were increasingly circumventing the spirit of liberal constitutionalism by passing coercive legislation, typically under the guise of achieving social justice, but in reality serving well-organized coalitions of special interests." From the Introduction by editor Bruce Caldwell in the University of Chicago edition of F. A. Hayek's Road to Serfdom.

"How great, therefore, the wickedness of (fallen) human nature is. How many girls there are who...kill and expel tender fetuses, although procreation is the work of God. Indeed, some spouses who marry and live together have various ends in mind, but rarely children." Martin Luther

"Human personhood is not based on the ethereal concept of 'wantedness.' The fact that a human being exists from his biological beginning is not rooted in the philosophical opinions of such notables as...Friedrich Engels and Christian de Duve. Human personhood is determined by scientific fact coupled with right reason." Judie Brown, RenewAmerica.com July 9, 2010 "How Prepared are You to Kill for What You Believe?"

It is the most profound irony that the acceptance of the vocabulary of abortion finds a "morality by democracy" because it was "democratically" established by a confederation of factions of Progressivist population-control syndicalists. Social-Democracy, that is so-called majority morality, provides the ethical imprimatur "Of the People." 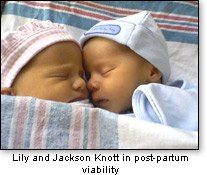 For example, take the word "viable." What does it really mean? Is there such a condition within the impregnated woman of pre-viable? Is a baby that has survived the so-called "pre-viable" infanticide, and reaches post-partum, then "post-viable?" Infanticide (partial-parturition abortion) isn't, then, homicide, it is merely an act of de-viabilization. How very Ministry of Health scientific!

Contrast the clear meaning of Matthew 1:20 to the linguistic gymnastics of the Social Democrat: That "child" which is conceived. At conception, a child! Nothing less than a child! A child viable in the condition of human life experienced by every human being  not pre-life, but pre-partum life! A life being borne! A human life that changes environments at parturition! Not at "birth," for the child was "born" at conception. Historically, an Ethiopian woman with child was said to contain "two souls."

The contrived argument that an incipient (in his/her earliest beginning) human being is "not viable" is a gross deception. Call him/her/them "foetus" (which has always meant "a child in the womb") or whatever you wish, that which is is viable within its temporal environment. The utilitarian rationale that the conceived child is not fully-human because it is not yet "viable" (etymology from the Latin vita  "life") is deliberate prevarication.

The language of the abortionists has literally bled-over into every lexical resource? "Having the ability to survive outside the uterus (of a fetus)" was never a definition of viable (viability: capable of living) until the abortionists imposed it. Consider the definition from my Merriam-Webster's Collegiate Electronic Dictionary/Thesaurus. This is how efficient the democratic language-changers are. "Viable: Capable of living. Simple, eh?

But! Then there is added "especially" (that is a "special" added secular connotation) "having attained such form and development as to be normally capable of surviving outside the mother's womb < a viable fetus >." Consider "normal!" 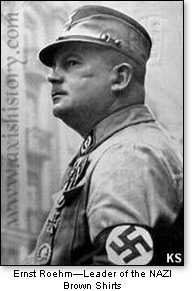 Dear G-d, what room for mischief. Let me show you again: "In Laws, Legislation, and Liberty, (Friedrich Auguste von) Hayek lamented how western democracies were increasingly circumventing the spirit of liberal constitutionalism by passing coercive legislation, typically under the guise of achieving social justice, but in reality serving well-organized coalitions of special interests."

I won't go on much longer. The point is pretty clear. Let me just stay with "fetus" for a moment. The universally accepted definition of "fetus" before all of the population-controllers hocus-pocus incantations was "The young of a human or animal while in the womb or egg." But, consider what the "special" social-democratic mandates have produced. That is, the young of a human in the womb can be killed for the reason of personal convenience, with the auxiliary justification that "Man is merely an evolved organism that is overpopulating" enlightenment allows it. What would hit the fan if you deliberately, or even accidentally, killed the young of a spotted owl? Or some other "protected" species? 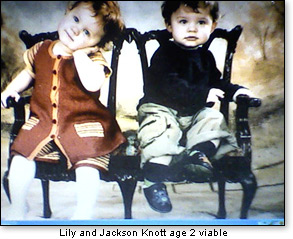 Just to indicate what evil abounds in this world  that we have seen created since G-d was sent on (to use a Britishism) "gardening leave," consider the glorious wish made by Prince Phillip in a speech to the World Wildlife Fund. "If I were reincarnated, I would wish to return to earth as a killer virus to lower human population levels." Rue Brittania!

I read, recently, a marvelous work by author Michael Burleigh, entitled Sacred Causes. It is a scholarly work, and a challenge, but what he tells us is of vital importance.

As a proem, Burleigh offers some quotes from persons with antipodal world-views. He contrasts the profound reality of Thomas Stearns Eliot with the solipsistic, god-man fantasy of John Lennon. I won't copy Lennon's drug-induced "Imagine," for it is ridiculous to the max. But T. S. Eliot, I will cite.

O weariness of men who turn from GOD
To the grandeur of your mind and the glory of your action,
To arts and inventions and daring enterprises,
To schemes of human greatness thoroughly discredited...
Plotting of happiness and flinging empty bottles,
Turning from your vacancy to fevered enthusiasm
For nation or race or what you call humanity...

T.S. Eliot, Choruses from 'The Rock'

Resources: Road to Serfdom, F. A. Hayek, Chicago University Press; Hope of the Wicked, by Ted Flynn, MaxKol publications; "Children of the Reformation," by Allan Carson, Touchstone  A Journal of Mere Christianity; The Myth of Democracy, by Tage Lindbom, Wm. B. Eerdmans Publishing Co.