The French philosopher/historian Montesquieu warned about democratic republics in his Consideration of the Romans; "(T)here is nothing so powerful as a Republic in which the Laws are observed not out of fear, not because of reason, but by the way of passion, as was the case of Rome and Lacedaemon – since there to the wisdom of good Government was joined all that faction can possess." http://www.renewamerica.com/columns/maguire/101023

Gina Miller's (7-31-19) "Pedophile support group seeks 'truth and dignity' for deviants" and Amy Contrada's (7/29/13) "Massachusetts 'weeding out' foster and adoptive parents who won't support children's LGBT identities." Both articles placed me back in the Commonwealth of Massachusetts where I was born and schooled. Back in the lovely land we called the Bay State, now the land of lust best identified as the Gay State.

I want to addend Miller and Contrada with some empirical evidence. In the years cited by Miller in re the American Psychiatric Association (1973 and ffd) I lived in Massachusetts. I performed on Cape Cod as a musician, and I worked at a hospital in Boston for addicts. I was, essentially, a fund raiser/writer, but was afforded the fancy title of "Director of Development."

My mentor at the hospital was a psychiatrist, a specialist in addictions and professor at Harvard Medical College. He taught me much.

I clearly remember some advice he gave me when he learned that I had an appointment to interview Barney Frank. Bottom line is that he told me to "be careful in the presence of congressman Frank." I trusted my mentor. He didn't go into detail, but I respected his succinct counsel. 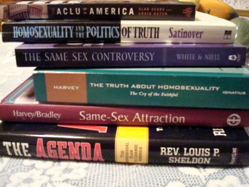 My music jobs were in Upper-Cape Cod , the original home of the North American Man-Boy Love Association NAMBLA was officially founded in 1978.

In 1973 a scandal arose when the son of friends of mine was raped by a NAMBLA member. The incident was hushed-up, and kept from the public. It was in 1973 when a minority of the American Psychiatric Association (APA) declassified, in its Diagnostic and Statistical Manual of Mental Disorders, homosexuality from its list of mental disorders.

The minority presumptiousness was opposed by a majority of psychiatrists whose dissent was ignored. To quote Sherlock Holmes, "The game was afoot."

The "Gayme" was well-afoot: NAMBLA was functioning as consultants on homosexuality and pedophilia for the United Nations. When the public was made aware of this, the erstwhile Gay and Lesbian allies of NAMBLA divorced themselves from NAMBLA. 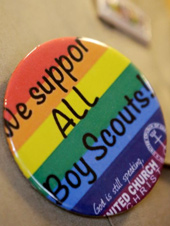 The Board of Directors of the National Gay and Lesbian Task Force (NGLTTF) adopted a resolution: "NGLTF condemns all abuse of minors, both sexual and any other kind, perpetrated by adults. Accordingly, NGLTF condemns the organization goals of NAMBLA and any other such organization." It was in 1993 that the ILGA had achieved United Nations consultative status.

NAMBLA, however, paid no heed to its quondam allies. In 1978 NAMBLA , officially founded in 1978, now has headquarters in New York and San Francisco. They were assisted in their successful aggrandizement by the American Civil Liberties Union (ACLU) and religious organizations.

Enters the APA, again! Minor wrote that "in 1998 the American Psychiatric Association issued a report that the 'negative potential' of adult sex with children was 'overstated,' and that 'the vast majority of both men and women reported no negative sexual effects from childhood sexual abuse experiences.'"

The March 6, 2008 APA's (American Psychological Association) New Pamphlet on Homosexuality contains some interesting information and their recent position re. the "Biological Argument" is curious, considering the politics of homosexuality.

A. Dean Byrd, Ph. D., MBA, MPH, has written on the APA's 1998 brochure and the contrasting 2008 revision (see footnotes). Byrd writes in re the 1998 brochure, "This particular document was ostensibly published to provide definitive answers about homosexuality. However, few of the assertions made in the brochure could find any basis in psychological science. Clearly a document anchored more in activism than in empiricism, the brochure was simply a demonstration of how far APA had strayed from science, and how much it had capitulated to activism."

On the 2008 brochure, Byrd writes, "Though both brochures have strong activist overtones (both were created with editorial assistance from the APA Committee on Lesbian, Gay and Bisexual Concerns), the newer document is more reflective of science and more consistent with the ethicality of psychological care."

Under the sub-head "Some Say Truth Doesn't Matter," Byrd makes it quite plain that at least some in the APA are obviously still very much in league with the political strategy of "Gay" activists. He cites a statement made by a prominent member of the APA, published by the Harvard University Press, "...it may be that for now, the safest way to advocate for lesbian/gay/bisexual rights is to keep propagating a deterministic model: sexual minorities are born that way and can never be otherwise. If this is an easier route to acceptance (which in fact may be the case), is it really so bad that it is inaccurate?" [3]

In Feb. 2005, Onell R. Soto, a San Diego Union-Tribute writer had written: "Law enforcement officials and mental health professionals say that NAMBLA's membership numbers are small, the group has a dangerous ripple effect through the Internet by sanctioning the behavior of those who would abuse children."

APA was, definitely, running into some vocal opposition to their homosexual, lesbian, and pedophile support which could be why they felt in their equivocal and ambivalent 2008 brochure the need to build a hedge that would serve them as a redoubt.

Evidence of this ripple-tsunami is made clear by Amy Contrada in her article and "awakenmanhattan.com."

So, Americans, we are being swamped by myriad alliances. Sand-bagging will not stop the flood. Only a full understanding of the putrescent decay of Evil can we stem the tide.

"Some men wish Evil and accomplish it, But most men when they work in that machine

that is the routine mind."

The Dull Saw and Routine Mind

There is truly, wise Solomon, no new Evil under the sun.

There is, was, and always will be solely One.

Evil isn't facts compiled or is it acts by you and me.

The boring straight and narrow road He makes a scenic, twisted way,

With signs designed to direct us, guiding us astray.

The War of the Words by Frank Maguire 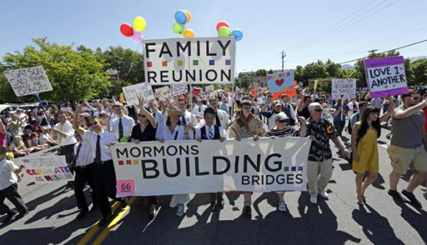 Satan, told to play his part, contrived a simple plan.

"I know I can't deceive the Master, only distract Man.

"I'll whisper to the arrogant, and but two words besmirch,

The Savior came, and died, and sent His Spirit back.

So Man could find salvation's way amidst the Alien track. But Satan left directives at every restful grove, 'This way,' say Satan's signposts. "This way to 'church' and 'love.'"