Frank Maguire
The Islamization of Europe: the moral vacuum of abortion and the population vacuum

"Morality and its victim, the mother — what a terrible picture! Is there indeed anything more terrible, more criminal, than our glorified sacred function of motherhood?" Emma Goldman http://www.brainyquote.com/quotes/authors/e/emma_goldman.html 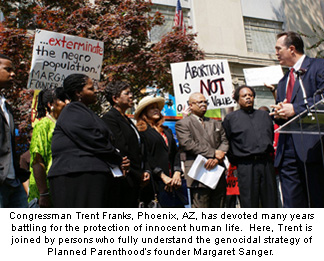 Europe is headed for a big conflict over its own identity. In the last few decades, as birthrates across the continent have plummeted, Europeans began to rely more and more on immigrants to supply manpower for various industries. Most of these immigrants have come, are coming, and will continue to come from Islamic countries.

Since World War II, most Europeans have moved away from any concept of national pride, since this was seen to be the great cause of strife in the world. David Pryce-Jones, senior editor of National Review and author of The Closed Circle, recently said in an interview that the European Union "is built on this idea that wickedness comes, not from the human animal, not from Hitler or from utopian ideas that have been perverted, but from nationalism." But this move away from national and religious identity into the realm of radical pluralism across the European landscape has become the open door for Islam, as Pryce-Jones explains:

Into this land with no identity comes a whole bunch of people who know exactly who they are, what they want, and how to get it. They are a community of believers, and boy do they believe. And they've come here to show us what belief really looks like. And what do we oppose them with? Social Security and welfare and benefits, and please love us, we're really very decent people.

Current estimates, which are not easy to calculate because many immigrants remain unregistered, place the total number of Muslims currently living and working in Europe somewhere between 15 and 20 million. France alone is home to 5 million Muslims, and there are an estimated 3 million in Germany. As TownHall.com columnist Jonah Goldberg puts it, these Muslims who are coming from all over the world, "aren't buying the European model of peaceful assimilation, tolerance and another round of kumbaya."

"Writing in the first edition of the current affairs magazine, Standpoint, Dr Nazir-Ali (photo below) said the decline of Christianity produced a lack of "transcendental principles" which has left the door open for the "comprehensive" claims of radical Islam.

The bishop, who was born in Pakistan of Christian parents, said Christianity had knitted together a "rabble of mutually hostile tribes" to create British identity.

But Dr Nazir-Ali said the loss of what he called the Christian consensus had led to the breakdown of the family, abuse of drugs and alcohol, and a loss of respect for other people. He said the marginalisation of Christianity had happened just as large numbers of people of other faiths arrived in Britain." Britain left with 'moral vacuum' by Robert Pigott Religious affairs correspondent, BBC News 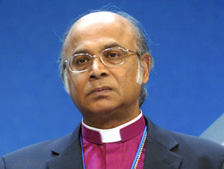 Islam is now the fastest growing religion in England, which is home to more than 2 million Muslims, 1,500 mosques, and 100 Islamic schools. According to The London Times, on the third anniversary of Sept. 11th, the Archbishop of Canterbury Rowan Williams spoke from the pulpit of an Egyptian mosque saying that Christianity shared with Islam the common inheritance as "children of Abraham."

Plans are in the works to have Islam taught in English schools, which is also the case in Denmark where, according to the The Copenhagen Post, legislation recently passed making it compulsory for Danish high school students to read sections from the Koran, though there is no such regulation pertaining to the Bible.

In Holland, according to the Calgary Sun, the most common name for boys is currently "Mohammed," and there are some reports that this is the case in Belgium as well. The paper also asserted that in Holland, "there are more observant Muslims than either observant Catholics or Protestants (but not yet all Christians combined)," and there are reportedly 30,000 Dutch converts to Islam.

On March 11, 2004, 192 people were killed in a train bombing in Madrid, Spain, by members of Al Qaeda, and one of the demands of the terrorists was the removal of an historic statue of Santiago Matamorros at the cathedral in Compostella, because it was seen as offensive to Muslims. Spaniard officials caved in to the terrorists's demands and removed the statue.

Italy is now home to between 700,000 and one million Muslims. As a result, Islam is the second most dominant religion in that country. The city of Bologna in recent years, according to a London Times article, experienced a controversy over a 600 year old fresco inside the town's cathedral. Painted by Giovanni da Modena in the fifteenth century, this fresco depicts Dante's Inferno, and part of this image includes a representation of the prophet Mohammed being tortured in the ninth circle of hell. Islamic extremists have been so offended by this that they have demanded that the fresco be either painted over or destroyed, or else they will blow up the cathedral.

Writing for the London Daily Telegraph, Charles Moore asks an interesting question: "Christians want the whole world to be Christian, so what is the difference?" The difference, he argues, is that Muslims are attempting not merely to convert the world by changing minds, but they are also prepared to take what they want by force, since religion and politics in their worldview are one and the same. "Mohammed did not only preach in Mecca," Moore observes, "he also ruled in Medina, and he conquered.

The Sharia is a code of law to be imposed, in all societies, by the public authorities." Historian Paul Johnson noted similarly in a National Review article that it is untrue that "Islam" means "peace." In fact, "Islam means 'submission,' a very different matter, and one of the functions of Islam, in its more militant aspect, is to obtain that submission from all, if necessary by force."

Johnson went on to suggest that if the flow of Islamic immigrants into Europe continues at its current pace, then it is conceivable that Catholic countries such as France, Italy, and Spain will be predominantly Muslim within a generation.