And those morally superior to whom nether knees should bend"

A couple of weeks ago I sent an e-mail to a select group of friends whom I thought would be interested in Barack Obama's outrageously presumptuous action of interposing, with no authority and no feeling that he needed anyone's permission, self-promoting additions to the official biographies of former presidents.

Obama's purpose was to associate his achievements thus far with the very best accomplishments of former presidents. This struck me as something only a personality-disordered narcissist would do. 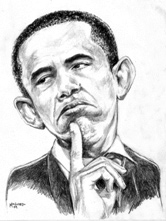 I received a number of responses, some were in agreement, some claimed that pathology was not a necessary requisite for Obama's behavior, and one response was terse and hostile. Basically, it was that I had exceeded my typical extremism, that I was "over the top," and that my speculation was "nonsense." None of the responses were ignored. I was grateful that my friends had read what I wrote and had taken the time and made the effort to respond.

My disagreeing friend is worthy of much respect. He has a well cultivated aesthetic sense, and a refined sense of humor. He also has a PhD, and spent his life in university administration. Knowing from experience my audience, I set-out to answer his criticism at his level of urbanity. While my rejoinder is aggressive — somewhat an ironic riposte — I intend no facetiousness or hostility.

"Individuals with narcissistic personality disorder generally believe that the world revolves around them. This condition is characterized by a lack of ability to empathize with others and a desire to keep the focus on themselves all the time.

"Narcissistic Personality Disorder involves arrogant behavior...and a need for admiration — all of which must be consistently evident at work and in relationships. People who are narcissistic are frequently described as cocky, self-centered, manipulative, and demanding. Narcissists may concentrate on unlikely personal outcomes (e.g., fame) and may be convinced that they deserve special treatment.

I leave it to you readers to decide whether my observation about Barack Obama is over-the-top nonsense. Or only, chortle, chortle, borderline nonsense?

I was very fortunate to have pursued a career that kept me from existing in a crampedly confining, boxed-in environment that compels my surrendering myself — i.e., who I am — to the expected requirements of a consensual claque-clique, generally censorious of contradiction, deniers of reality — of things real and actual that challenge one's comfortable, cognitive content.

I live in real reality. Transparently! Without the slightest anxiety of being run out of the herd! And, since I am a perpetual student, never let it be said that I am deaf to persuasion, though persuasion only will occur after honest investigation. No ecstatic conversions! No self-promoting interests!

I've long aged (matured?) beyond the need of sticking to a peer-pleasing, and rigidly partisan conduct — "the active or reactive behavior of small particles" — for the purpose of being accepted into that campish caste and class deemed "The List."

An intelligent fellow once recognized that I have been blessed with a creative imagination. I humbly concurred. But, I don't "imagine" reality. I acknowledge it. 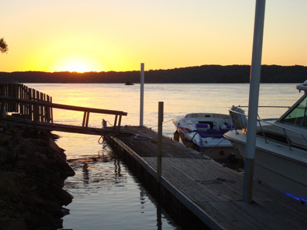 Samuel Clemens, best known as "Mark Twain" was a realist. When he became a master riverboat pilot on the Mississippi River, in 1858, the depth of the river was "sounded" to prevent running aground; "mark twain," Clemens' nom de plume, is a river term which means two fathoms or 12-feet, when the depth of the water is safe to navigate. Soundings had to be very accurate. Truly accurate, not fictitiously accurate! It is consistent, then, that it was the riverboat pilot- fiction writer, Mark Twain, who gave us the oft repeated axiom "Truth is stranger than fiction, but it is because fiction is obliged to stick to possibilities; truth isn't." (I presume to add to Twain's aphorism; "Fiction is not a stranger to truth. There are possibilities and probable possibilities.")

So, dear friend, when you write to me "Frank, even for you this is over the top. Nonsense!" All I can do is imagine how you could possibly assert this, because, seemingly insensible to the implications of that which I wrote, you provide no defense as to why you believe it is "nonsense." You did not attempt to address anything about which I had suggested concerning Barack Obama's mental/emotional health as being not just a possible problem, but a probably possible problem. Worthy of reasonable consideration!

So my friend, what I have chosen to do is to apprise you as to why it might be, perhaps, that I have come to be considered, by you, "nonsensical." Perhaps it is a consequence of academic circumfusion and collective-consciousness?

Pertaining to being "over the top," you can see from Fencing, that I am, thankfully, "over the top." Emancipated! Manumitted! Un-covetous of "mansions" in "society's upper end."

A few years back while visiting England, I wrote "Where there is tea, there is hope." I had been talking with a fellow in Matfield on the Green, Kent, and commented that in my humble, colonialist opinion it was the custom of tea-time that by taking the citizens' focus off the NAZI blitzkrieg, thus allowing their worried minds a short, diversionary respite — an anticipated, customary r&r for the beleaguered British brain — it provided the fortitude for Brits to "never, never, never surrender."

As I watch America's political sturm und drang, and see millions of citizens resisting the Kremlin on the Potomac with its proliferating Czars and Czarinas, Tea once again is a symbol of strength. Of course, the irony is that the original American Tea Party was a symbolic protest against Britannia.

My poem, "Fencing" I wrote intending to indicate how the supercilious, high and mighty political/administrative nomenklatura behave condescendingly toward us poor simpletons who read Lincoln's words about "a nation of the people, for the people, and by the people" and, apparently mistaken, thought that that which he spoke is that by which we as a nation were formed, and is the Constitutional principle by which we are entitled to live.

But, alas, Americans, seduced by the ambivalent term "democratic," a term employed by numerous despotic regimes in the manner of "The Peoples Democratic Republic of (fill in the blank)," have forsaken the Constitutional Republic and been piped, pie-eyed, along the road toward democracy — toward the product of envy and resentment built upon the concept of factions, political power, that might makes right; and, that to bring about a most righteous future, any and all means are permissible: So evangelized Sol Alinsky in his "Rules for Radicals" and "Reveille for Radicals."

"Fencing" employs the meter and modus vivendi of Gilbert and Sullivan's great parody from "The Mikado." 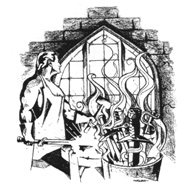 Zounds, I love to thrust and parry, with rhetorical touché,
A foilsman, aiming, point by point, to bring my mark aweigh,
To hoist peremptory prodigies upon their own pétard,
So full of overheated air, my task is less than hard,
And because I seek to puncture them, they want me feathered-tarred,
So they've put me on the list, high up upon the list,
Quite sure I'll not be missed; quite sure I'll not be missed.

Around Saint Mary Beth'lem is a wall that is immense,
Which makes a lot of sense, a very lot of sense.
Assuaging the anxieties and calming down the tense,
So serves the Bedlam fence, the breachless, Bedlam fence.

There are prophylactic fences built to keep offenders out,
That pox of vagrants, bums, and lesser types who hang about;
The drifting gallivants whose very breathing does offend
Every magisterial mincer at society's upper end,
And those morally superior to whom nether knees should bend,
They never, never list...they're not inclined to list,
And they're sure they would be missed, quite sure they would be missed.

With duel intent, I thus contend, and caution them "en garde!"
Which is why I'm on the list, in BOLD upon the list.
I mind not I'm excluded...included 'mongst the barred,
And, sniffingly, dismissed; my very name is hissed.

Secure, they hide behind their high-and-mighty barricade:
Caged-in cataleptics, in parietal promenade.
Fencing out subordinates, and fencing 'mongst their own;
Fencing goods and fencing bads, collectively alone;
Nourishing ambition, biting on contention's bone,
Content there in the mist, they never shall be missed,
Fenced thus, they...shan't...be...missed.