April 17, 2013
"Let me begin by reminding you of the fact that the possession of true thoughts means everywhere the possession of invaluable instruments of action; and that our duty to gain truth, so far from being a blank command from out of the blue, or a 'stunt' self-imposed by our intellect, can account for itself by excellent practical reasons." Pragmatism, by William James – Hillsdale College Press

"A steadfast concert for peace can never be maintained except by a partnership of democratic nations.... Does not everyone in America feel that assurance has been added to our hope for the future peace of the world by the wonderful and heartening things that have been going on within the last few weeks in Russia?" Wilsonian Internationalism: Woodrow Wilson, the prophet of progress, addressing a joint session of congress on April 2, 1917 (ibid)

I started my April 16th at the local Love's Truck Stop in Eloy, AZ, three miles from my home in Arizona City, at the junction of Interstates 10 and 8. I often stop there in the early a.m. for coffee and to chat with some of the truckers, always interesting, and the Border Patrol Agents who are setting out to protect our borders from insurgents who enter the U.S. to do us harm. Equivalent to the harm we experienced, from a distance, in Boston.

I spoke with one Agent who has served loyally in the Air Force and is now serving to protect America along its borders. His daily duty is in one of the most dangerous sectors, between Nogales and Ajo, AZ. What is called "the pipeline."

He believes that in order to really get the job done we have to employ the military. I reminded him that we had done this when a variety of National Guardsmen from many States were assigned to help build a protective barrier down near Sasabe, AZ.

The Agent immediately answered, "Yeh, and they were ordered to not do anything at all to the border crossers, even when they were armed, unless the illegals fired first."

The Agent is exactly correct. When this was going on, I had gone to Sasabe to interview the Guardsmen. I asked a group of them if they are always armed. They said they are. I then asked them what they do when armed insurgents are discovered. Their collective answer was "Unless they shoot at us or act aggressively, we can't do anything." I, facetiously, said "So you just sort of say 'Good morning,' and get out of their way?" "That's what it seems like," said one of them, with a reconciled shrug of his shoulders. Before the local BP Agent headed southward he said, "The average person doesn't know and the media doesn't tell them that some of these border crossers come here for one specific reason – to kill us." 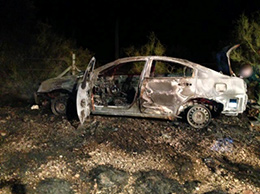 He also apprised me of an atypical incident that occurred 15 April 2013 where Border Patrol Agents rescued three persons who had been transported into Arizona by "coyotes," the term used for human-cargo smugglers.

The incident started on AZ Rt. 15, the Indian Highway that runs from Sells, AZ through the Tohono O'odham Nation land north across Interstate Route 8 west of Casa Grande and south of Maricopa.

America has the best military technology in the world and the best trained military personnel instructed to operate this technology.

But, there's an old saying, "Your greatest strength can also be your greatest weakness." The enemy doesn't play to our strengths, it determines where our weaknesses lie, and that is where they hit us.

Republican-democracy is a flawed system, as are all systems of governance, with unique strengths and unique weaknesses. Personal "liberty" is our greatest strength, which when abused degrades into amoral, irresponsible libertinism. "I own my body, and I can do whatever the hell I want to do with it." Yep, that which G. K. Chesterton called the "First lie out of Hell!"

Such is our greatest weakness, a product of our politics-of-tolerance-and-political-correctness. Anyone who can't see how this is effectively exploited by those who hate us is living in a dark cave of denial. 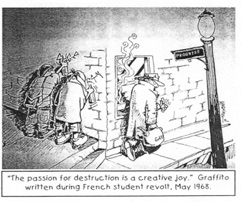 Determined terrorism ("jihadism," since all terrorism is "holy" to the terrorists) will defeat our reluctant will to use technology as required to assure the defeat of the enemy. Why? Because it destroys the impatient, fearful people's will to fight to maintain America; it attacks morale. The ultimate strategy of terrorists is to abrade their enemy's morale.

When we are reticent, what happens? Strident factions, some made up of the active enemy, and some comprised of those who strangely believe that we can make deals with those who really do hate us and want to destroy us agitate for progress toward "peace and endless unity." Some of the well intentioned and gullible display bumper stickers like "War is not the answer." The reasonable answer to their "answer" is "What is the question?" War is not the answer to what? Survival against an enemy who really, truly, demonstratively says to us with killing IED's, etc.,"We hate you and we will kill you."

Years ago I worked as a writer for a professor of psychiatry at Harvard University. He repeated, often, "Frank, don't pay too much attention to what someone says, watch what they do."

With all of our military strength, our politicians tell our greatest asset, the courage and personal initiative of the average America...citizen and soldier, "This isn't about winning. If nations who don't like us think we are out to win, they'll try to influence the UN and international opinion, against us. Our desire in the New World of Perestroika and Glasnost is to be liked and respected, and to promote good-will."

So, what do our politicians try to mandate? The emasculation of our military extends to the vulnerability of the non-military population; "It's not the aggressive behavior of a few ineffectively socialized that is a threat, it is...GUNS." Thus, the purpose of the pressuring propaganda is to un-Constitutionally amend, by fiat, the Second Amendment – to disarm the targeted victims so as to make the world safer for a perfectly tolerant and just social-democracy. Such they call "wonderful and heartening progressive change." Dump the historically outdated Constitution and fabricate a new one: The Constitution of the Administrative State of Internationalism.

Right! We heard that before. WW I, President Woodrow Wilson told us, was designed to make the World Safe For Democracy. "The war to end all wars!"

Tell it to the terrorists who "speak" to us with their IEDs. Requiescat in Pacem! RIP!

These Boston Marathon bombs were detonated about a mile from where I worked while in high school, and a couple of miles from a college I attended. It is a very beautiful and historic part of the city.