April 7, 2010
TV star Victoria Jackson, formerly of "Saturday Night Live," flew in from CA to participate in our Nashville rally. Victoria performed at a few of our west coast rallies. The audiences love Victoria's outspoken honesty, humor and funny songs. 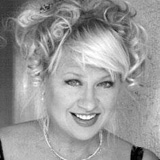 Written in response to Obamacare, they particularly enjoyed her latest hilarious song, "I Hope I Don't Get Sick," which Victoria wrote while we were traveling on the Tea Party Express bus.

Through chatting with Victoria on the bus, I learned she is a Christian woman of great character who stands on principles. It is not easy to be a conservative in Hollywood. Acting jobs are not easy to come by. Victoria was asked to audition for a movie role which went against her values. Victoria said, "no." Awesome! 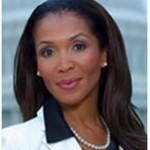 THE MOOD OF THE RALLIES: We are ten days into our national Tea Party Express tour, two and three rallies per day with thousands of patriots in attendance. There is a vibe of extreme fear for America. At every rally, folks have hugged and thanked me with tears in their eyes for what our TPX team is doing to save our country.

Traveling to our rally in Springfield, IL, a crazy woman driving a green Ford Navigator pulled in front of us two times and hit her brakes forcing our bus driver to hit his brakes. A team member on our bus could have been seriously injured had we not caught her. The state police was notified about the incident.

Opposition to us on the Tea Party Express tour has been minimal. Truckers give us supportive honks, families in cars give us waves and cheers. Out of the thousands of positive encounters, we have only been flipped the negative bird eight times.

Looking out the window of our bus on the road to Davenport, Iowa, we saw a memorable image. From a farm, a woman was standing on a tractor waving a huge American flag. A second woman and a man wearing a straw hat and bib jeans were waving smaller flags and jumping up and down trying to get our attention.

Captured by their passion and enthusiasm, our bus pulled to the side of the highway. Several of our team filed out, waved back to the excited patriots and got back on the bus. The fear and extreme gratitude of the patriots at the rallies has been surprising.

I have got to go to bed; three rallies tomorrow in three different states.