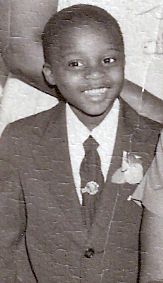 I am a black tea party patriot faced with a serious problem concerning my 83 year old father. Dad is an extraordinary man whose life epitomizes the greatness of America.

In the 50s, married with a wife, three kids and employed as a laborer, dad was among the first blacks to break the color barrier into the Baltimore Fire Dept. The white firefighters treated dad like scum and boldly displayed their displeasure with having a "n" in their firehouse.

Dad was the young associate pastor of a storefront church. He treated his 'haters' with love and strove to be the best Christian and firefighter he could be. Dad won "Firefighter of the Year" two times and eventually the respect and admiration of his white fellow firefighters. A white firefighter who once threatened to punch dad in his "black nose" risked his life by going back into a burn building and saved dad's life. The two firefighters became lifelong friends.

While married with a wife and five kids, working as a firefighter and an associate pastor, dad attended college part-time until he graduated. Dad later earned his doctorate degree, which led to him pastoring large churches and authoring a book. Dad also became Chaplain of the Baltimore Fire Dept. Dad's from "laborer with a wife and children to a doctorate degree" success story is the result of his character, faith in Christ and hard work. Dad earned every achievement; no liberal democrat demanded government lowered standards or entitlement programs.

Now, here is my problem I mentioned. Dad loves Barack Obama, a man whose philosophy goes against everything I thought my dad stood for. Despite my attempts to convince dad otherwise, based on my personal experiences attending over 200 tea parties across America traveling on Tea Party Express, dad persists in believing the rallies are racist. Dad believes all criticism of Obama and his agenda is racist. It appears no amount of truth will penetrate the wall of affection dad has for the historic figure he never imagined would exist in his lifetime.

Out of respect, I have not confronted dad, my hero, regarding his irrational support for a president whose agenda so radically goes against his Christian faith; gay marriage, abortion, the murderous partial birth abortion and etc. I also thought, "Dad still bares emotional scars from the horrible racism he experienced in his youth. So perhaps I should be a good son, give the old man a pass and let him enjoy his black president."

But witnessing the growing tyranny of the Obama regime and his American death march to socialism, I have come to realize it is my patriotic duty to confront my father with the facts about Obama. The stakes are far too high to simply let the old black man enjoy worshiping his first black president. No! America is at risk.

Though in his 80s, dad's is still sharp and pastors four churches. He is bright, articulate and most importantly come November, a voter with influence. Whether dad chooses to accept them on not, I must inform him of the facts about Obama's agenda. Then, when dad goes behind the curtain of the voting booth, he will have to chose between pulling the lever for Godly principles or skin color.

Most of dad's idolatry for president Obama is centered around his skin color. Racism and idolatry are wrong, even when committed by my beloved dad.

I have faith that still surviving deep within dad's "Obama Zombie" brain is the wise, wonderful, righteous and Christian man I have known all of my life.

Disapproving relatives have expressed fear for my safety warning, "Lloyd is foolishly putting his head on the chopping block!"

Think about that folks. My black relatives fear I may suffer physical harm from fellow blacks for daring to disagree with our black president. Meanwhile, whites are afraid to speak out against our black president for fear of being called racist. Dear Lord, what is going on in our country?

Patriot brothers and sisters, the bottom line is while I am not advocating rudeness or bad behavior, it is time we stand up and be more confrontational for our freedoms, liberty and culture. Prayerfully ask God for wisdom regarding the proper timing and approach. But we must start confronting Obama-ites with the truth. We can not allow ourselves to be silenced for fear of being called racist and other threats.

Admittedly, this will be uncomfortable. But many before us have sacrificed all for America. America is worth a little discomfort. My prayers, love and support are with you. God bless.