January 27, 2011
Hallelujah! Finally, We The People have a voice. It's a bright new day! Rep. Michele Bachmann gave the Tea Party Movement response to Obama's State of the Union (bait and switch) address. 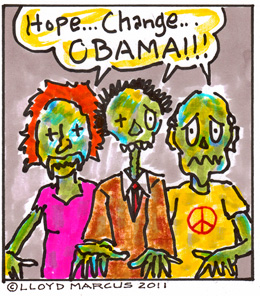 In their astonishingly arrogant continuous effort to do everything in their power to "shut us up," the liberal media is spinning Bachmann's speech; calling it ridiculous, unnecessary, a family feud within the republican party and simply prep for her run for the White House.

Bottom line, the liberal media despises We The People having a voice. Bachmann said her response to President Obama's State of the Union was just fulfilling a request to speak from the Tea Party Express. Thank you, Tea Party Express.

The liberal media was desperately hoping and even predicted the Tea Party Movement would fade away after the 2010 election. They still don't "get it," or should I say, "get us."

The Tea Party Movement is growing in numbers and power; still birthing new groups. Heck, we even have a Black Tea Party; my fellow black patriots hosting tea parties in urban neighborhoods. Praise the Lord!" Please excuse my Christian outburst, but I am so excited!. Americans are awakening from their, "Obama, Night of the Living Brain Dead" zombie state of mind.