March 6, 2011
With teachers' unions and everybody and his brother demanding entitlements; me, me, me, gimme, gimme, gimme, these two people give me hope. The American Spirit is alive and well.

A gray haired white guy knocked on my front door yesterday. Jim, the Meat Man. He was selling beef and seafood. Jim was a character, witty, upbeat and a gifted salesman. Jim made my wife Mary and I laugh. Like two bargaining Titans, Jim and Mary haggled over the price of his wares and struck a deal.

I liked Jim. There was something refreshingly American about a guy with a freeze on his truck using his wit, smarts and talent; going door to door earning a living. The quality of Jim's grass fed beef are awesome. I gifted Jim a copy of my "American Tea Party" music CD.

Susie is a black single mom in her early sixties. She has worked at our corner gas/convenience store for at least the past 5 years. At age fifty, Susie launched her last child out on it's own.

A big fan of Perry Mason and other lawyer TV shows, Susie decided to pursue her lifelong dream of becoming an attorney. Susie worked while attending college. She just graduated law school. It has taken her at least ten years. Wow, talk about commitment to a dream. Still working part-time at the store, Susie is an intern at a law firm.

What is so refreshingly American about Susie is her lack of an entitlement mindset. She simply works hard and does what needs to be done. Also, Susie does not appear to carry around any negative baggage; I'm a victim of racist America crap.

I stopped for gas at the store where Susie is employed. Susie was outside wiping down the glass doors. Never have I seen Susie's fellow employees taking such initiative. I gifted Susie an autographed copy of my book, "Confessions of a Black Conservative." Susie read and loved it.

Jim, the Meat Man's attitude and spirit made me smile. I so admire Susie's attitude and commitment to her dream. Jim and Susie are the kind of people who make America great.

Isn't it interesting how the "A" word, attitude, keeps popping up?

Brother and sister patriots, in my travels to over 200 tea parties across America, I have met thousands of folks like Jim and Susie. Because of you, we're goin' win this thing; this battle against a vicious, evil and relentless enemy within. God and righteousness are on our side. 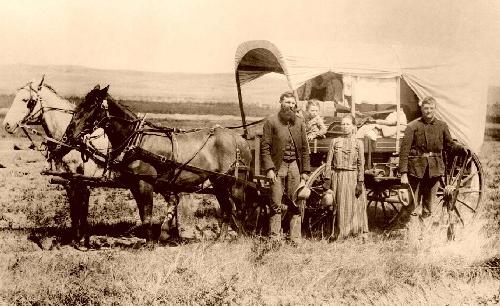